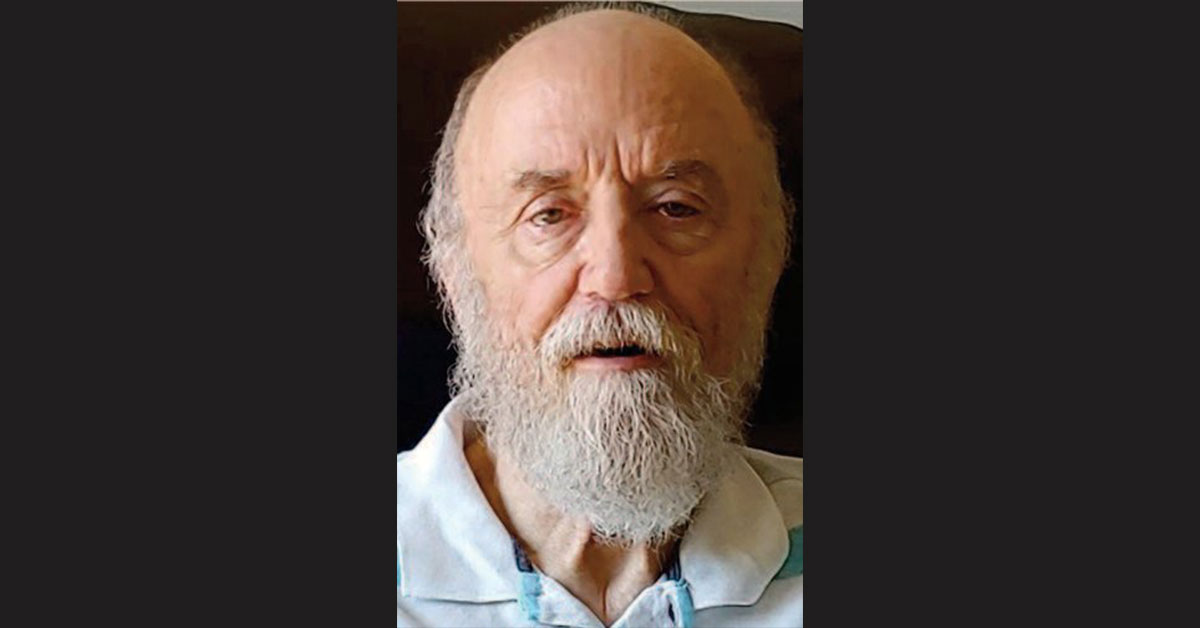 Oblate Father Chris Lockyer died at 78 on July 14 at Nazareth House, Durban, after patiently enduring much suffering for a number of years with spinal problems and Parkinson’s disease.

Those who visited Fr Chris know that his endurance was marked by spiritual resignation; he did not complain, only stoically reported any discomfort.

Fr Chris was born into an Anglican family on June 20, 1942. He attended a Catholic school and made many Catholic friends.

After school, he worked as a salesman for almost seven years. He was, during that time, a member of the Young Christian Workers and the St Vincent de Paul Society. He had an interest in joining the Anglican ministry.

However, at the age of 23 he was received into the Catholic Church and soon after explored a contemplative vocation with the Carthusians. But within the year and with the support of his parents, he was accepted into the Oblate novitiate in Germiston. He made his first vows on February 17, 1968, and his final vows exactly three years later at Cedara.

Fr Chris was ordained a priest on June 20, 1974, his 32nd birthday. His first task after his studies was to learn isiZulu. He served as assistant parish priest at Emmanuel cathedral (1975-77) and at St Anne’s, Sydenham (1977). He was appointed parish priest of St Anthony’s, Durban, an appointment that lasted one year (1978).

In 1979, Fr Chris was appointed full-time chaplain to a number of hospitals in Durban, particular to St Augustine’s and Entabeni. He spent the rest of his life in his ministry—33 years!

As he liked to tell the story; “They appointed me, and forgot about me. So I just continued.” And he did so with faithfulness and dedication.

His softly-spoken manner and gracious nature endeared him to patients and staff alike. During the 1980s he lived with the Marist Brothers, as their chaplain.

During this time he also preached a number of retreats that left a deep impression. His favourite icon was the face of the Saviour in the Divine Mercy picture, which had a prominent spot in his prayer space.

A lifelong friend, Michael Buckle, who was a fellow scholastic in the 1970s, says: “Fr Chris Lockyer was a naturally reticent person who nevertheless was very warm and caring to those in need of support or comfort. A very humble man, he had no qualms in seeking advice when that was necessary.

“A loyal friend, with a sly sense of humour, he could catch you unawares if you weren’t paying attention. It speaks volumes of his character and rapport that he was spiritual director and confessor to a good many of his fellow priests. His calm and caring demeanour will be greatly missed by many.”

Fr Scott Davidson CSsR was one of those priests who benefitted immensely from Fr Chris’ spiritual wisdom. He first met Fr Chris when he was in matric at St Henry’s College in Durban, when Fr Chris supplied for the chaplain at a day-retreat. “What struck me was his gentleness and holiness,” says Fr Davidson.

A meeting two years later and an invitation to coffee led to regular visits which became informal spiritual direction sessions.

“At some stage he steered the conversation around to vocation. He always let the Holy Spirit lead and never forced his own ideas on me,” Fr Davidson says.

“Chris had a great ability to listen, often hearing what you weren’t saying but should’ve been saying. So good was he as a listener that he shared little of himself.

“I often felt, when he said Mass, that he was talking to God only and both of them had forgotten that anyone else was there.

“And as he grew older, he said he needed fewer and fewer books—Scripture was more than enough.

“Chris radiated gentleness and peace and I think I never saw him truly angry. He imperceptibly changed my life and helped me find who I am. I will always be grateful,” Fr Davidson says.

Fr Lockyer is survived by niece Susan and nephew Terrence, children of his late brother. His sister-in-law Denise died in February this year.

Terrence Lockyer said: “I had only the slightest glimpses of Fr Chris’ work, but one need not have spent long in his company to have a sense of the many lives he touched.

“There was scarcely an occasion on which one did not meet somebody who knew him, and indeed at our mother’s funeral, one of the congregation, having heard me mention him in a eulogy, asked if he was a priest in Durban: she remembered him from the parish she attended in childhood,” Mr Lockyer said.

The Oblates are eternally grateful for the life of their brother Fr Chris Lockyer. He always remained in the background, but expressed the compassion of the crucified saviour to those to whom he ministered.