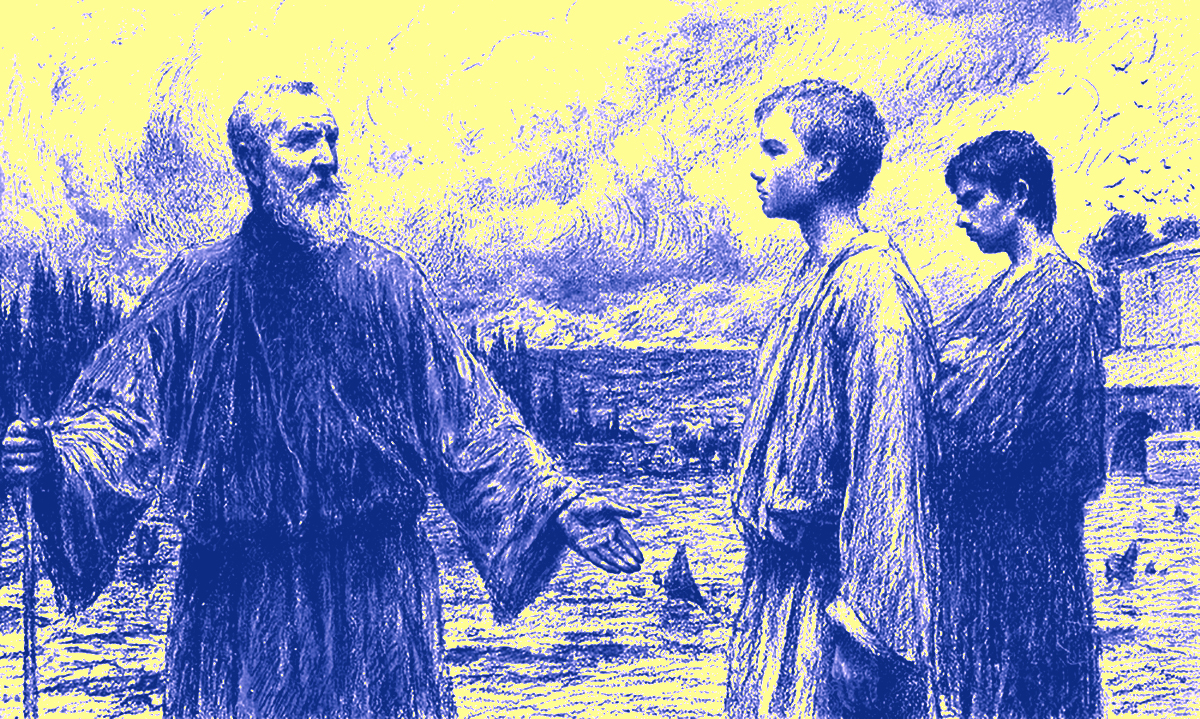 Tax collectors and prostitutes; traitors and whores; Jesus often uses these people as examples against the purported righteousness, orthodoxy, and purity of the Pharisees. What is it about traitors and whores that gets them gets them the thumbs up to enter the Kingdom of God, while Jesus has such harsh words for the religious leaders?

Jesus chooses those who are excluded, those who are despised; these Jesus befriends and eats with while the Pharisee’s rage. Instead of demanding repentance and justice, Jesus message that he proclaimed to these sinners was that “you are included, and the Kingdom of God is yours.” Wow, God’s Love and Mercy trumps justice and so the Pharisee’s rage and their anger will lead them to murder.

Let us allow ourselves to glimpse for the moment our own anger as “God with us”, this very Jesus himself, attends all the parties and weddings of the same-sex couples, cheats and swindlers, sexually deviant individuals, gays and lesbians? It is so terribly difficult to hold onto the first principle of Love that brings us joy and peace, while we so busy correcting another’s faults, failings and weaknesses.

In the context of Jesus’ sermon on “changing our minds” so that we may see and believe, they are equated to the son who says “no I will not go” but then changes his mind and goes to work in the vineyard. Naked in their need, it is the outcasts who recognise the gift of love that changes everything; first comes love. It is difficult to see good in those we have classified as evil, but it is virtually impossible to see the evil in our own ‘good intentions’. It is only by our living in the integrity of Love, that the world stands corrected. It is this integrity of love that transforms lives, authentically, worthily and truthfully.

Perhaps we also recognise some parents in this scene, the need for control, angry, and demanding. Perhaps this is our creation of God. We have the option of placating the source of power control, but losing our internal integrity, “I will go” but then fail to keep the promise. In our second option the child’s rebellion takes on the form of sullen, passive-aggressive sarcasm, “I will not go”, but then goes into the Vineyard.

Research shows that achieving a sense of social belonging is a fundamental psychological need. It would be bad enough if ostracism just reduced feelings of belonging, but being rejected can reduce self-esteem, a sense of control, and a sense of having a meaningful existence. Neuroscientists have found that social rejection is experienced like physical pain as it is connected to the same neural circuitry.

Why is the pain so acute? When you are the object of a heated argument, you may feel angry, but at least you are interacting with someone. When you get the silent treatment, a common form of ostracism, especially amongst narcissists, you feel as if you do not even exist. The imposition of silence is a power play that expresses the ultimate contempt for the target: as George Bernard Shaw put it, “Silence is the most perfect expression of scorn.”

The one giving the silent treatment gets to feel control, whether by not answering email or what’s up message, turning away in the middle of a conversation, or pretending not to hear or understand a question.  The message is loud and clear: “You do not matter.”

The Pharisees, like religious institutions are adept at using ostracism and exclusion as a means of power and social control. We readily buy into this institutionalised malicious vandalism because it makes us feel better about ourselves; we are not like those others; we are the chosen ones, the inner circle, worthy, outwardly orthodox and compliant; we have ticked all the boxes.

Notice how we inevitably blame the prostitute, while the customer appears to be airbrushed out of the scene; power and corruption always seeks the powerless as the ready scapegoat. Many religious institutions and the state wield power today is beyond our sanction and so our quivering finger points at the weak, tax collector, the sex worker, the refugee and the foreigner.

When we are ignored, ostracised, despised and excluded, our suffering can indeed be the cause of fear and despair. Jesus speaks into this despair and inflames our deep hunger for meaning and belonging.

A church which has been sanitised of all those we would call sinners, no longer has Jesus at the head of the table. Jesus has left the building to eat with those whom we have ignored, despised and excluded. Pope Francis reminds us often that the church does not exist for people without faults, but for sinners in need of God’s mercy as he also laments that so many people believe the opposite.

The Ascension Of The Lord Reflection