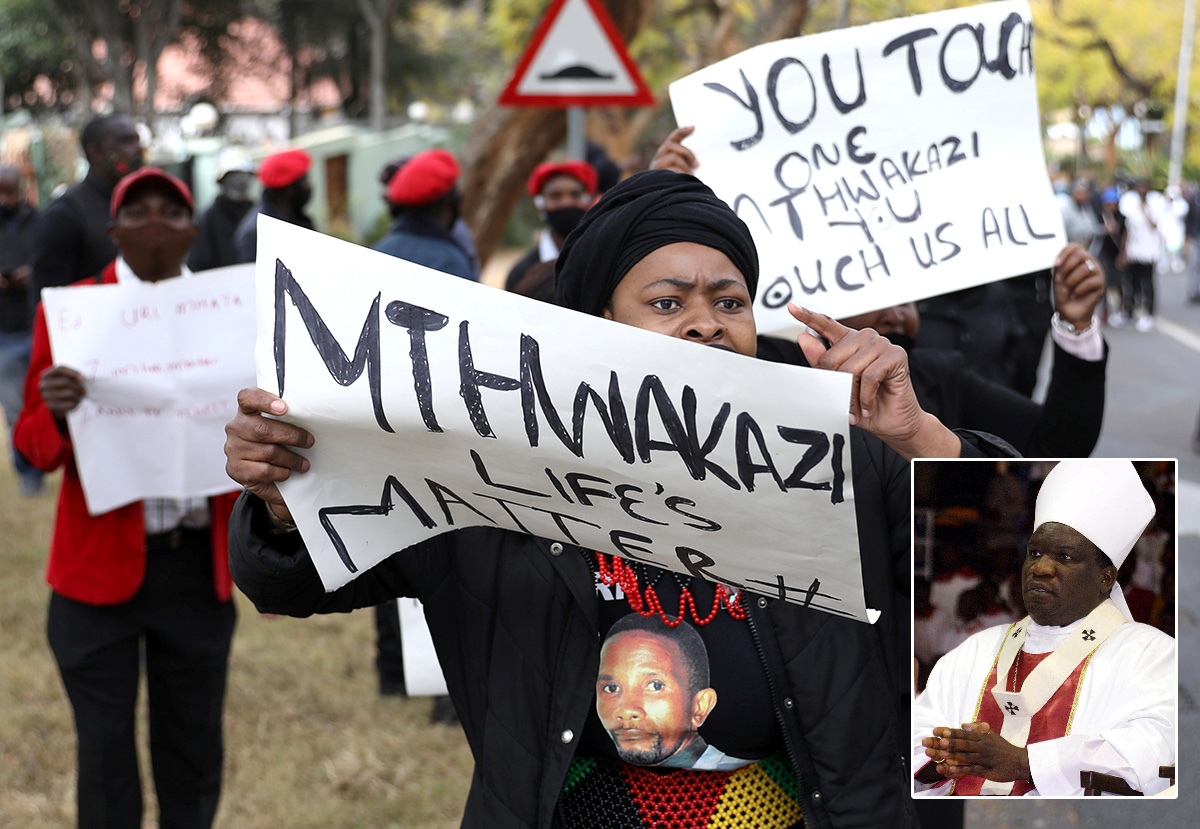 The public support given to the bishops of Zimbabwe by the Southern African Catholic Bishops’ Conference (SACBC) and other Church bodies has been a significant sign of solidarity — with the bishops of that country and its people who feel the repression of a Zanu-PF government that is simply unable to live by the basic principles of democracy or obligation of competence.

The messages of support, even tacitly by the apostolic nuncio, came in response to the government’s vitriolic attack on Zimbabwe’s Catholic bishops over this month’s pastoral letter “The March Has Not Ended”.

In the pastoral letter, the bishops called the present crackdown on dissent “unprecedented”. Even if one allows for a measure of hyperbole, the situation in Zimbabwe must be distressing if the bishops deem it to be worse than the persecution of dissent under the regime of the late President Robert Mugabe.

Clearly President Emmerson Mnangagwa has abandoned his initial promises of reform, and now perpetuates his predecessor’s policies of despotism.

What has changed is that Zimbabwe’s bishops are now united in speaking out, and consent to external criticism of their government by brother bishops in other countries.

This was not possible in the 2000s, when Church conventions of diplomacy prevented our Catholic bishops from criticising human rights abuses in Zimbabwe without the consent of that country’s bishops’ conference.

At that time, it often was The Southern Cross which articulated a South African Catholic position on Zimbabwe, for which many bishops were privately thankful.

This month’s acts of solidarity with Zimbabwe’s bishops have set a marker for the Mnangagwa government. And still, the government’s attempts at de-escalating its attack on the bishops has been pitiful.

Subsequent statements softened the tone but not the content of what was a demagogic attack on the bishops.

At the very least, they should have drawn the sting of the chilling ethnic slur aimed against Archbishop Robert Ndlovu of Harare, who was born in Matabeleland—the region of the Gukurahundi genocide in the mid-1980s.

Zimbabweans need not be reminded that among those who led the genocide was President Mnangagwa.

The manner in which Archbishop Ndlovu was singled out for attack marks him as a public face of justice, whether he welcomes that role or not. And that means that the archbishop may well remain in the crosshairs of the government’s propaganda.

We do not know the contents of the meeting of the apostolic nuncio, Archbishop Paolo Rudelli, with Zimbabwe’s foreign minister, Sibusiso Moyo.

The nuncio was reportedly summoned to explain whether the pastoral letter of the bishops represents the views of the Holy See. We may presume that the nuncio outlined the Catholic principle of subsidiarity.

He might well have explained in broad terms the Holy See’s commitment to democratic principles and justice, without necessarily being explicit in applying them to Zimbabwe’s shortcomings in those areas.

We could speculate that the nuncio might have told Mr Moyo that the Holy See regards the personal safety of its bishops and clergy who are critical of their governments as imperative to good diplomatic relations.

After the government’s intemperate reaction to the pastoral letter, the Church will keep a close eye on the safety of the bishops and priests in the country — and especially that of Archbishop Ndlovu, whom the government accused of “evil-minded leadership”.

During the Cold War, the Holy See often aided (if not always secured) the safety of Church leaders targeted by repressive governments by elevating them to the rank of cardinal. This also signalled the Church’s position to repressive rulers.

Deploying this diplomatic device may yet represent an option should human rights abuses and attacks on the bishops continue in Zimbabwe.

In the interim, the bishops and the people of Zimbabwe need our solidarity. We must not let them stand alone against a morally exhausted government.

The bishops of Zimbabwe need the Church’s unequivocal support, for, as the SACBC message of support said: “Keeping quiet is not an option, and as shepherds of the people your voice of support gives hope to the people entrusted to you to carry on.”