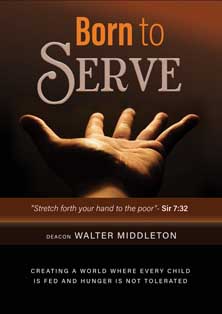 A Johannesburg deacon has launched his memoirs which detail his journey from poverty in India to becoming a global leader in poverty relief.

Deacon Walter Middleton launched his book Born to Serve at St Patrick’s church in La Rochelle, Johannesburg. The keynote address was held by Mgr Barney McAleer, who for many years was Deacon Middleton’s parish priest.

The book details Middleton’s work with two of the world’s largest humanitarian organisations, CARE and World Vision, where Deacon Middleton was responsible for feeding millions of poor and hungry people. It also tells his journey from the small town of Phulera in the Indian state of Rajasthan, where, he writes, “our family of seven survived on less than $2 a day”.

Middleton, 72, describes his book as a story of hope which may offer helpful insights to readers. In it, he explains his award-winning work and his faith journey which culminated in his ordination to the permanent diaconate. The author also explains his surname, which is unusual for an Indian: his great-grandfather was an Englishman who settled in India. This gives rise to a discourse on Anglo-Indians.

For Catholics, the book’s affirmation of faith and prayer will be particularly attractive. Middleton’s family was devoted to the rosary, and even in South Africa, his devotion to Our Lady of Vailankanni has not been diminished. Since his first visit there in 1969, he has been back more than 26 times, “as I have been blessed with innumerable favours”. He devotes a section of the book to those blessings.

Soon after that first visit to Vailankanni, Middleton got his first job with the poverty-relief organisation CARE, starting off as an office assistant. Over many hard lessons, he worked himself up the chain to take on tasks of increasing responsibility, including stints of development work in Somalia and Mozambique (the latter during the country’s civil war). It was in Mozambique in 1988 that Middleton went to work for World Vision, a global Christian NGO. After nine years in Mozambique, the Middletons moved to South Africa.

A large chunk of the book is given to the professional career of the author, giving an insider’s view into the workings of charitable NGOs. Church organisations may well benefit from these insights in their own endeavours to operate effectively, accountably and transparently. For the general reader, the career narrative may not be always gripping, though the account of two hostage situations and a near-death experience in the midst of the Rwandan genocide of 1994 are white-knuckle stuff. 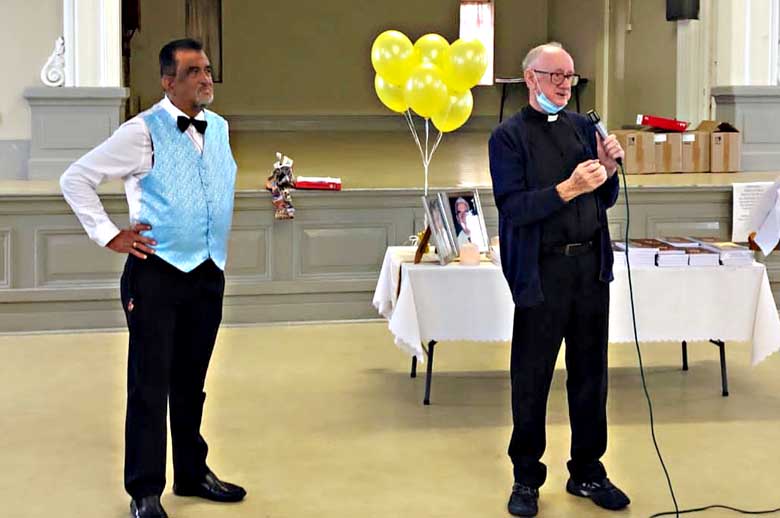 Mgr Barney McAleer speaks at the launch of Born To Serve, the memoirs of Deacon Walter Middleton (left), at St Patrick’s parish in La Rochelle, Johannesburg.

Middleton also writes about his family; the story of how he met and later married his wife June reveals a few things about Indian Christian culture and custom. He also describes the struggles his family had on account of his frequent absences due to professional travel, and the effects on the family of living in the diaspora (son Clint identified as a Mozambican after arriving in Johannesburg).

Middleton also writes engagingly about meeting Popes John Paul II and Francis. Both popes would be impressed by the work Middleton has done, in cooperation with others, for the St Vincent de Paul Society.

Meeting these popes was on Middleton’s “bucket list”, as was becoming a deacon. A full chapter is dedicated to that seven-year journey, with February 10, 2018, being the date on which Deacon Middleton could strike that item of his list.

Born to Serve is written with clarity, telling the story of a life well lived in the service of others. Middleton tells his story with humility but not false modesty. He believes his life holds lessons, and he outlines these at the end of each chapter for further reflection.

For those in the NGO world, this book offers valuable insights. General readers might skim over the more technical passages — though these are certainly informative — but they will enjoy the vignettes of Middleton’s life. And Catholics will be inspired by the impact of the faith on this man of service.

• Born To Serve can be ordered from frank@writeonpublishing.co.za