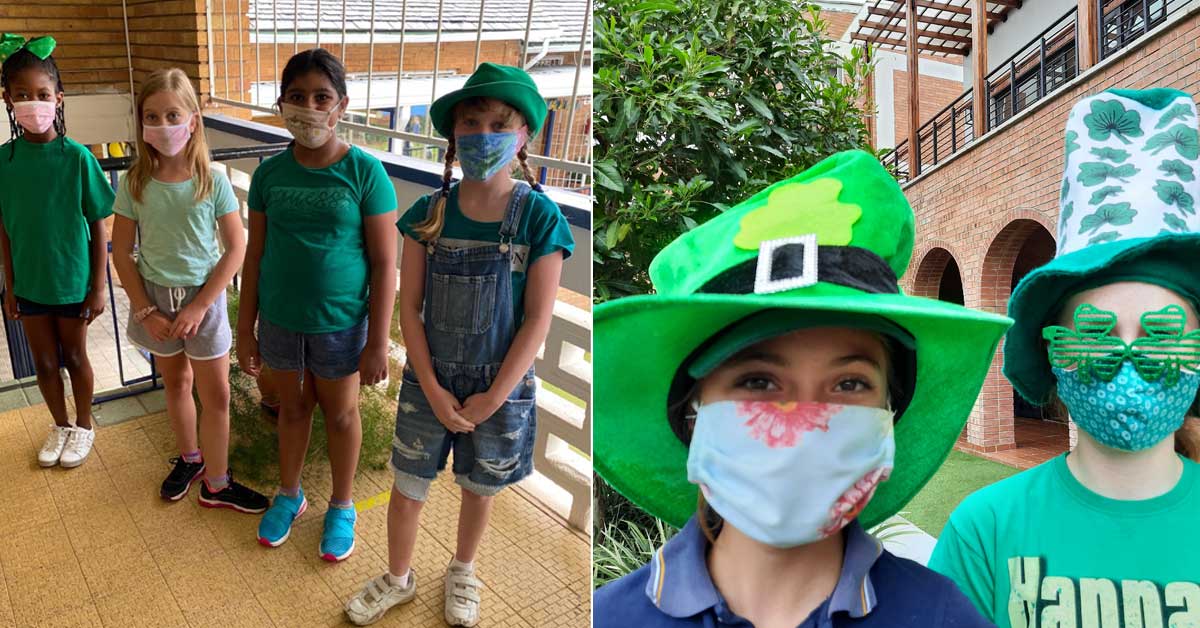 On Wednesday 17 March, St Teresa’s School in Craighall dressed in various shades of green and brought non-perishable food and Easter eggs to school for those in need to be distributed by the Sisters of Mercy.

St Patrick, the Patron Saint of Ireland, homeland of the founder of the Sisters of Mercy, Catherine McAuley. He was born in England in the fifth century, but when he was a teenager, he was captured by Irish pirates and taken to Ireland as a slave. After six years, he escaped and returned to England and his family. When he became a priest, he returned to Ireland and converted many Irish to Christianity.