Four Things We Learn from the Annunciation 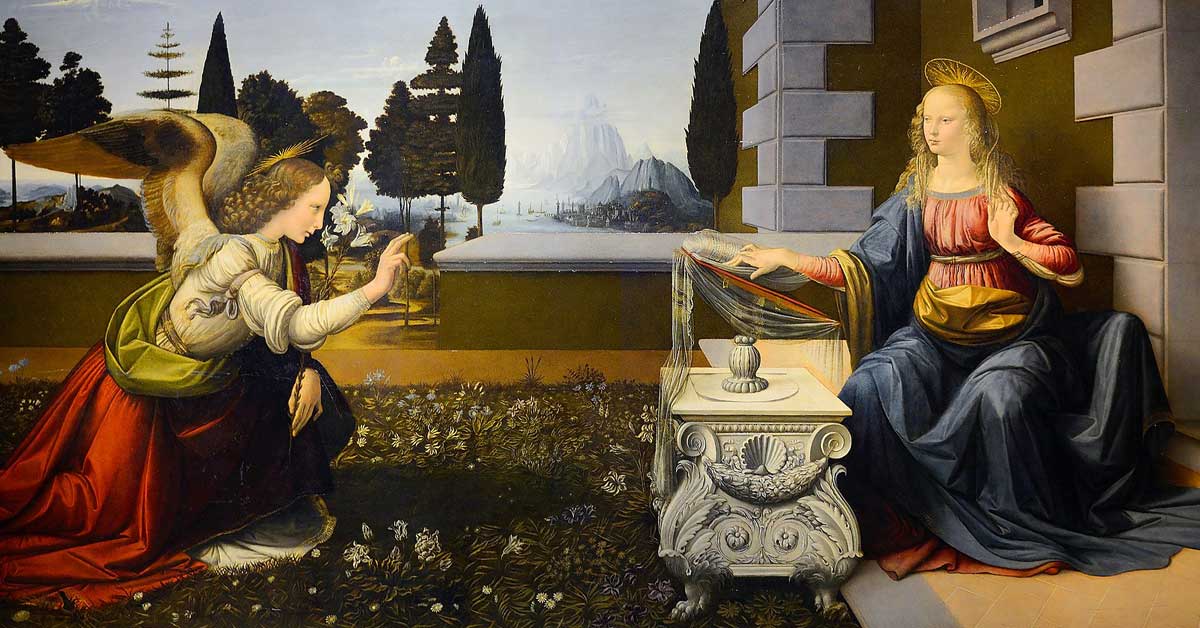 The feast of the Annunciation marks the moment of God becoming human. Prof Michael Ogunu suggests four points for reflection.

At the very instant when Mary consented to be the Mother of God, “the Word became flesh” in her womb (Luke 1:26-38). The feast of the Annunciation celebrated on March 25, is an ancient commemoration of that event, going back to at least the 5th century.

The Gospel of Matthew also affirms the virginal conception (Mt 1:12-25). An angelic messenger tells St Joseph: “Have no fear about taking Mary as your wife. It is by the Holy Spirit that she has conceived this child” (Mt 1:12-25).

Most notable in the Annunciation account is the response of the young girl: “I am the servant of the Lord. Let it be done to me as you say” (Luke 1:38). Mary chose to be a servant of the Lord and to bring the Saviour into the world. It proved to be a heroic service of love, for with her son, she walked the Way of the Cross.

The feast of the Annunciation teaches us several truths that are worthy of our reflection.

Firstly, God became human because he loves us and wanted to join his divine nature to our human nature so that we could share in his divine nature by grace. This truth is a central theme of the teaching of the Catholic Church. It is also the basis of the sacramental life of the Church.

The kind of new life that Jesus came to give us is a sharing in divine life that we had lost through the first or original sin of Adam and Eve. Now by Jesus’ death, it would be restored and the sacraments would be the means of receiving it and growing in it.

Secondly, this event teaches us that God requires our cooperation to bring about the salvific deeds he intends to accomplish. Without Mary’s fiat, the Son of God would not have become human and we would not have been redeemed.

Thirdly, the feast of the Annunciation teaches us that life begins for human beings at conception. The Church has always believed that Jesus became human at the moment of his conception, not at the moment of his birth. The Latin text of the Creed states this very fact when it says: “…and he became flesh by the power of the Holy Spirit through the Virgin Mary and became man.”

This is also the third declaration of the Angelus when one says, “And the Word became flesh”, with the response “And dwelt among us.” This truth also reminds us why the Catholic Church so strongly condemns abortion from the moment of conception.

Mary is the New Eve because, as the sinless Mother of God, and made so by Christ her Son, she becomes the mother of all the truly living, those who accept and live in the very life of God.

So as we celebrate the feast of the Annunciation, let us rejoice in all the truths that are found in this great mystery.

Let us begin to pray the Angelus daily in our families to commemorate our God becoming human by means of Mary. Let us rejoice that the Son of God truly came to dwell with his people by becoming human and opening the doors of heaven for us to enter.