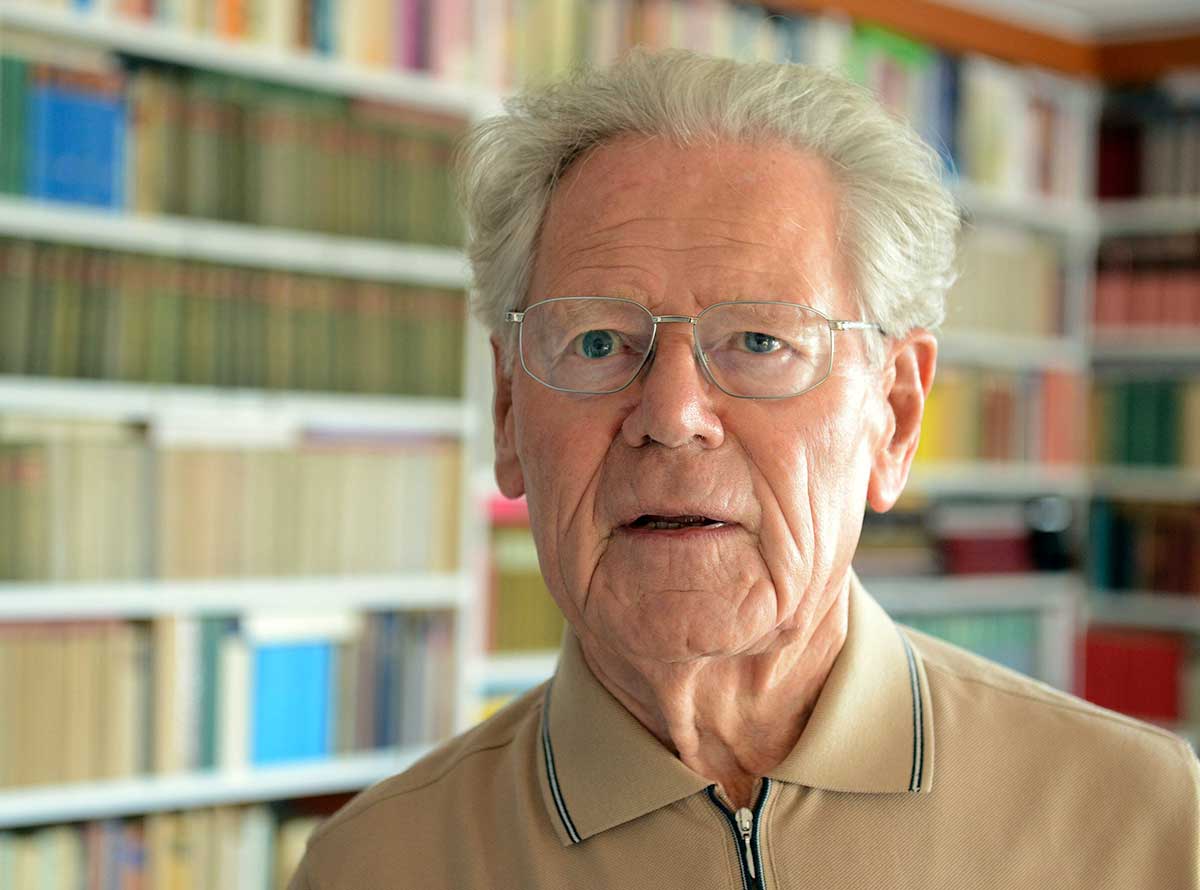 By Cindy Wooden – German and Swiss bishops who knew and worked with Father Hans Küng described him as a man who loved the Catholic Church, even though the theologian sometimes went beyond the limits of Catholic doctrine and criticized the decisions of church leaders.

Swiss-born Father Küng, 93, died April 6 in Tübingen, Germany, where he lived and taught for decades.

German Cardinal Walter Kasper, speaking to L’Osservatore Romano, the Vatican newspaper, described Father Küng as a person who knew deep in his heart that he was Catholic and never left or wanted to leave the church, even if “his behaviour” was not always that of a Catholic.

In an interview published April 7, Cardinal Kasper, a theologian and retired president of the Pontifical Council for Promoting Christian Unity, spoke about having served as a doctoral assistant to Father Küng from 1961 to 1964, before a long period of distance and deeply diverging views on a host of theological questions and the proper way to raise them.

But in the past few decades, the cardinal said, their relationship was one of “mutual respect” and exchanges of cards and letters for holidays and other celebrations. “Certainly, the theological differences remained, but on a human level, the relationship was straightforward and peaceful.”

Father Küng was more than a critic of the church; “he was a person who wanted to promote renewal of the church and realise its reform,” the cardinal said. “However, in my judgment, he went too far – beyond Catholic orthodoxy – and so did not remain tied to a theology based on the doctrine of the church, but ‘invented’ his own theology.”

The cardinal said he found “unacceptable” the way Father Küng had sometimes spoken about Pope Benedict XVI, with whom he had served as an expert at the Second Vatican Council, but “I know Benedict prayed for him.”

Still, Cardinal Kasper said, Father Küng always was ready to talk, discuss and debate, and he knew how to write and talk about religion in a way that was understandable to people who were not Catholic or had moved away from the church. He also was a pioneer in ecumenism and interreligious dialogue.

Nearing the end of his life, Father Küng drew close to Pope Francis, the cardinal said.

“Last summer I phoned the pontiff to tell him that Küng was near death and wanted to die at peace with the church. Pope Francis told me to pass on his greetings and his blessing.”

“Certainly, the theological differences remained and were not resolved,” the cardinal said. But “on a pastoral and human level, there was a reconciliation.”

“He wanted to die at peace with the church despite all the differences,” Cardinal Kasper said.

Bishop Georg Bätzing of Limburg, president of the German bishops’ conference, said: “Hans Küng never failed to stand up for his convictions. Even if there were tensions and conflicts in this regard, I thank him expressly in this hour of parting for his many years of commitment as a Catholic theologian in communicating the Gospel. The dialogue of religions in the quest for a global ethic was of great concern to him. Hans Küng was deeply influenced by the Second Vatican Council, whose theological reflection he sought.”

Although he taught in Tübingen, Father Küng remained a priest of the Diocese of Basel, Switzerland. Bishop Felix Gmür of Basel, president of the Swiss bishops’ conference, said that for all his criticism, “Hans Küng was a lover of the church.”

“He did not want to make the church superfluous and did not want it to perish. He wanted a renewed church, a church for today’s people,” Bishop Gmür said.

“He fought for a church that would deal with the realities of life as they are and with the world as it is. He wanted a Christian church and a Christian faith and people of Christian faith who listen and are heard, with whom one can discuss, who get involved, who live out of their trust in God, who serve peace together with other believers,” the bishop said.

“That is why he dealt with the church as it is. He did the same with me, his bishop. He loved, and because he loved, he demanded. That could sometimes also be exhausting. This was experienced by some with whom he did not hold back with criticism, especially the popes,” he said.

Bishop Gmür said he was sometimes surprised by the way Father Küng “positively stood by the papacy despite all his struggles.”