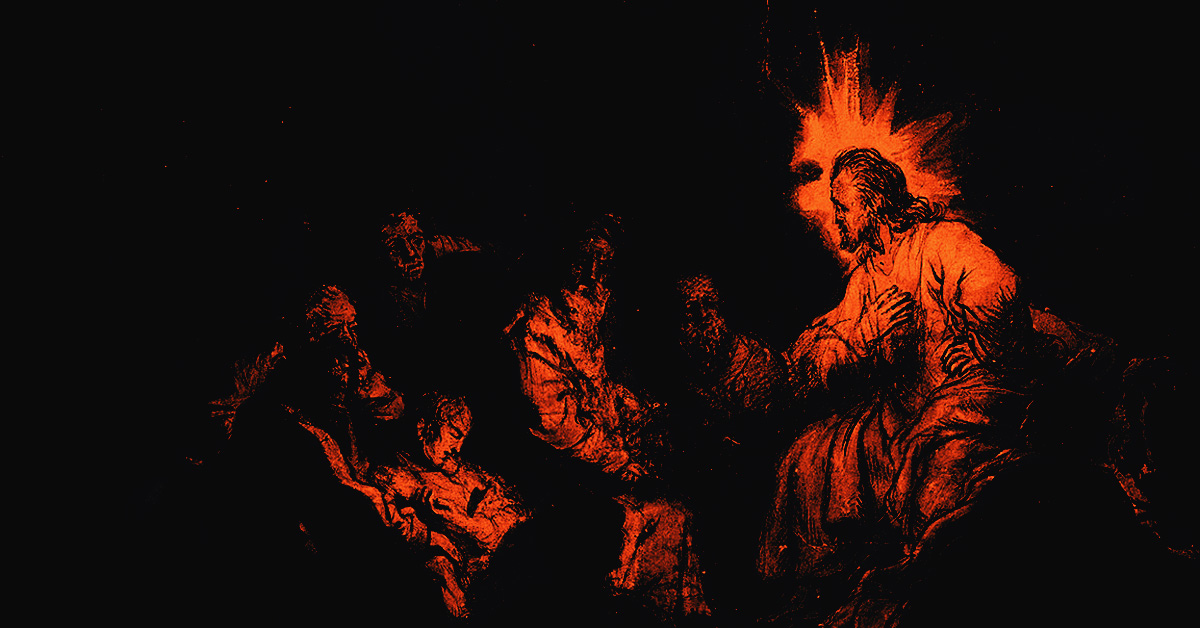 SERMON AND CHRISTIAN ACTS IN THE WORD

Traditionally, the second Sunday of Easter is also called “Sunday in White” since it was the day when those baptised during the Easter Vigil symbolically removed the white robes which they wore for the period of eight days. This rite symbolized entry into ordinary life. On this occasion, the liturgy focusses on the effect that belief in the Risen Lord is to have in the daily life of a Christian. One of these effects is the empowerment to rise above self-centeredness. And this is the theme of today’s scriptural readings.

Sermon (Reflection): Second Sunday scriptural readings and liturgy show that one of the fruits of Jesus’ resurrection is liberation from self-centeredness and being merciful. This is well noted in all the readings. First, in the book of Act of Apostles (Acts 4:32–35), we encounter the act of sharing one’s material resources unreservedly, and to focus on providing for the needs of others. This is an act of being merciful and rising from self-centredness and share the little resources we have with each other. The passage from the book of Acts contains a short summary of the life of the community of the first believers. The author emphasizes that they “were of one heart and soul”. This is the second time this ideal image of the first community appears in the text of Acts (Cf. Acts 2:42-47). Luke repeats this description to emphasize that this is a model for all generations of the faithful. And as good Christians, we need to be of one heart and soul.

Besides having unity in faith, early believers formed a community of shared goods. They held all property in common, and even sold what they owned to provide for the needs of others. Such complete and selfless sharing is very difficult. But these early Christians could do it because it was an expression of their faith, and the testimony to the unity of heart and soul among the community members. Luke emphasizes that this radical sharing took place in the context of the apostles giving “their testimony to the resurrection of the Lord Jesus”, and doing so “with great power”. We might ask ourselves today as Christians, are we giving testimony by living in unity of faith and share goods in common? We need to be merciful and other-centred.

The second scriptural reading of second Easter Sunday reminds us to be born-anew in Christ. The author of the First Letter of John (1 John 5:1–6) understands faith in Jesus as the Son of God as a new birth. He explicitly states that, “everyone who believes that Jesus is the Christ has been born of God”. These words recall the conversation Jesus had with Nicodemus, where he spoke about the necessity of “being born again”, or “from above” (Cf. John 3:3). For the author of 1 John, faith in Jesus means such a new birth. As Easter people with faith in Jesus Christ, have we born anew?

This faith expresses something even deeper; it means that the one who believes in Jesus loves God himself. And God is so merciful and full of love. Love, however, needs to be expressed in practical ways. According to the author, this love is to be lived out through obedience to God’s commandments, particularly the one which he calls the “new commandment” (1 John 2:8). The author defines it in 1 John 3:23: “this is His (God’s)commandment that we should believe in the name of his Son Jesus Christ and love one another”. This double commandment summarizes the entire Christian life. Love, being fundamentally other-centred, implies rising above self-centeredness and being merciful as God Himself is merciful.

The Gospel (John 20:19–31) narrates two encounters of the disciples with the Risen Lord, taking place on two consecutive Sundays. Both touch upon the theme of self-centeredness. In the first account, the disciples are utterly focused on their own security. They barricaded themselves in a room for fear of those who had just executed Jesus.

Peace in the midst of fear comes in the form of Jesus’ assurance that He has overcome death. To this end, He showed them His wounds. He indeed died, but was now alive, a living testimony to the defeat of death. We are Easter people.

The Holy Spirit given to them is the liberating power that enables them to begin their mission to the world. John, the evangelist, does not describe this mission as proclamation of the Risen Lord, as the other Gospels do. Instead, he writes about “forgiveness or retaining of sins”. In this Gospel, sin primarily means the sin of unbelief which implies a rejection of Jesus as the Son of God. Such sin leads to separation from Jesus and from his Father, resulting in eternal death (Cf. John 9:41; 15:22; 16:9). Describing the disciples’ mission as forgiving and retaining sins, John means that the disciples are to proclaim Jesus as the Son of God to the world. Those who accept this message, and believe, will have eternal life – their sin of unbelief will be removed (forgiven). Those who reject the message will have their sin “retained”. Their remaining in unbelief will lead to the loss of eternal life. In this passage, the disciples are released from their self-absorbed concern and sent on the other-centred mission of bringing life to the world through their proclamation. That is the Divine Mercy, God is so forgiving.

The second encounter involves Thomas, a disciple who serves as an example of disbelief. Thomas refused to believe in Jesus’ resurrection on the strength of the others’ testimony. He decided to be completely self-reliant in his beliefs and insisted on having a personal and physical experience of Jesus. Luckily for him, Jesus provided him with just that.

The entire story of Thomas provides a clear lesson and a warning. Christian faith rests on the testimony of others. Jesus cautions all future generations of Christian regarding this by stating that blessed are those who believe without seeing and touching. The future generations of Christians, unlike Thomas, must come to faith relying on the strength of the testimony of others, rather than themselves. Indeed, John wrote his Gospel to provide such testimony as the basis for faith and life (John 20:31).

This teaches that Christians cannot rely solely on their own experiences but also on the testimony of others to come to and grow in faith. Indeed, when a person rises above self-centeredness, the resurrection faith can have its full effect. It is then that the believer can fully understand that Jesus is, in words of the Psalmist, “the stone that the builders rejected, who has become the chief cornerstone”.

Christian Act in Word of God “Being Merciful& Other-Centred”

God is so merciful and as Christians, we need to emulate the mercy of God and be merciful people. Faith is measured by one’s readiness to rise above self-centeredness and give oneself completely in service of God and neighbour.

The early Christian community had many experiences like the one shared above. The act of giving was part and parcel of their way of life. They did not just give out of their surpluses, they gave abundantly out of faith. Such generosity made the whole group of believers to be of “one heart and soul.” The first generations of Christians were able to give freely because they felt liberated from fear and insecurity – the old self had given way to a new self.

The encounter with the risen Lord, as narrated in the Gospel text, brought a new lease of life to the apostles and, by extension, to those who came to believe in the resurrected Christ through their testimony. For these fervent believers, the resurrection of Christ was not just a piece of information to be kept in an archive but an event that had a transformative character on all those who pledge allegiance to Christ. Their conviction was enshrined in the words: “And this is the victory that conquers the world, our faith” (1 John 5:4).

The transition from the season of Lent to the season of Easter offers us the opportunity to express our faith tangibly. In choosing to die with the Lord, we have died to self-centeredness. Now in the resurrected Christ, we have a new life that expresses itself in selflessness. This life is both evident and expressive. Hence, we need to be merciful as our heavenly father is merciful.

Our faith is both our trademark and our victory. We reach out to those in need, and help advance the cause of salvation, not because an external law has been imposed upon us, but because the Spirit of the risen Lord moves us into action. Although we have not yet seen him with our physical eyes, we have come to believe that Jesus is alive.

He makes his presence felt in our lives and we are filled with boundless joy. We desire to share our joy with those we meet, and bring others to experience the wellspring of salvation. We share our treasures with others without any hindrance of selfishness. We give abundantly because we have received abundantly. Ours is not a fleeting pleasure but an experience of true and lasting peace. We are in the world but no longer of the world. We are in the flesh but no longer of the flesh. In Christ, we have risen above self-centeredness and we are alive! We need to be merciful people.

Action: From today onwards, I (we) will be merciful as the heavenly Father is merciful.

Prayer: Merciful Father, in raising your Son Jesus Christ from the dead, you have rekindled in us the virtues of being merciful and loving. Inspired by the Spirit of the resurrection, may we be merciful, loving and step forward to announce the good news of salvation to all, we ask this through the Risen Christ our Lord, who lives and reigns with You in the Unity of the Holy Spirit, one God forever and ever, Amen.