Cardinal Tumi, Defender of Peace, Dies in Cameroon at 90 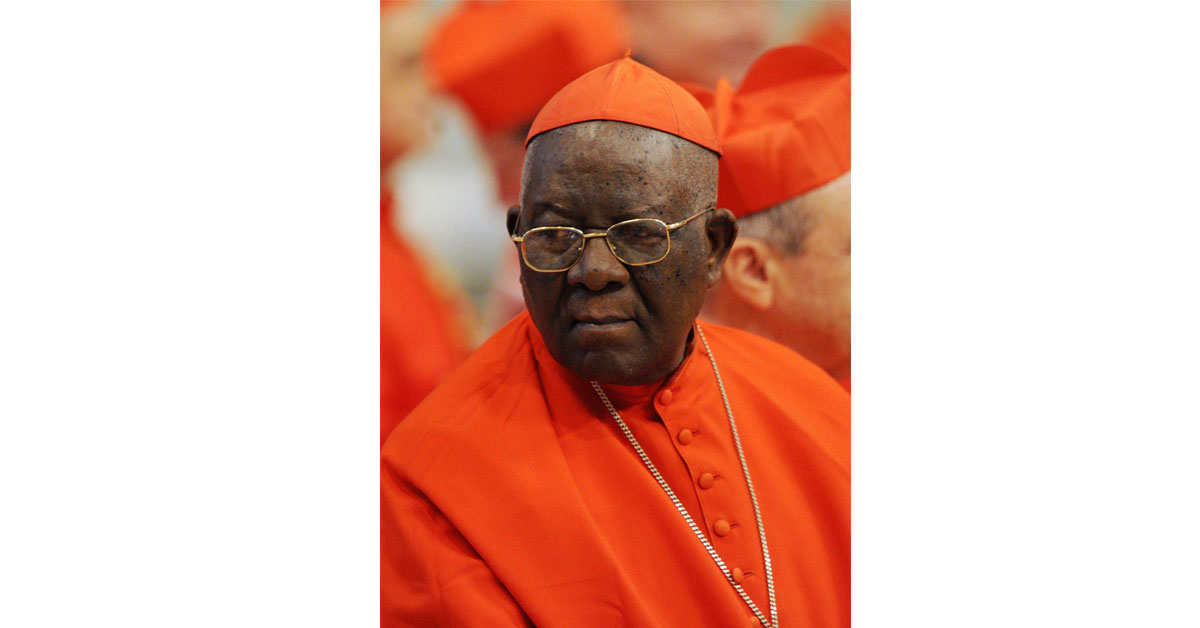 Even in his old age, Cardinal Christian Tumi, the retired archbishop of Douala, Cameroon, was a force for peace and reconciliation in his country, Pope Francis said after the 90-year-old cardinal died April 2.

In fact, in November, a month after his 90th birthday, the cardinal and 12 other people were kidnapped in the northwest region of Cameroon, interrogated and held for a day before being released unharmed.

Cardinal Tumi had been actively engaged in trying to resolve a crisis that has engulfed Cameroon’s Anglophone regions in the northwest and southwest, which had once been British-ruled territory; the English-speaking people there represent a minority – about 20% – of the population of the entire, mainly French-speaking, nation.

The crisis began in 2016 with protests over government appointments of French speakers to government posts and imposing the use of French in courts, schools and administrative centres in the English-speaking regions.

But even before the present crisis, he had a long record of working to overcome poverty and ethnic divisions in Cameroon and trying to foster peaceful resolutions where there was discrimination and injustice.

“Cardinal Tumi left an unforgettable mark on the church and the social and political life of his country,” Pope Francis said in a message of condolence to the Archdiocese of Douala. He always committed himself “with courage to the defence of democracy and the promotion of rights.”

Born October 15, 1930, he was ordained to the priesthood in 1966 and named bishop of Yagoua in 1979. Appointed coadjutor archbishop of Garoua in 1982, he became the archbishop in 1984. St. John Paul II elevated him to the College of Cardinals in 1988, making him Cameroon’s first cardinal.

He received the Nelson Mandela award in 2019 for his work in building peace and justice in Cameroon.

Cardinal Tumi’s death leaves the College of Cardinals with 226 members, 126 of whom are under the age of 80 and eligible to vote in a conclave to elect a new pope.