Priest and 9 Catholics Shot 50 Years Ago Were “Entirely Inncocent” 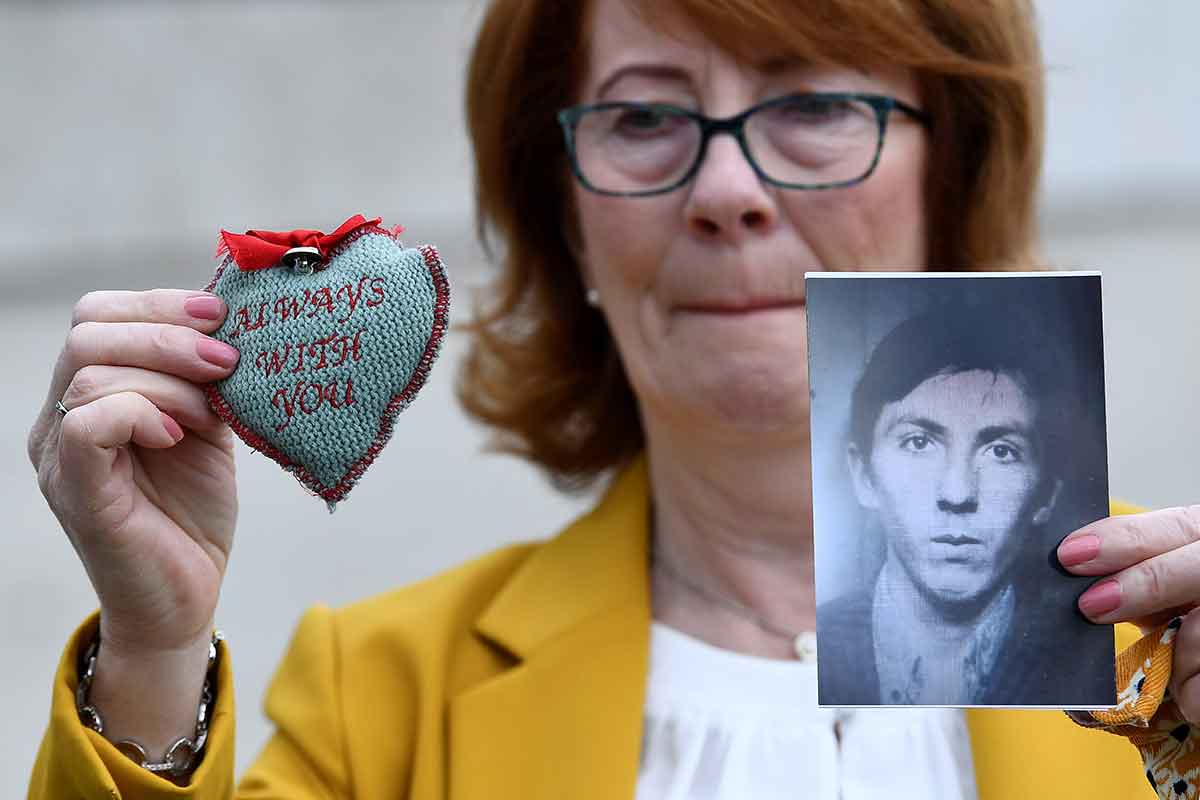 Rita Bonner, sister of a victim John Laverty, arrives at an inquest in Belfast, Northern Ireland, May 11, 2021. A coroner ruled that Laverty and nine other Catholics shot dead by British troops almost 50 years ago were “entirely innocent” and their deaths were unjustified. (CNS photo/Clodagh Kilcoyne, Reuters)

By Michael Kelly – A coroner in Northern Ireland ruled that a priest and nine lay Catholics who were shot dead by British troops almost 50 years ago were “entirely innocent” and their deaths were unjustified.

What became known as the Ballymurphy Massacre in Belfast, Northern Ireland, in 1971 remains one of the most controversial incidents in the conflict in the region and, at the time, British authorities referred to those killed as terrorists.

Justice Siobhan Keegan delivered her findings in relation to the deaths of the 10 victims over the course of more than two-and-a-half hours in Belfast May 11.

It marked the culmination of an almost 50-year campaign by families to have the dead declared innocent. Families wept, clapped and hugged when the coroner described the use of force by the troops as “disproportionate.”

A fresh inquest began in 2018 and heard more than 100 days of evidence.

Bishop Noel Treanor of Down and Connor reacted immediately to the findings, saying, “It is a sad indictment on our society and state that these families have had to listen to misinformation and untruth propagated about their loved ones for almost 50 years.”

The bishop, who accompanied the families to the inquest, said: “It was immensely humbling and moving to sit alongside the relatives of the Ballymurphy victims as they listened to the findings of the inquest.

“These families have sat through and listened to the harrowing and graphic evidence about how their loved ones died as well as how they were treated both before and after their deaths,” he said.

The inquest heard evidence that soldiers had treated the bodies of those who were killed with disrespect.

“These same families can now say with one voice that the truth has been heard. History will forever record the innocence of their loved ones,” Bishop Treanor said.

Referring to Father Hugh Mullan, who was killed while administering the last rites to the dying of his parish, Bishop Treanor said: “With selfless pastoral devotion, Father Mullan made the ultimate sacrifice and lost his life anointing his parishioners.”

Bishop Treanor also paid tribute to the families: “I have witnessed over many years their respectful dignity and fortitude as they have pursued and campaigned for truth and justice.

“I have also been impressed by their strong sense of solidarity. These families who have been drawn together in sorrow and bereavement are also united in courage and hope. With the publication of the inquest today, they have been vindicated in protecting the innocence of their relatives,” Bishop Treanor said.

Keegan said this has been the longest running inquest in Northern Ireland to date. She thanked the victims’ families on what she called a “difficult occasion of remembrance” and said she hoped that “some peace may be achieved now that these findings have been delivered.”

The shootings happened immediately after the introduction of internment without trial in Northern Ireland. At the time, many Catholic men were arrested and held for long periods without recourse to legal counsel or the courts.

“I can allay that rumor and suspicion once and for all,” she said.

No one has ever been charged or convicted in connection with any of the deaths.

Locked-Down Church: Alone and Together

In Silent Church of the Beatitudes, Franciscan Nuns Expand their Prayers
Share