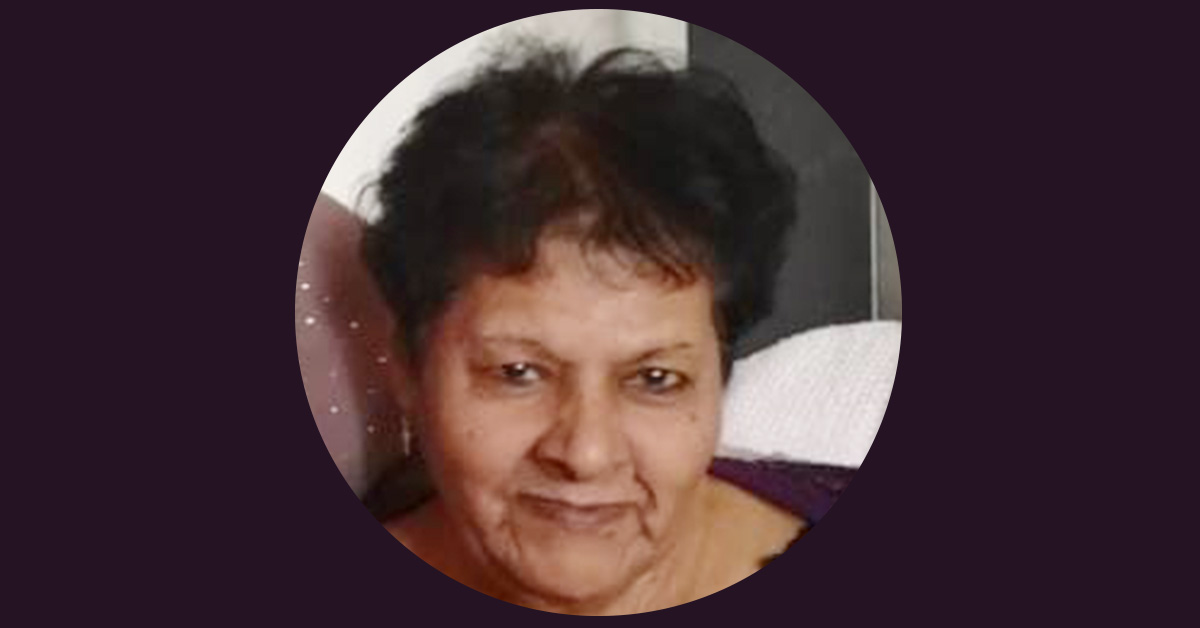 Obituary by Maria van Driel – An eventful life will be celebrated at the funeral of Catholic educator Eunice van Diel on June 12 in Cape Town.

“God has given us many talents to praise him and serve our communities.” This was the guiding principle of Eunice van Driel (née Chinnian), who passed away peacefully on May 27 at St Luke’s Hospice in Harfield Village, Cape Town. She was 82.

Eunice was an unsung hero of the community, an example to the younger generation. Women like her make our parishes grow and thrive on a daily basis.

Born on February 19, 1939, to a Tamil-speaking family in District Six, Eunice was active from her youth in the Legion of Mary at St Mary’s cathedral. Her mother, Esther Chinnian, was a founding member of the Legion and received a papal medal in recognition of this in 1986.

After forced removals from District Six in 1970, Eunice and her husband James actively participated in the Holy Family parish in Manenberg.

When her daughter Nicole was detained in 1980, her husband was dismissed from his job at Atwell’s Bakery. Rev Abel Hendricks of the Methodist Church provided an opportunity for Eunice to support her family by offering her a job at the church’s crèche in Surrey Estate. Although Eunice was a bit nervous at first, she quickly grew comfortable in the job after rearing seven children of her own.

She excelled at teaching children and discovered her many talents in education and art, painting, drawing and especially recycling waste to make educational materials to develop children’s cognitive skills.

This was an extremely rare and insightful skill given the dire needs of children in townships. She made shoe and egg boxes come alive, encouraging children to develop their numeracy and literacy skills. Different coloured sweet wrappers, used matches, leaves, twigs and so on were used in activities to stimulate children’s imaginations. Many guests at the family home can attest to these innovations.

Thus began a career in early childhood development which was based on her experiences, reading widely, and listening and engaging with children themselves about their needs. Her experience included teaching at schools in Lenasia in Johannesburg, which she enjoyed.

Perhaps her most fulfilling years were at St Mary’s Catholic school in Nyanga East, in Cape Town, where she worked for 17 years before she retired. She often talked about the poverty the children experienced, unable to even buy chicken feet. Although conditions in the community were often difficult, Eunice believed she was making a difference.

Some of the artwork the children produced, guided by Eunice, was exhibited at places such as Cavendish Square — where one year, Eunice made a Nativity scene from recycled newspapers which won first prize.

Another year, the school won an art competition for their cow made from milk cartons, which Eunice created, and the whole school was treated to free milk.

One day a parent, grateful for her child’s progress, brought Eunice a gift of half a dozen eggs. Touched by the woman’s appreciation, Eunice graciously accepted the gift.

Eunice was committed to her faith and was a devoted member of her parish. Together with her peers she regularly participated in the church’s upkeep, from cleaning it to raising funds to build a hall. For many years she was a devoted catechist, teaching and preparing young people for their First Holy Communion and Confirmation.

Up until her death, she continued to support Holy Family parish, especially the St Vincent de Paul. Over almost five decades, Eunice and her husband James developed a special relationship with the Little Sisters of Jesus which she maintained up to her death.

Eunice was kind, loving and generous, sharing whatever she had with others. Her home was always open, warm and inviting to anti-apartheid activists, neighbours, strangers, friends, family, priests and nuns.

She will be buried at Holy Family Church on June 12, with strict Covid 19 protocols. May her soul rest in eternal peace. In lieu of flowers, please donate to St Luke’s Hospice.