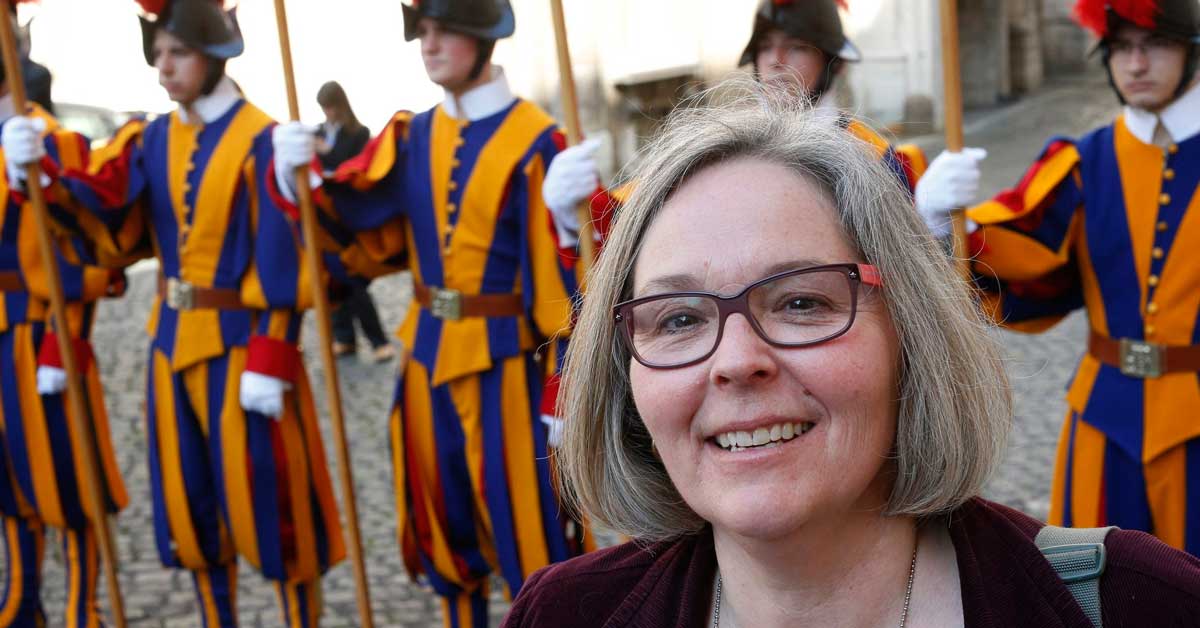 The award – named for the patron saint of writers and journalists – recognises “outstanding contributions to Catholic journalism” and is the highest honour given by the CMA.

The announcement was made June 10 via a prerecorded video released during the 2021 Catholic Media Conference, which was held virtually using digital technology for the second year in a row as a precaution during the coronavirus pandemic.

“Thank you so much, I really am surprised by this,” Wooden said in her video acceptance message. “It was a great honour to be nominated with this group of people who have devoted their considerable talents to building up the Catholic community to informing people about what’s going on in the church and sharing stories of faith through words and images.”

Wooden was one of five finalists for this year’s St. Francis de Sales Award, often nicknamed the Franny.

During her acceptance message, Wooden thanked her CNS colleagues, who she said “support me, who inspire me, who push me and – who thank goodness – edit and proofread my stuff.”

“Cindy embodies the principles of the St. Francis de Sales Award,” said Greg Erlandson, director and editor-in-chief of Catholic News Service, in nominating Wooden. “Hers has been a career of service to Catholic journalism and she has exemplified the highest standards of our profession.”

Wooden has worked in the CNS Rome bureau for the past 31 years and has covered three popes during her tenure.

“She is a groundbreaker, the first woman to hold the position of bureau chief (for CNS in Rome), an appointment she earned in 2015,” Erlandson said. “She leads a staff of five in covering the pope, his Curia and many related international stories.”

“I was thinking about St. Francis de Sales and his prolific production of tracts that he would slip under people’s doors and it made me think of just how privileged we are to enter people’s homes and what a great responsibility that is,” Wooden said. “I know I’ve been very fortunate to have that privilege for the past 30 years — covering St. John Paul II, Pope Benedict XVI and now Pope Francis has been an interesting journey, to say the least, and I’m not done yet.”