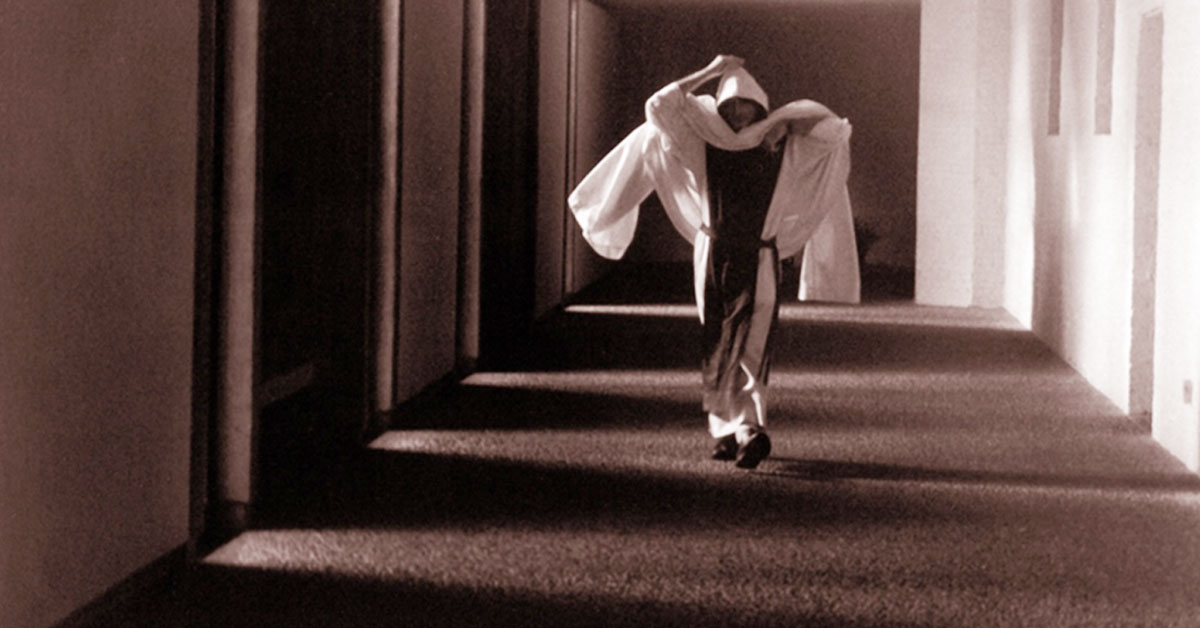 There are numerous ways of living the Christian life and each of us is called to a particular way. For many the route is not clear at the outset, we test and try a number of options seeking a road map for our journey encountering choices that often end in cul-de-sacs and so we are forced to start again.

In the early days of the Church that was a problem that faced every disciple of the Risen Nazarene, how to follow in his footsteps, how to be faithful to his teaching. Gradually, over time, paths became familiar and traditions were established. Communities of Christians became settled in towns and cities, sharing with one another what they had and coming together in the Eucharistic gift. But still, there was work to be done, a wage to be earned and families to care for in a busy and, at times, harsh world.

A few chose an alternate path, they chose the solitude of the desert where they lived in very small communities or as hermits, devoting their time to a single-minded pursuit of faith in the Lord.

We now know them as the Desert Fathers and recognise the lives they lived as the birth of Christian monasticism.

Over a period of a few hundred years, these communities flourished and grew as their pattern of life became established. They lived a simple life centred on prayer. It was an ordered life, lived according to a code of practices or rules. The most significant of these Rules we owe to Benedict of Nursia whose name is associated with one of the great monastic orders of the Church, the Benedictines.

For many of us, the monastery is a historic pile of stones, the leftover ruins from the European Reformation. Yet even these edifices have their own majesty. However a monastery is not just a building, it is the life that is lived within it, the people who walk its passageways and live in its rooms, whose work on a farm or in a workshop enables them to live a life of prayer, day in, day out. People give the stones and mortar their vitality and purpose.

The era of the great abbeys of Europe may be over but the monastic life remains. Communities of monks and nuns are smaller now, their homes are not in the style of bygone years, they support themselves in different ways, through writing or iconography, cheese making or brewing beer. But still, they are centred on prayer offered in an ordered and regular manner.

One monastery in the US has become famous through the life and writings of one of its mid-20th Century monks, Thomas Merton, who entered the Abbey of Gethsemani, Kentucky, in December 1941 and who died to the day, twenty-seven years later, in December 1968, in Asia.

During his years as a monk of Gethsemani, he taught in the Noviciate, exploring with young men the essence of a monastic vocation in the Cistercian tradition. One of those men who arrived in 1958 was Paul Quenon; he still lives there, 63 years later.

Brother Paul is a creative man, a published poet and an accomplished photographer. One of his Collections, Monkswear, first published in 2008, offers a perceptive insight to the monastic life, its theme centred around the aspects of the simple clothing or habit that is worn by the monks. I would like to share with you some of Paul’s poems for they tell us much about the life of a monk, rooted in the past, yet alive in our own time. The Collection is illustrated with Paul’s own photography with the startling image that heads this article providing the cover to his book.

One item of clothing is the scapular, a long piece of black cloth, worn over the shoulders and hanging down back and front. He describes it in a few succinct words,

From both
Best to keep
Your distance.

A  play on words that is both factual yet full of humour.

There is indeed here the expression of good-natured banter within the serious intent of a monks vocation.

In a poem ‘Possessed by a Habit’ he describes his monastic life. It gives the title to his Collection.

Sorry, but I can’t seem to shed
this habit I’m so given over to,
this monkswear, this second skin
I’m so habituated to.

I’ve worn it till the habit has
worn me quite down
to a shadow of the man
I once was. You would
hardly recognise the boy
who at least had some promise
and risked talents, life and
opportunities for the sake
of a possessive, chronic
habit which he won’t shake off,
that holds him so hide-bound
he has all but lost
everything

which seems to be
the way he wants it
given the merry way
he carries on with
no thought of past,
future, or of what
might become of him
once he wakes up
and finds himself without
means or ability
so sustain so religiously
his mystifying
habit!

Just you see-unless
he quits this habit it will eventually
carry him to the grave.

This is a beautiful, well-crafted statement of the simplicity of his vocational life.

The collection concludes with a few lines on the Cowl

-solemn as chant
one sweep of fabric
from head to foot.

cowls hanging
on a row of pegs-
tall disembodied spirits
holding shadows
deep in the folds
waiting for light
for light to shift
waiting for a bell
for the reach of my hand
to spread out the slow
wings, release the
shadows and envelope my
prayer-hungry body
with light.

Sprinkled through these pages are many aspects of monastic life, some trivial, others significant. One, a brief seven lines, is entitled ‘Weird Arithmetic’

The middle cipher
in the word God is zero.
In the word good

In a piece entitled The Laundry Number he describes the numbered identity of each monk.

-patched inside the black collar
of each cowl and scapular is
a designated number
to sort out in the wash
whose is which and
what goes where.

Above each patch is
a loop that hangs on a peg-
a hanging cipher
for an unnamed person
who wears thin, wears
habitually the same habit
over and over
and owns not a stitch,
not a loop, not
a number, owns not
his very own body
even
even as he is
a God-owned body
in a God-owned garb
which hangs on a loop
in a row of pegs
a voiceless choir
answering each
to that high Ledger
where after the great
wash and agitation
the heat and pressure
that Searching Hand
will then sort out
who is who
and who belongs where
and will lift up and carefully
place each one
onto his own
designated
peg.

Paul’s work is a deep mine of thoughtful reflection, the fruit of many years spent living his monastic life. In this collection of fifty poems and a number of photographic images, he offers us an opportunity for insight to a different place beyond our immediate experience. It is a privilege to share it with him.