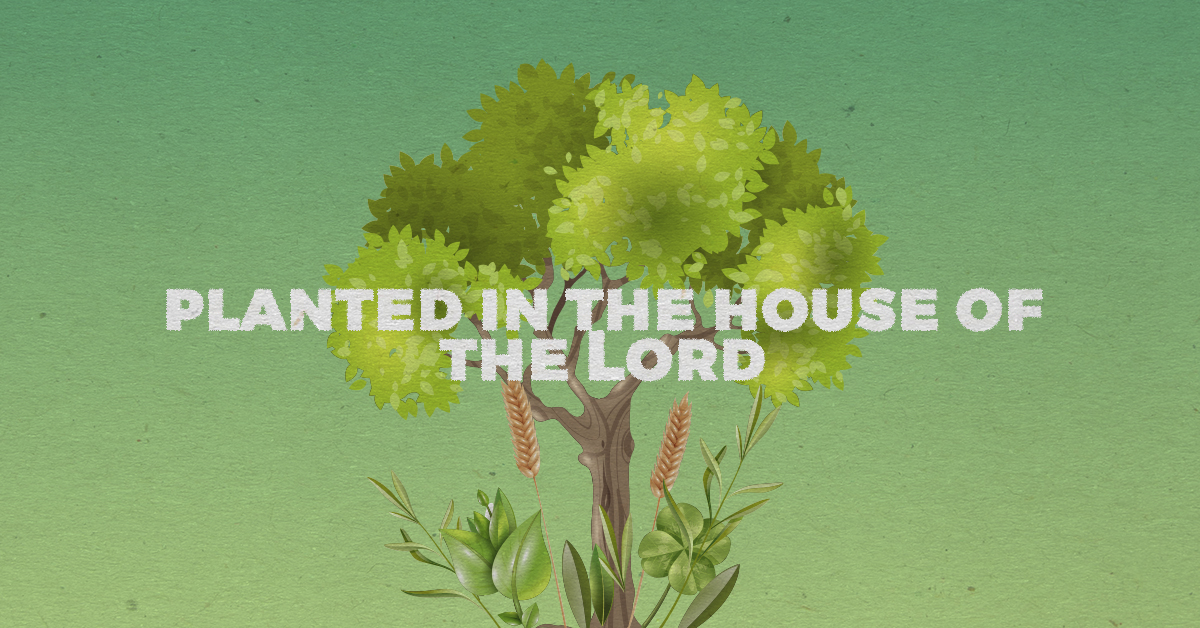 Point of reflection: Our Christian faith need to flourish and transform me, is my faith flourishing? Is my Christian life growing? Am I transformed? The Scriptural readings of the eleventh Sunday in ordinary time invite Christians to flourish and be transformed. The image used is of the little seed to a large tree.

Sermon (Reflection): Reflecting on the Scriptural readings of today, we will in depth encounter the aspect of flourishing as Christians from a little seed to a larger tree. Today’s first reading contains the final part of chapter 17. Prophet Ezekiel addresses the Babylonian exiles with an interpretation of the tragic turn of history they lived through. The prophet uses the imagery of an eagle, a vine, and a cedar, in short, allegorical stories which reflect real historical events. The prophet speaks of yet another great eagle, this time the eagle symbolises God himself. Ezekiel declares that God will move decisively to restore the collapsed Israelite kingdom. He uses the image of a “cedar”—a magnificent tree that grew in Lebanon and was a symbol of longevity and grandeur. God will take a little branch from that great tree and plant it in on the mountains of Israel. This single shoot will grow into a grand cedar in whose shade all creatures will find security and shelter.

This story symbolically portrays the restoration of the nation by God himself. He will humble all those who humiliated and destroyed his people and will reinstate his people to their land, which they lost through the folly of their leader. Waiting for this restoration, as they endure the painful exile, the Babylonian captives must keep their hope and trust alive. These virtues will allow them to survive and even flourish, far from their homeland. Hope and confidence in God’s certain salvific action to come will be the life-giving force, in which they will survive and flourish.

Just as in the first reading, the words of Paul must be read in their context. Last Sunday’s second reading contained the passage of 2 Corinthians where Paul disclosed that his unrestricted and ferocious commitment to the mission of taking the Gospel to the world rested on a belief in the resurrection. The prospect of the resurrection gave him the confidence and strength to expose himself to all dangers and even to risk death. In today’s reading, the apostle goes even further, expressing his longing for joining Christ in the afterlife. Paul longs to depart from this corporeal, earthly body, to join Christ in the heavenly body. These words do not reflect suicidal thoughts, but articulate Paul’s firm faith in the resurrection and unshaken conviction about eternal life.

Paul does not seek death. Philippians 1:23-24 manifests the same desire to be with the Risen Lord, qualified however by the realization of the importance of his mission on earth. In today’s passage, that realisation is also evident as the apostle emphasises that all he does aims to “please the Lord” and to do good. These words certainly show his sense of responsibility for the Churches he founded. The combination of the desire for eternal life and commitment to his work among the Churches, explain why Paul flourished as an apostle and a human being: the first gave him hope, the second purpose and direction.

Today’s Gospel passage contains two of Jesus’ parables intended to explain the kingdom of God. The concept of the Kingdom of God is best explained as living under God’s rule. To be a member of God’s Kingdom, to enter the kingdom, means placing oneself entirely under God’s authority in obedience, trust, faith, and loyalty. Mark, like the other evangelists, coveys this message by visualising it using symbols and stories known as parables.

The first parable echoes the words of Ezekiel in their emphasis that God himself is responsible for the growth of his kingdom. People’s adherence to God, and response to his will, stems from God’s own initiative and power. Without God, such a response would not be possible. Still, before growth can take place, the seed must be scattered by the farmer. This implies that humanity must take an active part in the spread of the good news of God’s salvation, so that others may turn to God on hearing it. People’s participation in the process of spreading God’s rule in this world may be minimal but it is not insignificant; while God causes and directs the expansion of his rule, there is no growth without efforts to sow the seed.

The second parable refers to the message of Ezekiel in an even more obvious way as it employs the image of a tiny seed that grows into a powerful and shelter-giving tree. The mustard seed, just like Ezekiel’s small branch, grows into a magnificent tree that provides shelter and security for creatures. Naturally, God causes the growth. The message points to the humble beginnings of God’s rule. It may begin with something as small as a word. But, since its growth is caused and overseen by God, it will gradually expand into a universal reality that will encompass the entire world. This parable contains a powerful assurance for the disciples who, at the time, were just a few individuals facing the entire and often hostile world.

The two parables emphasise that God stands behind the growth and the spread of his kingdom in the world.

The notion of God’s power manifested through his faithful commitment to the people is commonplace in the Bible. This power causes believers to develop and flourish. Ezekiel confirmed this basic truth in beautiful metaphoric language, assuring the people who had lost everything that God will restore them to security and greatness. Paul was driven by his unshakable confidence in the resurrection, and an awareness of his responsibilities as an apostle. This made him flourish as an apostle in response to God’s grace. Jesus spoke in parables about God’s kingdom inaugurated by his presence and teaching. This kingdom may have humble beginnings, but God will oversee its unstoppable growth. To grow and flourish, Jesus’ followers need only to respond to his words and presence with faith and life-changing repentance. Those who choose to do so will indeed, in the words of the Psalmist, “flourish like the palm tree, and grow like a cedar in Lebanon. They are planted in the house of the Lord”.

“Flourishing like the palm tree and growing like a cedar in Lebanon” as Christians, we need to flourish and focus our life for God’s glory. As children of God, we go through challenges and face difficult moments in our lives. These sometimes make us think of giving up and withdrawing from the Lord. Difficulties test our faith, sometimes up to the point of losing hope. But the scripture speaks to us today with an assurance of sustenance and the promise of restoration. The plan of God for us is to flourish in all we do. In the Bible, there are several examples of those who have trusted the Lord, and they flourished despite great challenges. We might think of Joseph, a young man sold into slavery by his own brothers but later becoming a great leader. Job is another good example of one who walks with the Lord and flourishes even after the loss of everything he had. Hannah is a woman whom the Lord uplifts despite her barrenness. Since God’s design for us is no different than it was for them, every one of us is called to live a life of faith and confidence in the Lord.

Our Christian response to the working of God in our lives should be that of the people of faith. The Gospel parables invite us to sow the seeds of faith on our journey through life. A seed must be sown before it can bear fruit. If we are to flourish as children of God, then we must sow the seed of faith and trust God to grow it for us. There are many areas of our lives which we need to allow God to cultivate and bring about fruit. By bringing God actively into our relationships, in our work areas, in our studies, within our close families, we open our lives for greater things. The growth in these areas of our lives will be determined by how much we trust God, even in little daily chores.

Apart from the areas within our own lives, the Gospel also invites us to collaborate with God to bring growth into the world at large. There are still many souls that need to be brought to God. We need to sow the seed of faith in the lives of others through our witness to life-giving faith. God wants all to flourish, he wants our world to flourish in peace, love and harmony. He wants the world to enjoy lasting goodness, and so he invites us to be part of making his kingdom present.

Action: My prayers and reflections this week will focus on allowing God to influence every aspect of my life.

Prayer: O Most High God, we give you thanks for who you are to us. Help us to grow in total dependence on you and may we flourish in our daily Christian living. Teach us to trust that you will plant us on the heights of progress and growth in all areas of our lives. May we be men and women who bring ever more abundant life into our society today. We ask all this through your Son our Lord and Savior Jesus Christ, Amen.