Give the Homeless Dignity in Photos 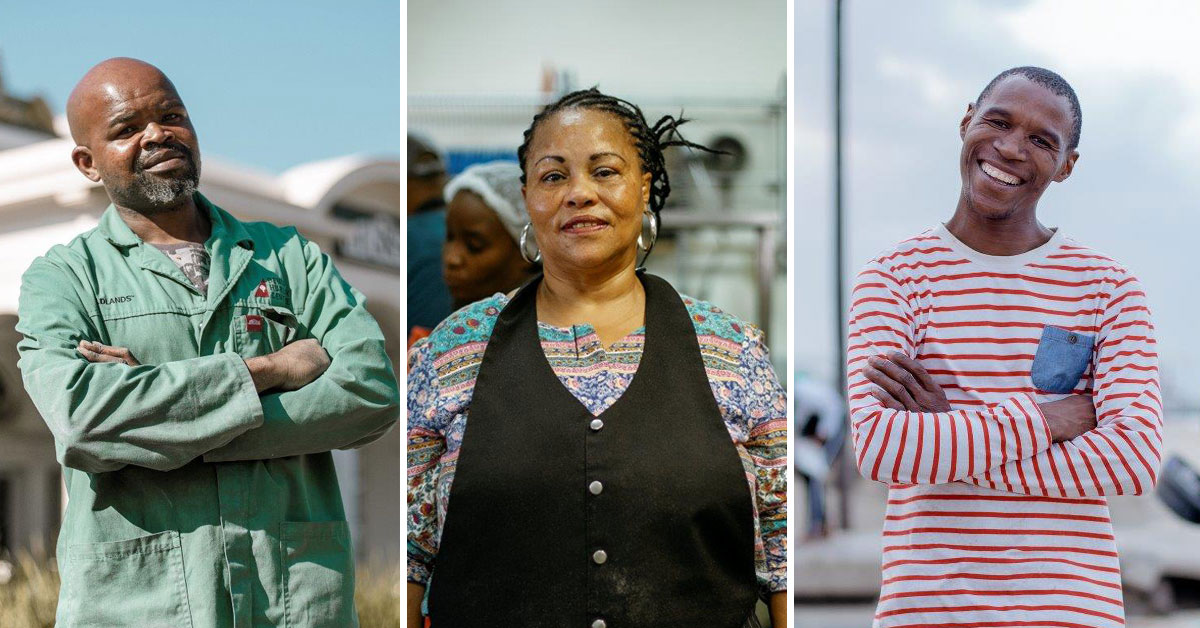 (Left) Stephen Malatji (centre) Tracy Bolt and (right) Vusi Dube pictured in the “Homeless 101” project which sought to give, in photos and in text, a human face to the homeless, with photos by Obakeng Molepe

This is how homeless people in Durban were presented in the “Homeless 101” project, a 2019 collaboration between the Denis Hurley Centre and the Daily Maverick. It sought to give, in photos and in text, a human face to the homeless, with photos by Obakeng Molepe.

The old saying goes that a picture is worth a thousand words. Since that is more or less the word limit that our esteemed editor gives me each month, I am always interested in the way in which we use pictures to help tell a story.

In the past — in some books, and in newspapers and magazines (like this one) — illustrations were used to add to a written narrative. But the explosion of social media, such as Facebook and Instagram, means that often the picture is the primary way of communicating; the words become secondary. How often do we skim through something and say we have “read” it when in fact we have mostly just looked at the photos?

So there have been calls to pray for families, young people, children and expectant women; for world leaders, social workers, scientists and communication workers; for those who deliver essential services and those who volunteer. And each of these has been led by a positive image of the people on whom the prayer is focused, reinforcing a sense of empathy and solidarity.

There have also been prayers for marginalised groups including prisoners, the homeless and people with disabilities. But here the photos have a very different approach. With these, what is being evoked in us is not empathy but sympathy. Not solidarity, but distance.

Thus, the one picture representing prisoners shows only the hands of a man, covered in tattoos and in handcuffs. He is presented as dangerous — someone we can pray for but not get close to. Certainly, no notion that he might be rehabilitated and become a useful member of society. The person with disabilities is a child with Down Syndrome (being embraced by Pope Francis). The picture is charming, but it reinforces the tendency to think of all people with disabilities as children — in need of our care and our love but not capable of anything much themselves.

The photo for the homeless was for me the most troubling — a man lying in the gutter; we see only his feet, no head, and a container beside him, implying that he is drunk. Of course, that is true of some homeless people. But I also know homeless people who wear shoes, who look for work every day, who do what they can to keep clean, who volunteer to help other homeless people, who have faces and names and dreams.

A good test to apply is how members of the group depicted would react if they were shown the image. Would they recognise themselves? Would they feel good about how they are shown? Were they even asked? A great motto (popularised by a South African disability activist) is: “Nothing about us without us.”

Many charities give in to the temptation for “pity pictures” — images that are designed to open our hearts and maybe also our wallets. The quickest way to get money is to show the problem at its worst. The reader is made to feel guilty: giving money is a way of assuaging the guilt.

Never mind that such shock tactics become self-defeating. If the images for this flood are not worse than the ones for the previous flood, then they are less effective and so each time we have to “up the ante”.

Hopefully, organisations try to show the solution as well as the problem. But even then they can unintentionally reinforce stereotypes. One example, and it just happens to be the one I noticed, is a video prepared by a Catholic parish which was intended to raise awareness of (and funds for) the good work done by this church to feed the homeless and to provide healthcare.

A lot of good is said in the video of the need to “see” homeless people, to hear their stories, to recognise their presence in the city. But the images say something else: not a single homeless person is actually shown in the video as a person. Some are interviewed, but their faces are always blurred in the same way that is used for criminals or people in hiding.

They are not given full names so they have no real identity. Those who do appear in the video are in shadow, or with the focus on their ill-shod feet or their calloused hands. They are always shown as passive recipients of someone else’s largesse, incapable of doing anything for themselves. Repeatedly the shots of homeless people have them sitting on the ground while the viewer is literally, and metaphorically, looking down on them.

The contrast with the non-homeless becomes even more acute when juxtaposed against extensive interviews with well-meaning doctors, volunteers and priests who work on the project. Each one of them has a full name and often a title. They are shown being active, doing good, using their skills. Sometimes they are wearing the prestigious uniforms of a cleric or a medic, sitting in book-lined rooms or clinics to underline their professional status.

The implied message is that “they” (the faceless, nameless, helpless poor) are able to survive thanks to the good graces of “us” (the hard-working, identified, giving classes). I am sure this was not the intention. But sometimes our hidden prejudices are betrayed by our unintentional actions.

In any case, the CNS campaign was about prayer, not fundraising. In prayer we are being called upon to walk alongside those in need, not to keep them at a distance. “The communion of saints”, in which we profess our belief every Sunday, reminds us that all of us, as God’s daughters and sons, are united with each other in a shared journey towards the Creator. That is why we should, and can, pray for each other.

And a critical role of Church communications is to help us not to see the “other” but to see our brother and sister.