In 1958, three friends, all young diocesan priest from the German diocese of Regensburg, came to South Africa to serve as missionaries in the Eastern Cape. All three went on to become bishops. With the death at 90 of Bishop Hubert Bucher on Friday evening, July 23, only one remains alive.

Bishop Bucher was the first of the three to become a bishop when Pope Paul VI appointed him to Bethlehem, Free State, in 1977. Roughly ten years later, his friend Fritz Lobinger became bishop of Aliwal North; another decade years later, Oswald Hirmer became bishop of Mthatha. Bishop Hirmer died in 2011. Bishop Lobinger, now 92, lives in the retirement home for priests in Mariannhill — the residence which Bishop Bucher left in 2017 to move back to Regensburg, to live with his widowed sister. 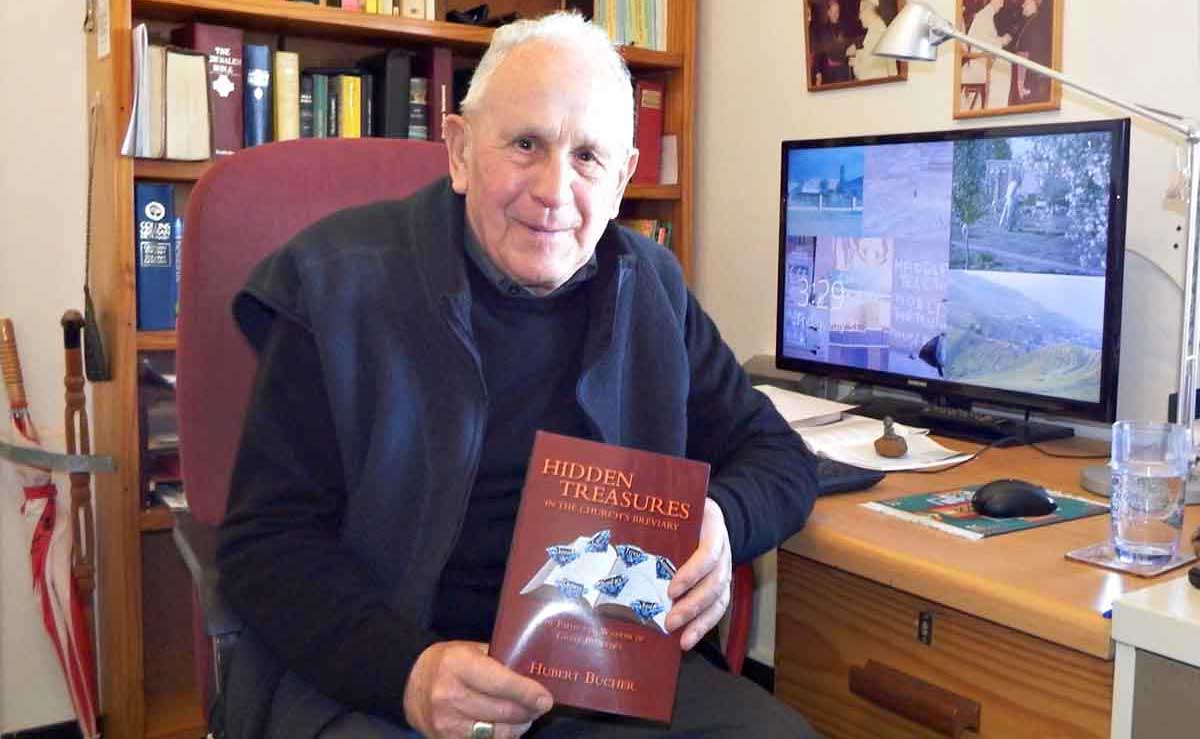 Bishop Hubert Bucher, emeritus of Bethlehem, holds a copy of his book “Hidden Treasures in the Church’s Breviary” in 2015. The bishop died at 90 in Germany on July 23. (Photo: Mauricio Langa CMM)

Hubert Bucher was born on June 21, 1931. Ordained on June 29, 1957 — exactly two years after his two life-long friends — he spent a year in ministry before he and his friends received permission from Archbishop Michael Buchberger to serve as Fidei Donum missionaries in South Africa.

After first working in the Eastern Cape diocese of Aliwal North, Fr Bucher was appointed national chaplain of the Chiro youth movement, serving from 1972–75. It was a suitable appointment: In 1972 he had written his doctoral thesis on “Youth Work in South Africa: A Challenge for the Church”.

Bishop Bucher took the view that missionaries should assimilate in the local culture they serve. “Some Germans never stop making comparisons, saying, ‘back home it’s different’. Such people are incapable of learning. The task of the missionary is not to make Germans of others,” he said in a 2017 interview with the German website onetz.de.

But he also brought the German attribute of hard work and efficiency to Bethlehem. He was an organised administrator, to the point of conforming to stereotypes of teutonic efficiency. He might have liked to crack a joke, but he was a strict boss with limited patience for deficient work. He was also a practical bishop who declared September “Gutter-cleaning Month” in his diocese, as a way to encourage good maintenance of Church buildings. This came with detailed instructions in exactly how such maintenance was to be carried out.

The bishop was passionate about vocations and the development of a local diocesan clergy. By the time he retired in 2009, Bishop Bucher had ordained more than 20 local priests. One of them is now a bishop himself: Bishop Xolile “Teddy” Kumalo of Witbank.

Bishop Bucher was a strong opponent of apartheid who would engage the Church’s network to assist people detained by the regime. His prophetic opposition even made news in West-Germany when the bishop strongly criticised the pro-apartheid activities of Franz-Josef Strauss, premier of his home province Bavaria.

Bishop Lobinger would recall how the young Fr Bucher asked his bishop for an appointment in the remote farming area of Dordrecht, where there was only one Catholic family living in what was then called “the location”. With much energy, imagination and missionary zeal, Fr Bucher converted many of the local Xhosa people, building farm schools and, eventually, a Catholic community.

He spent his days off, every Monday, with his fellow missionaries from Regensburg, who worked in neighbouring areas. Meeting in nature, they would discuss their pastoral challenges, problems and successes. These meetings, Bishop Lobinger noted, “were in fact a mini mobile pastoral institute”. It is no wonder that these three clerics, as priests and bishops, were very much at the vanguard of the local Church’s pastoral development. 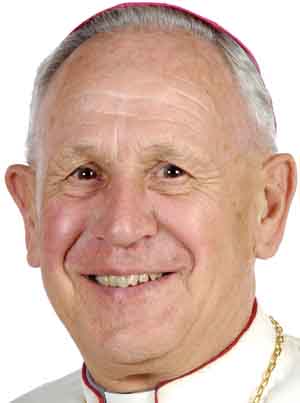 Together, they developed a Bible-sharing programme which has spread worldwide through Lumko, the pastoral institute of the South African Catholic Bishops’ Conference. He was about to take on the leadership of Lumko when he was appointed bishop of Bethlehem.

Bishop Bucher wrote three books: Youth Work in South Africa: A Challenge for the Church (based on his PhD thesis), Spirits and Power: An Analysis of Shona Cosmology, and Hidden Treasures in the Church’s Breviary.

In the bishops’ conference, Bishop Bucher served as liaison bishop of several portfolios, including that of social communications.

On the last day of 2008, Pope Benedict XVI accepted the resignation of Bishop Bucher, by then 77.

Bishop Bucher’s Requiem will be celebrated in Regensburg cathedral on Friday, July 30 at 10:00.