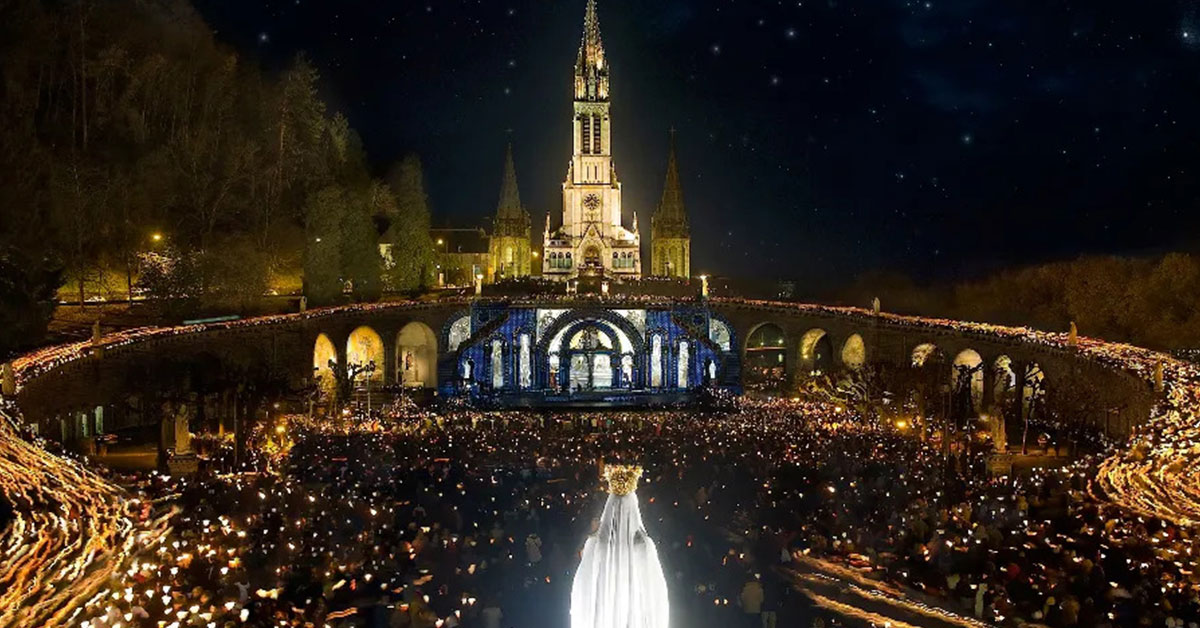 The Sanctuary of Our Lady of Lourdes has launched a series of summer evening events to draw pilgrims back to the shrine as pandemic restrictions ease.

The initiative, called “Lourdes Nights,” will be held at the shrine in southwestern France throughout July and August.

It will include a recital of songs from the hit musical “Bernadette de Lourdes” on Thursdays, Fridays, and Saturdays, as well as a daily torchlight procession and night Mass.

Unveiling the initiative on June 7, shrine rector Mgr Olivier Ribadeau Dumas said he expected about 60% of usual pilgrimages to take place in the coming months.

He explained that the visitors would be mainly French, with some also from nearby Spain.

“The airlines will reopen with a number of European capitals, but it will probably take longer for the faithful on the other side of the Atlantic to return,” he commented.

France began its third phase of relaxing COVID-19 restrictions last month. The country, which has a population of 67 million people, has recorded 5.8 million coronavirus cases and 111,273 related deaths as of July 2.

The French government’s scientific advisers believe that there will be a fourth wave of the virus in the fall due to the Delta variant first detected in India.

Around 85% of pilgrimages were cancelled last year, putting pressure on the shrine’s finances.

The shrine’s rector said that Lourdes, which can accommodate up to 30,000 people under normal conditions, recorded an operating loss of $4.7 million in 2020. He predicted that this would rise to $5.9 million in 2021.