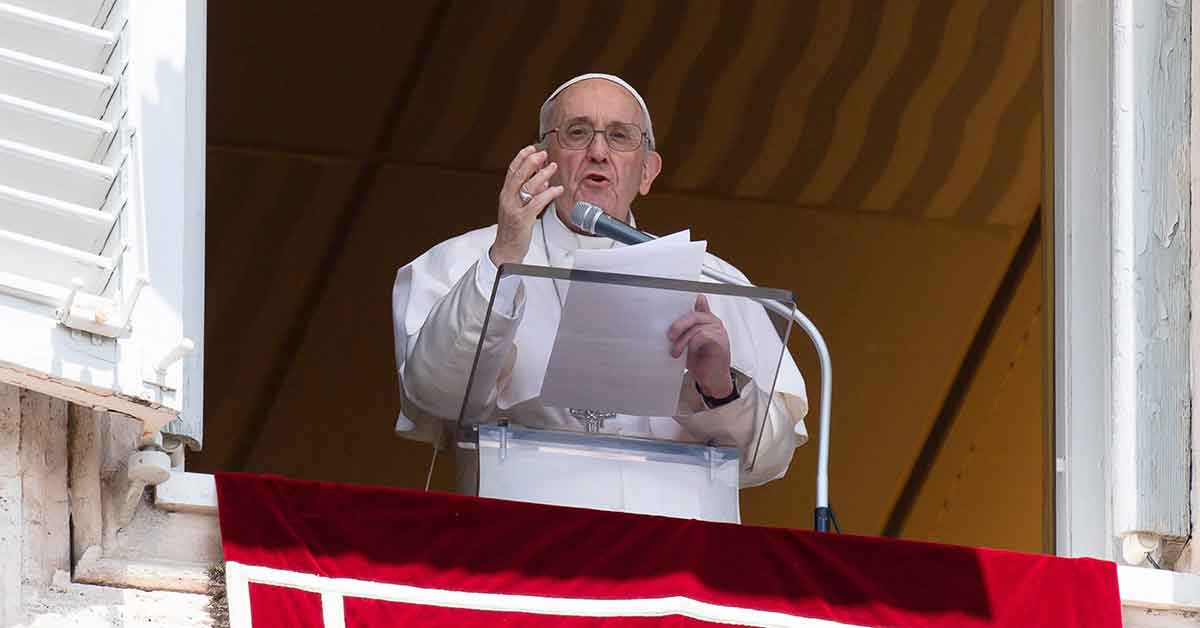 Pope Francis leads the Angelus from the window of his studio overlooking St. Peter’s Square at the Vatican on June 18, 2021. After speaking about the day’s Gospel reading and leading the prayer, the pope expressed his closeness to the people of Cuba a week after protests erupted on the island nation. (CNS photo/Vatican Media)

Pope Francis expressed his closeness to the people of Cuba a week after protests erupted on the island nation.

In his first public appearance after his release from Gemelli hospital, the pope told pilgrims in St. Peter’s Square on July 18 that he was “near to the dear Cuban people in these difficult moments, in particular to those families suffering the most.

I pray that the Lord might help the nation construct a society that is more and more just and fraternal through peace, dialogue and solidarity,” he said, as a large group of pilgrims in the square held Cuban flags.

The pope encouraged the people of Cuba to entrust themselves to the maternal protection of the island’s patroness, Our Lady of Charity, who “will accompany them on this journey.”

Thousands of Cubans in Havana and elsewhere took to the streets July 11 to protest economic hardships, lack of basic freedoms and the Cuban government’s handling of the coronavirus outbreak, making for what some have described as the most significant unrest in decades. Since the protests, the government reportedly has responded by arresting people, including clergy, not only on the streets but also in their homes.