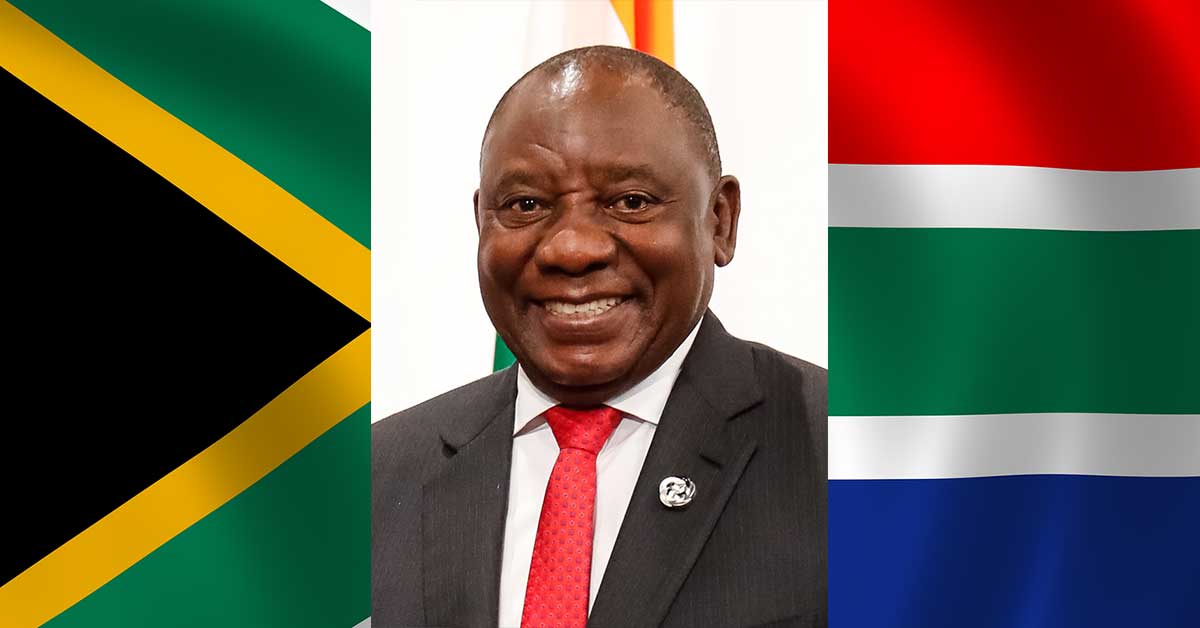 President Cyril Ramaphosa’s cabinet reshuffle was underwhelming — and intentionally so, according to a Church political analyst.

“As usual, there was a lot of heated speculation in the media and among commentators about how many changes there would be, and whether some of the big names would fall,” Mike Pothier of the Catholic Parliamentary Liaison Office (CPLO) said in a commentary on yesterday evening’s reshuffle.

“We should know by now that Mr Ramaphosa does not operate this way. He is measured, calculating, and slow – to a fault, many would say,” Mr Pothier explained.

The case of now-former health minister Zweli Mkhize is an example of that. Mr Pothier noted that it is more than two months since corruption allegations against Dr Mhkize were first revealed by the media and more than a month since the Special Investigating Unit’s report into the matter, which deeply implicated Dr Mkhize, was handed to the president.

“In a normal government, operating according to accepted principles of accountability (if such a government exists anywhere), Dr Mkhize would have resigned, or been dismissed, as soon as the report was handed in, if not before. But Mr Ramaphosa takes his time, even, in this case, when the minister concerned is in charge of health and the country is in the midst of a pandemic. This is his style, and we should probably just accept it,” Mr Pothier said.

The CPLO analyst said that “like almost everything in our public life, the reshuffle was over-politicised”.

He explained: “This may sound strange – after all, isn’t the coming and going of ministers, and the whole formation of a government, a political matter? Yes, but the political issues should not overwhelm the other important considerations as much as they do here. Other considerations such as competence, experience, qualifications, and a willingness to put aside ambition in order to serve, should all, ideally, be prominent in a president’s choice of whom to hire and whom to fire.

If they were, a number of ministers who have quite clearly under-performed, some of them for years and across multiple portfolios, would not have survived last night.”

However, Mr Pothier noted, “the president’s hands are politically tied. To name only the prime example, he could not afford to lose Bheki Cele, whose department failed utterly to protect people from the Zuma camp’s attempted insurrection three weeks ago, because Mr Cele is the main political counterweight to [ex-President Jacob] Zuma in the KwaZulu-Natal heartland.”

The only minister who was actually dismissed was Nosiviwe Mapisa-Nqakula (defence). The other vacancies arose from the resignations of Dr Mkhize and finance minister Tito Mboweni, and from the untimely death in January of minister in the presidency Jackson Mthembu.

“Mr Ramaphosa’s presidency plays out against the background of a fractured and fractious party, his ongoing leadership of which is far from secure and certain,” Mr Pothier said, noting that this is “the main reason why he took the unusual step of closing down the ministry of state security and bringing it directly under his control in the presidency”.

“He cannot risk the emergence of another ‘coalition of the wounded’ such as the one that brought Jacob Zuma to power. His sights are now set on ensuring that he is re-elected as ANC president in 16 months’ time, and this, together with his natural tendency to move cautiously and patiently, and to seek consensus even in the most unlikely places, means that we should forget about grand gestures from him. He is never going to ‘clean out the rot’ or ‘wipe the slate clean and start afresh’ with a shiny new cabinet consisting of competent technocrats imbued with a strong sense of public service, as some have encouraged him to do,” Mr Pothier explained.

Mr Ramaphosa is trying to achieve two things, he said. “He has to steer the country through a most difficult time in its history, coping with such disasters as state capture, endemic corruption, and COVID-19. At the same time, he is trying to keep his party together and to make it his ally in the fulfilment of the first task,” Mr Pothier said.

“Achieving both these aims may turn out to be too difficult even for him; indeed, it could be argued that they are mutually exclusive, and that for South Africa to prosper it cannot afford a fourth decade of ANC rule,” he said.

“That is something for the electorate to decide in 2024 and beyond, but in the meantime, as this reshuffle demonstrates once again, Mr Ramaphosa will continue with his pragmatic, unexciting, sometimes frustrating, and often slow programme of gradual reform. We should at least acknowledge that things could be much worse — just a few years ago, they were.”