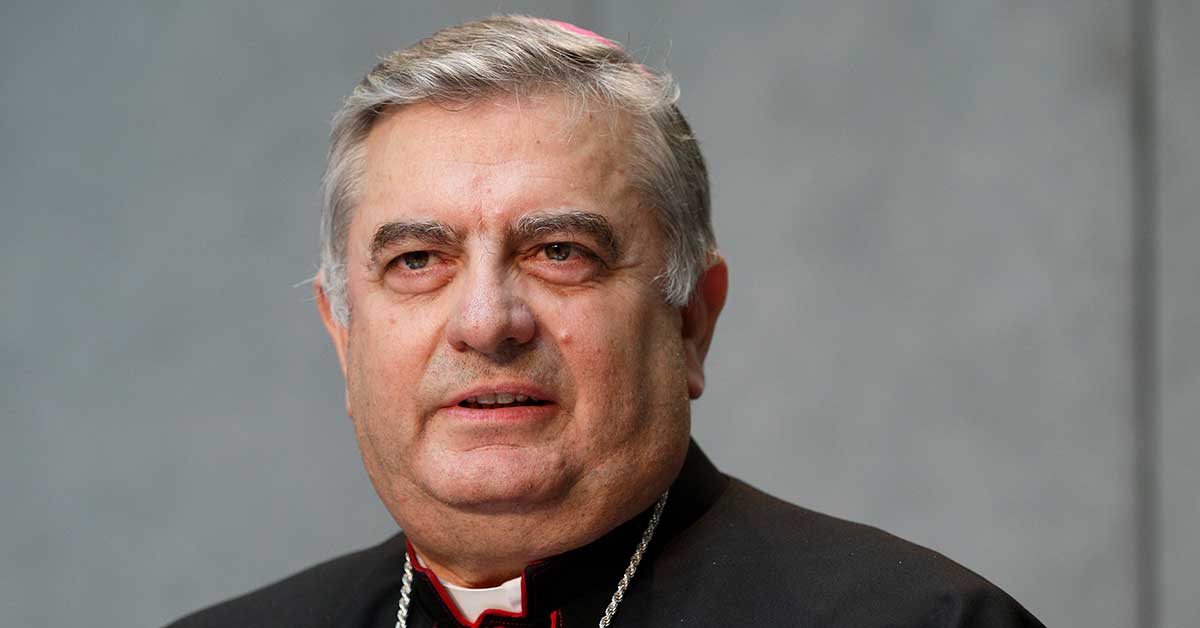 Archbishop José Rodríguez Carballo, secretary of the Vatican Congregation for Institutes of Consecrated Life and Societies of Apostolic Life, attends a news conference at the Vatican July 22, 2016. (CNS photo/Paul Haring)

By Carol Glatz – The Vatican is investigating about a dozen founders of congregations of consecrated or religious life, and the most common allegations involve abuse of power or conscience, financial corruption or problems associated with “affectivity,” said a top official.

Spanish Archbishop José Rodríguez Carballo, secretary of the Congregation for Institutes of Consecrated Life and Societies of Apostolic Life, spoke about his office’s work overseeing religious congregations in an interview July 30 with “Vida Nueva,” a Spanish weekly magazine on religion.

He said the church has very “clear and precise criteria” when it comes to discerning the authenticity of a religious charism when determining whether to approve a new congregation or religious order.

Among these criteria, he underlined: “communion with the church; the presence of spiritual fruits; the social dimension of evangelization; high regard for other forms of consecrated life in the church; and the profession of the Catholic faith,” referring to the doctrinal congregation’s 2016 letter “Iuvenescit Ecclesia” to the world’s bishops regarding charismatic gifts in the life and the mission of the church.

“Sadly, it must be confessed that, at times, it is difficult to discover the authenticity and originality of a charism in some realities,” the archbishop said.

At the moment, the congregation is investigating about a dozen founders of institutes that come under his office’s authority, he said, without naming the founders or the communities involved.

“In most cases, these are associations whose canonical recognition is underway,” he said.

However, he said, in addition to that number there are some institutes who had already been canonically recognized and whose founders are being investigated, too, “so the number increases significantly.”

Archbishop Rodríguez also said he was not counting communities or institutes of consecrated life that the congregation has already investigated and responded to, such as by appointing an outside delegate or, in some cases, suppressing the institute.

“It should also be noted that there have been some cases in which, after the necessary investigation, the female founder has left consecrated life or the male founder has been reduced to the lay state,” Archbishop Rodríguez said.

“All of this does a lot of damage to consecrated life and to the church itself,” he said. “Therefore, much more attention should be paid when discerning the need, benefit and usefulness for the church when approving associations whose canonical recognition is underway.”

It is a bishop’s right to approve such associations, he said, “but also a grave responsibility,” and discernment is needed.

He said the most common motives for opening an investigation are one or more of the following: problems with the institute’s assets being used for personal gain; abuse of power or spiritual abuse, including abuse of conscience; and “problems related to affectivity.”

Abuse refers to “any psychological, physical or sexual violence that takes place in a religious context, or any manipulation that damages a person’s relationship with God and with their own inner being,” he said.

When asked whether spiritual abuse was very common, the archbishop said such abuse or the abuse of conscience “is usually more common than you might think. Pope Francis defines it as spiritual harassment, manipulation of consciences, brainwashing. This type of abuse usually occurs in the sphere of spiritual direction or within a community, especially when the internal forum (the individual’s conscience and spiritual state) is not distinguished from the external one.”

This is abuse rooted in “clericalism,” which affects not just clergy, but any man or woman with authority, he added.

When it comes to sexual abuse, in general it is against other members of the religious institute, “but sometimes also against minors or vulnerable people,” he said. It is also important to remember that sexual abuse is not always the only problem but can also have spiritual abuse or an abuse of power at its core.

In the interview with Vida Nueva, Archbishop Rodríguez was asked why some new forms of religious or consecrated life tend toward “sectarianism,” in the sense that they seem to have a spirit of division, prejudice or competition.

Sometimes it is a way to defend a charism or “preserve it from possible contamination that may come from outside,” he said. The mentality is “we are the best” or the only ones who are faithful.

“In groups like this, it is also believed that the charism belongs to the founders and not to the church,” he said.

“In such cases, the church has the right and the duty to intervene to overcome a disordered exercise of the charisms, as the early church had done,” he said.

“In many of these cases, a general sense of ‘persecution’ by the church is created” and, he said, many times it is accompanied by “a spirituality that is very superficial and barely grounded in a healthy theology and in the magisterium of the church.”

The archbishop said this process of sectarianism can lead to fundamentalism, which Pope Francis has said is the result of an “ideology that mutilates the Gospel” and, unfortunately, can be seen in several of the so-called “new communities” or new forms of consecrated life.

“Fundamentalism fossilizes a charism,” he said, and “a charism is like water, if it does not flow, it putrefies.”