Will Christ Reign on Earth for 1000 Years? 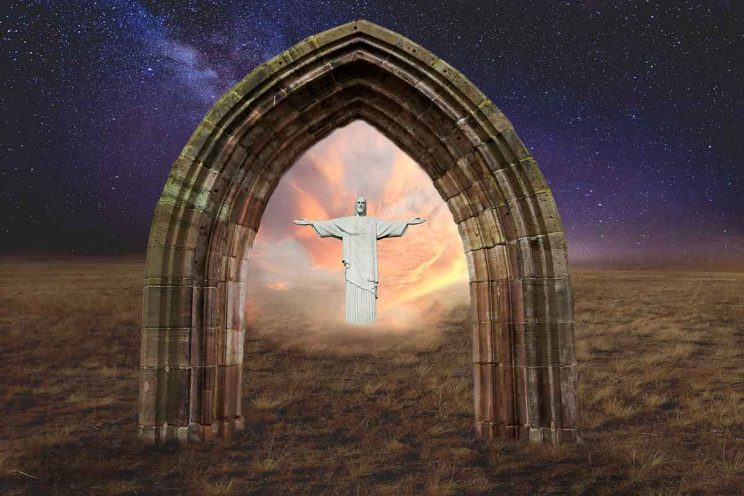 I have friends who devoutly believe that Christ will reign on earth for a thousand years and after that time has elapsed, he will carry out the Last Judgment. I know the Church rejects this doctrine, but I need some help to understand where and why it originated.

Yes, the Church has never accepted this teaching but it became a matter of debate in the early centuries. This arose particularly from Revelation 20:1-6, which describes how Christ will return to earth and reign here for one thousand years together with those who were loyal to him.

The substance of this text, like so much of Revelation, was disclosed to the author through visions during a period of fierce persecution. The message was that all earthly powers would eventually collapse and give way to the glory of the triumphant Christ, but the author, fearing the vigilant Roman persecutors, took care not to say this explicitly. He used lots of symbols and allegorical references that Rome’s spies would not instantly recognise as proper to the Christian faith but which must have had meaning for his readers, giving them hope.

Many early Christian theologians failed to see the allegorical nature of Revelation. They took 20:1-6 and the rest of the book literally. For them, Christ would return to reign for one thousand years. By the 4th century their viewpoint faded away to nothing as influential Christian scholars realised that the book of Revelation was a piece of apocalyptic writing, loaded with symbols and imagery, such as numbers, animals, heavenly bodies and colours. Interpreting these has been a perennial challenge. The thousand-year reign of Christ could symbolise the period from the birth of the Church to the end of time.

The Catechism (1038) says the resurrection of the dead will precede the Last Judgment after which the just and unjust will receive their eternal sentence. In Matthew 25, Christ warns that he will return to earth in his glory to judge all nations. This presupposes the resurrection of the dead. All who have accepted his grace will be judged favourably and enter his kingdom. Those who have resisted it will be condemned to dwell with the devil.

The Church’s faith is that Christ will come back to this world only once, that is for the Last Judgment and the triumph of the kingdom of God, and not to reign for a thousand years before or after that dramatic event.