Bishop Sipuka: It’s time to act on discrimination and violation of women 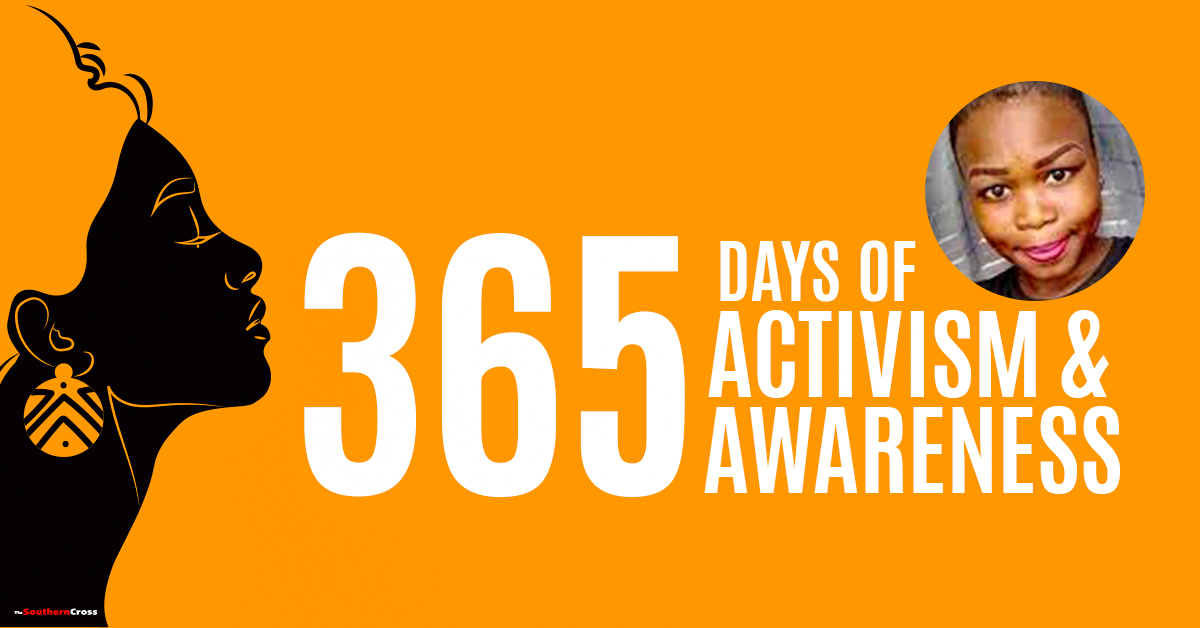 I would be remiss to let the month of August pass without referring to women who, in the light of the prevailing patriarchal culture of our society have ended the month of August dedicated to them for a heightened appreciation of their dignity and value.

While this month was originally meant for the upliftment of women, it has practically turned into a month of bewailing gender-based violence because of the ever-increasing rate of violation against women and femicide. In fact, the perpetrators of violence against women are intentionally disdainful of the noble purpose of this month because they seem to choose this month for their most gruesome violation of women.

There is a lot being said to acknowledge discrimination and oppression of women in society and a lot is being said on how to reverse the situation but a very slow pace in implementing the proposals. A still lower pace is the change of the mentality both in men and women.

In many ways, men continue to dominate women even as they profess egalitarianism, and many women continue to defer to the demeaning and abusive attitudes and behaviour of men towards them. Even as they regard themselves as feminists, they continue to facilitate their own abuse by keeping quiet and hoping that their men will change.

Guest speakers have penned and eloquently delivered speeches on gender-based violence with thunderous applause in response. Masters and Doctoral theses on gender equality and gender-based violence occupy substantial space in university libraries. Their value, however, lies more in the one-day joyous ceremony of graduation and when they are referenced for another new thesis or book on gender equality than on implementing the recommendations they make. We have had summits on Gender-based violence, revolutionary political speeches on violence against women are constantly being made, tough laws are promised by those in authority, and we are not short of television debates on this subject, particularly during this month of August.

In these speeches, debates and writings, gender-based-violence is often described as the 2nd “pandemic” in South Africa. This is an apt description if one recalls the chilling account of the murder of 23-year-old Nosicelo Mtebeni from Matatiele who was completing her law degree this year at Fort Hare University. As if killing her was not enough, the murderer proceeded to chop her body into small pieces. We also remember 28-year-old Tshegofatso Pule, who was eight months pregnant and was found dead hanging on a tree last year. There are many other similar ghastly murders, to say nothing about daily violence and rape that do not lead to death.

While we describe gender-based violence as a pandemic, there is no convincing indication that we are practically and decisively dealing with it as we do with Covid-19.

It is time that we narrow these insightful speeches and well-researched theses down to understandable information and doable practices at home, at school and in Church to reduce gender inequality and the concomitant violence with the aim of ultimately ending them.

We should advocate for policies in government and business that promote equity between women and men and between a girl-child and a boy-child.

I read for example, that a girl-child is likely not to do as well as a boy-child in school because during menstrual periods she misses some classes. As schools feed children at school, could this physical support not include distribution of sanitary pads to girl-children? Could not some other needed form of support that would put the girl-child on par with the boy-child be considered? Could not the police be more capacitated to respond to situations of violence against women? Could not special courts be set up to immediately deal with violations of women?

Could not the government partner more with Churches and provide them with resources and space to engage with this problem instead of wanting to do it all alone and fail? Drunkenness is noted as major contributing factor to women violations. Could not shebeens (liquor canteens), as a condition for keeping their licenses be expected to conduct regular mandatory workshops on gender equality and gender-based violence? If we care enough about this problem, platitudes and slogans must give way to actions that will make a difference.

The Church is also not innocent of gender inequality and violence. Our court’s list for prosecution cases includes pastors who have raped young women of their congregation. Our own Church has come a long way and still has a long way to go on this matter of gender equality.

In chapter 2 of his famous Summa Theologiae, the angelic doctor, St Thomas Aquinas whose theological method continues to be a preferred one for the training of priests clearly holds the view that women are ontologically inferior to men.

Although natural inferiority of women was never the official teaching of the Church, practices of excluding women from some lay ministries like reading in the Church, serving on the altar, and having their feet washed on Holy Thursday liturgy confirmed this view about women.

As it is clear, however, from Pope John Paul II’s encyclical “On the Dignity of Women” (Mulieris Dignitatem 1988), women are not second class in the Church.

All lay ministries previously reserved for men are now open to both genders including leading priest-less services, distribution of communion, funeral services, leadership in Parish Pastoral Councils, appointment to offices of the Pope (Dicasteries) in Rome and papal commissions. Sr. Hermenegild, the former Secretary-General of the Southern African Catholic Bishops’ Conference is serving in two of these papal commissions, one on prevention of sexual abuse of minors and another, on 2021 universal synod.

Yet the problem has not been completely solved in the Church as it is evident in cases of sexual abuse of minor girls and women religious by priests. These abuses are informed by patriarchal attitudes and entrenched by clericalism, the mindset which says, “because I am a priest, I can engage in a crime of abuse and get away with it”.

Another manifestation of gender inequality in the Church is the unequal appreciation, care and development between priests and religious women. We have educated people to “care for priests” because they are “sons of the soil” who have no overseas resources and we say nothing about “the daughters of the soil” who are equally local and have no overseas resources flowing in.

By the time a priest candidate completes his training the resources used on him are a couple of times more than those spent on the training of a woman religious. After ordination, more opportunities for development are sure to come the way of the priest than they are likely to come for a woman religious after taking her final vows.

This is not very different from the situation that used to prevail during the apartheid era where money spent on a white child was almost 9 times more than that spent on a black child. It is not that different from opportunities and support enjoyed by the boy-child today which are more than those of the girl-child. Could this not be one of the contributing factors for the dwindling of women religious vocation while priestly vocation continues to be steady?

I end with the prayer I have been praying since the news of the gruesome murder of Nosicelo.

O God, we pray for the young and promising lady Nosicelo whose life was gruesomely ended and all the girls and women who are violated and murdered by men. We beseech you Lord to receive their souls into the mercy of your love. Comfort their loved ones who mourn. Enable them to meet the lonely and painful days ahead in the strength of your love. May the just sentence of those who perpetrate these cruel crimes lead to their conversion and restoration of their humanity. Let the love that you have made known to us lead us all to create a safe environment for all girls and women in our country and the whole world.

Bishop Sithembele Sipuka is writing in his capacity as the Bishop of Mthatha. He is still the President of the Southern African Catholic Bishops’ Conference.