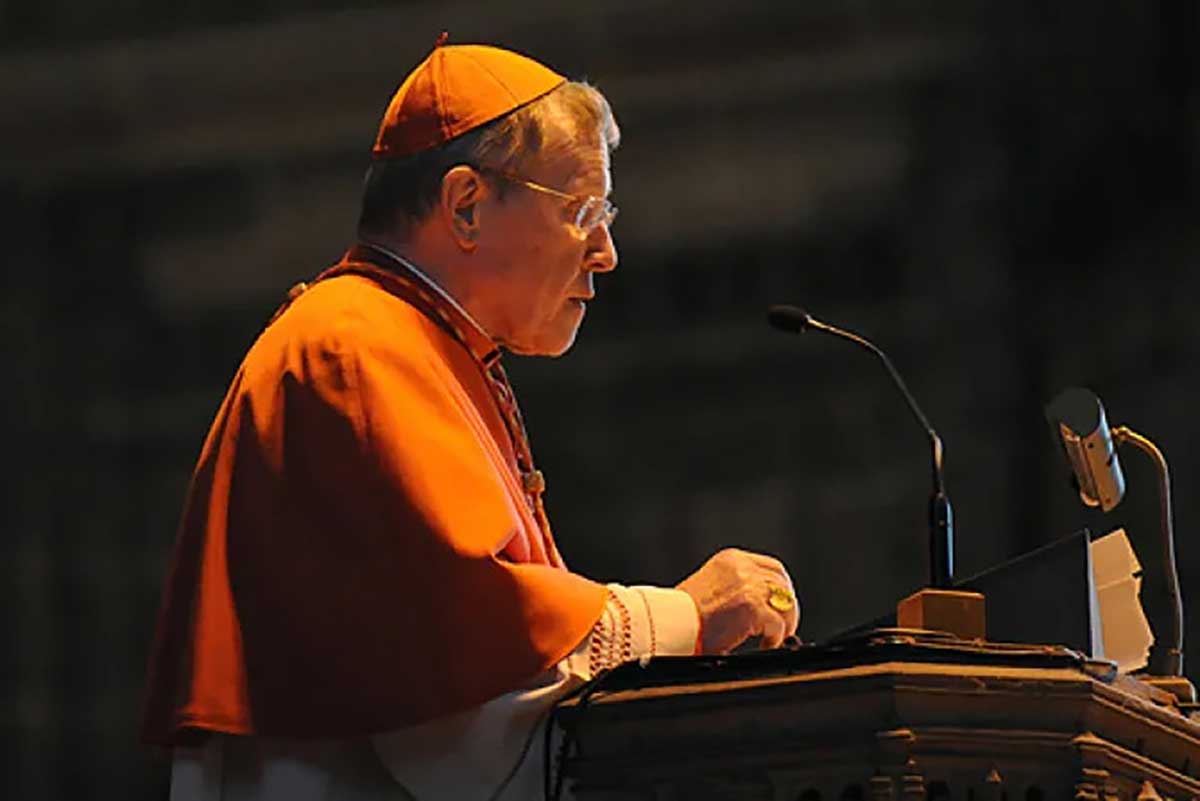 An influential theologian considered to be close to Pope Francis has praised an alternative text for Germany’s controversial “Synodal Way.”

In a lecture delivered in Rome, Cardinal Walter Kasper offered support for a text presenting an alternative to a document endorsed by members of the Synodal Way dedicated to the way power is exercised in the Church.

He said that the Synodal Way text attempted “to reinvent the Church in the face of the crisis with the help of an erudite theological structure,” reported CNA Deutsch, CNA’s German-language news partner

“There is much that is correct in it, but also much that is hypothetical. In the end, many wonder whether all this is still entirely Catholic,” he commented.

He added that “some statements clearly deviate from the basic concerns of Vatican II,” including on the sacramental understanding of the Church and the episcopate.

The 88-year-old former president of the Pontifical Council for Promoting Christian Unity offered the critique in a lecture delivered on Sept. 17 and shared on Sept. 22 by the Diocese of Regensburg, southern Germany.

The Synodal Way is a multi-year process bringing together bishops and laypeople to discuss four main topics: the way power is exercised in the Church; sexual morality; the priesthood; and the role of women.

The German bishops’ conference initially said that the process would end with a series of “binding” votes – raising concerns at the Vatican that the resolutions might challenge the Church’s teaching and discipline.

Bishops and theologians have expressed alarm at the process, which is expected to end in February 2022, but bishops’ conference chairman Bishop Georg Bätzing has vigorously defended it.

Bishop Rudolf Voderholzer of Regensburg presented the alternative text on a new website launched on Sept. 3.

The 36-page document, which has been translated into English and is called “Authority and responsibility,” is the first in a series that will also address the topics of the other three synodal forums.

Kasper said that the alternative document “has a clear grounding in the Council, which we all should have in common.”

“It does not understand tradition as a daunting bulwark, but as an invitation to set out on the way of the Church and to be surprised by new insights.”

The assembly consists of the German bishops, 69 members of the powerful lay Central Committee of German Catholics (Zdk), and representatives of other parts of the German Church.

Kasper said in June that he was “very worried” about the initiative’s direction.

“I have not yet given up hope that the prayers of many faithful Catholics will help to steer the Synodal Way in Germany on Catholic tracks,” he said.

In “Authority and responsibility,” the co-authors expressed concern about the direction of the Synodal Way.

“In the current debate on Church renewal, the necessity of which has become obvious through the abuse crisis, positions are often put forward whose contents have no secure connection with the reappraisal or prevention of abuse of power within the Church,” they wrote.

“Thus, the calls for the introduction of women’s ordination or the desire for a comprehensive adaptation of Church structures to the standards of modern democracies (especially with regard to the separation of powers), as well as doubts about the spiritual authority of the ordained ministry, the plea for its consistent desacralization or a far-reaching reorganisation of the Church’s sexual morality are components of a reform agenda whose origins lie far before the abuse crisis and have only been secondarily associated with it.”

They continued: “Such a conflation of interests does not serve the serious concern with which the Synodal Path was begun and brings with it the danger of new divisions within the German Church as well as in its relationship with the Vatican and the universal Church…”

“If the hope is raised that majority votes of a German synodal assembly could lead to changes in official Church doctrine and universal canon law or at least legitimize a German Sonderweg (special path) in questions of the doctrine of faith and morals, the end result threatens to be a potentiation of the energy-sapping frustration that has already been associated for decades with the struggle for radical reforms in the Catholic Church.”

Pope Francis addressed fears about the trajectory of the Synodal Way in an interview with the Spanish radio station COPE aired on Sept. 1.

Asked if the initiative gave him sleepless nights, the pope recalled that he wrote an extensive letter that expressed “everything I feel about the German synod.”

Responding to the interviewer’s comment that the Church had faced similar challenges in the past, he said: “Yes, but I wouldn’t get too tragic either. There is no ill will in many bishops with whom I spoke.”

“It is a pastoral desire, but one that perhaps does not take into account some things that I explain in the letter that need to be taken into account.”

In June 2019, Pope Francis sent a 19-page letter to German Catholics, urging them to focus on evangelisation in the face of a “growing erosion and deterioration of faith.”

“Every time an ecclesial community has tried to get out of its problems alone, relying solely on its own strengths, methods, and intelligence, it has ended up multiplying and nurturing the evils it wanted to overcome,” he wrote.