Why We Baptise Infants 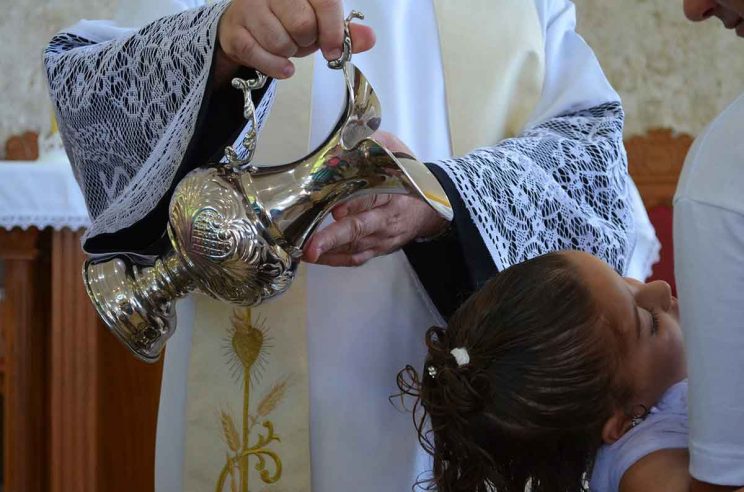 Many years ago when my first child was born, I was told by my parish priest that I would commit a mortal sin if I did not have him baptised within two weeks of birth. Today the Church refuses to baptise a child if the parents do not attend church regularly. We were also taught that unbaptised souls cannot enter heaven (even if limbo has finally departed from our theology). Where do we stand today?

Following the 1917 Code of Canon Law, the Church required parents to see to it that a newly born child was to be baptised as soon as possible. This was considered a grave obligation, and moral theologians interpreted that to mean that a delay of up to two months could result in a grave (mortal) sin. This could explain why the priest you mentioned gave you that warning.

Vatican II required that the 1917 Code should be reformed, and the revision came into force in 1983 on the instructions of John Paul II. Here, inter alia canon 867 states: Parents are obliged to see that their infants are baptised within the first few weeks, adding that if the infant is in danger of death, it is to be baptised without any delay.

You will gather from this that the Church still considers parents to have a heavy responsibility to ensure that their child is baptised sooner rather than later. That responsibility is founded on Christ’s admonition that unless a person is born through water and the Spirit they cannot enter the kingdom of God (Jn 3:6).

Christ’s words imply that those not baptised cannot get into heaven, and so theologians have come up with such teachings as baptism of desire and of blood for adults, which the Church has accepted. The Church has no teaching from Christ about the fate of unbaptised babies, and so the Catechism (1261) says the matter should be left to God’s mercy.

The Catechism (1250), nevertheless, drives home the Church’s traditional belief when it says: The Church and the parents would deny a child the priceless grace of becoming a child of God were they not to confer baptism shortly after birth. Moralists would see gross negligence here as reprehensible.

The New Testament nowhere commands us to baptise infants, but neither does it anywhere forbid it – scripture describes ‘whole households’ being baptised – indeed in Jesus’ time infants were circumcised at 8 days old, distinguishing them as part of the covenant people.

Like circumcision, baptism without personal faith avails nothing and after baptism, the Church and family has a responsibility in teaching the child about Christ.

Historically, the Church’s view remains that baptism should not be administered to a child if there is no reasonable certainty that it will be brought up in the faith.