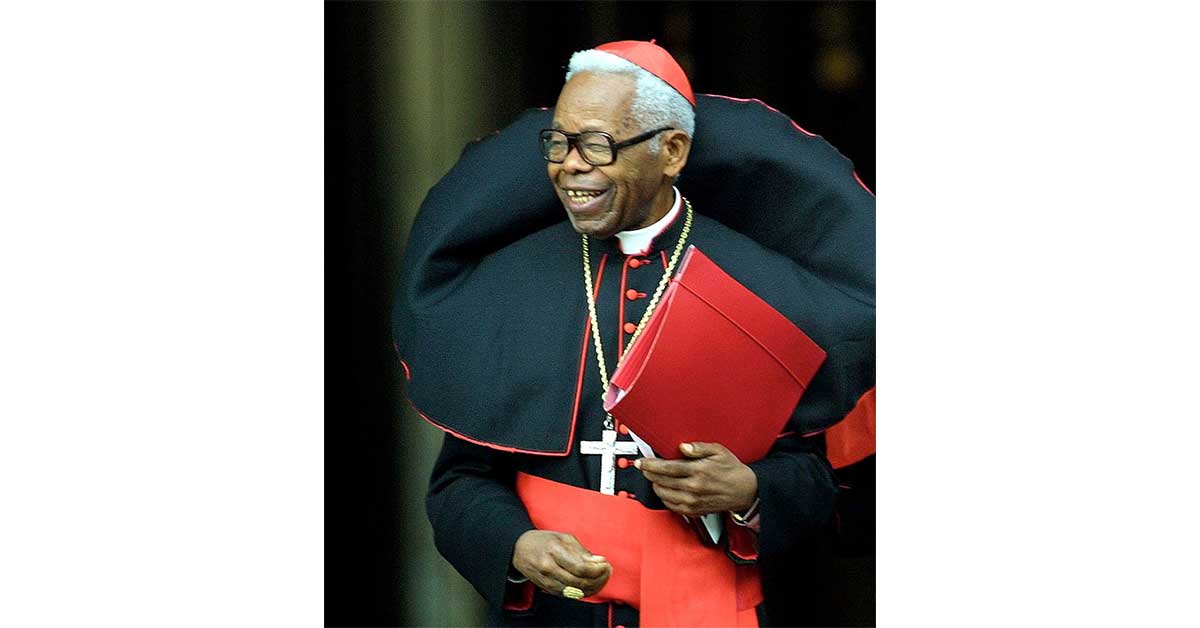 By Carol Glatz – The Catholic Church’s second-oldest cardinal and first Mozambican-born cardinal died on September 29 at the age of 97.

Cardinal Alexandre José Maria dos Santos, who led the Archdiocese of Maputo for nearly 30 years, was an instrumental church leader in promoting peace and reconciliation during and after the country’s long civil war and in addressing the new nation’s many challenges after it achieved independence from Portugal in 1975.

When St John Paul II elevated him to the College of Cardinals in 1988, he was the nation’s first cardinal to have been born in Mozambique.

But 35 years earlier, when Mozambique was still under Portuguese rule, he was the colony’s first Black priest; when he was named head of the Maputo archdiocese in 1974, he became the newly independent country’s first Black bishop.

Cardinal dos Santos’ ministry spanned the modern development of his country. When, as a Franciscan, he was ordained to the priesthood in 1953, this country was still a Portuguese colony. Shortly before independence in 1975, St Paul VI appointed him archbishop.

The long civil war and a series of natural disasters plagued the country for most of its independence, absorbing much of the church’s energies. Over 1 million Mozambicans were killed in the fighting or starved because of lack of food supplies, and another 5 million people were displaced just by the war.

The cardinal was the founder and first president of Caritas Mozambique and consistently sought aid for the country’s poor, its refugees and drought victims.

Born in Zavala, Mozambique, in 1924, he studied at a Franciscan mission school before joining a minor seminary of the order. He pursued his studies in what is today Malawi and then attended a Franciscan novitiate in Portugal.

He was ordained in Lisbon, Portugal, in 1953, and returned to Mozambique to work in Franciscan missions near his birthplace.

His death leaves the College of Cardinals with 216 members, 121 of whom are under the age of 80 and eligible to vote in a conclave.