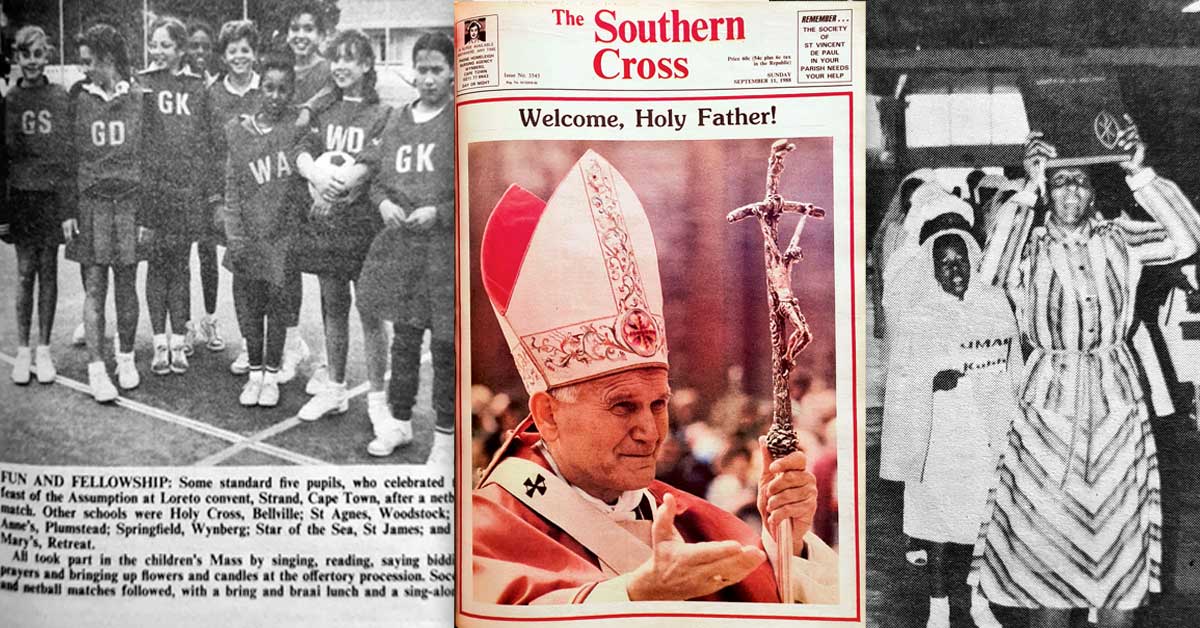 The pope in Southern Africa

On the front-page, The Southern Cross welcomes Pope John Paul II as the pontiff prepares to visit two countries in the SACBC territory — Botswana and Swaziland — as well as Lesotho (to beatify the missionary Fr Joseph Gérard OMI on September 15), Zimbabwe and Mozambique. The pope is not visiting South Africa and Namibia because of the apartheid regime.

In a letter to South African Council of Churches secretary-general Rev Frank Chikane, the Catholic bishops condemned the bombing of the council’s Johannesburg headquarters Khotso House by operatives of the apartheid regime. (Shortly after, the SACBC’s own headquarters, Khanya House in Pretoria, would be bombed.)

Newly-announced restrictions on the End Conscription Campaign (ECC) are “yet another example of the government’s failure to address the root cause of the problems confronting the country”, said the SACBC in a statement.

Pope John Paul II has met with the legendary US jazz singer Sarah Vaughan, who has recorded an album of the pope’s poetry sung to jazz accompaniment.

• Previous “From The Vaults” articles, with full scans, at www.scross.co.za/vaults