Integrity in the Sight of God and Man: 26th Sunday 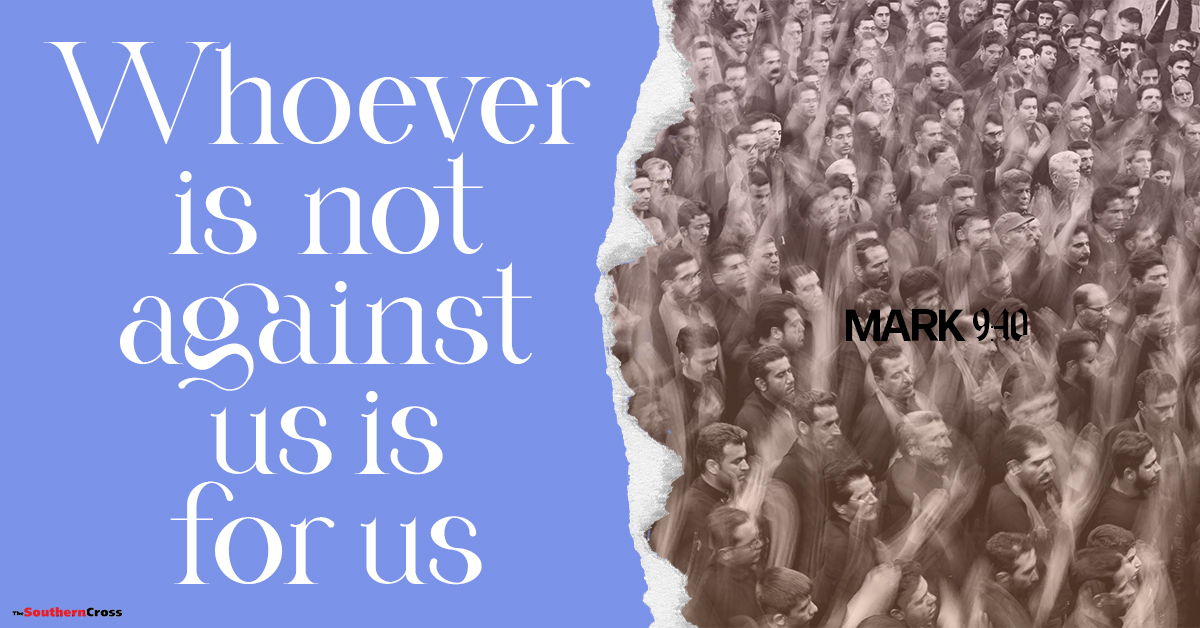 Sermon and Christian Act in the Word –

Theme: Integrity in the Sight of God and Man “The Integrity of Doing Good in Jesus Name” “Do not obstruct others and do not monopolise”

The Scriptural readings of today invite Christians to be men and women of integrity; do not be jealous of others, do not obstruct others, do not monopolise divine power but live by love:

Sermon (Reflection):  Holding on to one’s privileges and monopolising God’s gifts obstructs God’s work in the world. Both Joshua and John sought to monopolize the divine power and laid claims to have exclusive rights to exercise it. Today, in our communities are we not obstructing others to see and meet God? Are we not monopolising the divine power in our societies? Both Moses and Jesus forbade such behaviour, knowing full well that God’s grace and work extends to all people, not just to a particular group. The wealthy landowners rebuked in the letter of James monopolised food and wealth.

Seizing God’s blessings for themselves alone, they condemned others to poverty and starvation. Joshua, the wealthy farmers, and the twelve disciples all made the same mistake of wanting to monopolise the gifts that were given to them to share. In their desire for exclusive power and privileges, they laid a deadly trap for themselves.

Today’s liturgy sounds a resounding warning to all believers against acting in a similar manner. Indeed, using the words of the Psalm in a reference to these warnings, one might say “by them is your servant warned”.

Today’s first reading passage narrates how God manifested Himself in the tent of meeting and transferred some of his Spirit from Moses to the 70 chosen men (To help him, God appointed seventy elders who would share Moses’ burdens. These helpers were to have a share in Moses’ own prophetic spirit and powers and constitute a new leadership group).

Apparently, Joshua was jealous of God’s gift of the Spirit. The text suggests that Joshua considered God’s gift as an exclusive possession of the members of the group present in the tent. Since the tent was a sacred place, while the camp was filled with ordinary people, Joshua thought of himself and the others in the tent as a privileged, sacred group, with exclusive rights to God’s Spirit and prophecy.

Moses corrected the young man, demonstrating an entirely different mindset. He desired that all the people should partake in and share the gift of the Divine Spirit. There is no privileged access to God, and God’s Spirit knows no boundaries or limits. Moses understood this, and selflessly had the good of the entire people in view, while Joshua was concerned with preserving his privileged place. By regarding God’s gifts as his own and trying to have a monopoly of the Spirit, Joshua was obstructing God’s work and acting as God’s opponent. It’s a calling today for all of us not to obstruct other people in God’s work.

Today’s Gospel reading consists of three distinct parts. First, the apostle John, one of the twelve, does exactly what young Joshua tried to do in the first reading. Apparently, an exorcist was casting out demons in Jesus’ name. However, he was not one of the twelve disciples. The twelve had previously performed such exorcisms and somehow became convinced that they had the exclusive right to share in Jesus’ miraculous powers. Consequently, they tried to prevent an outsider from performing healing acts.

Like Moses, Jesus insisted that the man be allowed to continue, as he was clearly working in Jesus’ name and not against him. This episode teaches that the work of God is not restricted to members of a particular group, even if it is the group of the twelve apostles. The disciples’ jealously mounted an attempt to limit the reach of God’s power, and to restrict to themselves the administration of the gift of healing. As Christians, let us try our level best not to obstruct others to do good or be jealous of others.

In the second part of the reading, Jesus warns the same disciples against causing scandals. The “little ones” in the passage refer to those disciples and believers who were not a part of the group of the twelve. Whoever would cause even one of those ordinary believers to fall away from faith by causing scandals would suffer tremendous consequences.

The disciples are thus warned not to monopolise God’s power, and not to use it wrongly, but to ensure that it works without hindrance in the community of believers. They have the authority, but must use it correctly, lest they become “stumbling stones”. Are we not stumbling blocks to others in our Christian life? Food for thought!

Finally, Jesus warns of the deadly consequences of falling into sin. In the context of the entire reading, this might be the sin of presumption and possessiveness exhibited by John and the rest of the twelve. However, this teaching certainly applies to any kind of sin. Using a figurative and shocking image of cutting off body parts and removing the eyes, Jesus emphasises the gravity of sin which can prevent one from entering the kingdom of God and possessing eternal life.

As important as bodily parts are, they mean little in comparison with what matters most in view of life in the future kingdom. By committing the sin of presumption and by jealously guarding their privileges, the twelve disciples jeopardised their own future as well as that of others.

The second reading comes from the letter of James, where the author warns against the errors of presumption and self-reliance, which lead to disregard for God. The author states that disaster and destruction are in store for them, for two reasons.

First, since they disregard God and live focused entirely on this present life, eternal life is closed for them. Instead, condemnation awaits. Their wealth, fancy clothes, gold, and silver are all in fact rotten and useless objects, and an evidence against them in God’s court of justice.  This can be a caution for us Christians that we should not focus on these present material things, they will not last forever, and we need to live by God’s love.

Second, the wealth they gathered is, in fact, a deadly treasure, because it was procured through exploitation and oppression of the farmworkers. God provides the fruits of the earth to feed all people. By grabbing those fruits for themselves, the wealthy farmers made others suffer deprivation and starvation. It is also a calling to us Christians not to get things through exploitation and oppression.

Christian Act in Word of God “Integrity at Work”

One of the great problems that affects the human family and Christian communities is the wrongly understood idea of entitlement. Today’s liturgy speaks of entitlement wrongly understood, and used as a means of protecting the privileges of one group to the disadvantage and harm of others. This kind of harmful entitlement assumes the superiority of an individual, or a group, based on their unique position.

In the first reading Joshua thought that, since he was the right hand of Moses, God’s Spirit belonged only to him. The rich wealthy landowners in James thought that, just because they enjoyed a privileged position in society, they had the right to claim the lion’s share of the food produced by the fields. The disciples, since they were close to Jesus, believed that Jesus worked only through them. All these claims served one purpose: to protect the privileged position of a few, and keep others excluded. Are we not doing the same today?

Today, we often hear of religious leaders who cast themselves as God’s great prophets and agents on earth. They are usually very gifted and intelligent individuals. But they use these gifts to focus attention on themselves in order to manipulate their followers. Many of them make it their mission to attack and undermine the Catholic Church. Since they have nothing to offer themselves, they thrive on criticizing and making unfounded accusations. Such attitudes are never the mark of a true believer. We must distinguish between right and wrong, but it is always wrong to seek superiority and privilege by finding fault with others.

When we think of ourselves as better than others, then we assume and feel entitled to God’s grace and God’s blessings in a greater measure than these others. We need to be men and women of integrity, not to obstruct others and not to monopolise but to allow the spirit of the Lord to work in every person.

Action: From today onwards, I will not obstruct other people in God’s work and I will not monopolise.

Prayer: Almighty Father, we open our hearts today to receive your grace so that we be men and women of integrity. May we be men and women who do not obstruct others and who do not monopolise divine power.  Help us Lord not to be jealous of one another but to wish others well. We ask this through Christ our Lord who lives and reigns with you in the unity of the Holy Spirit, one God forever and ever, Amen.