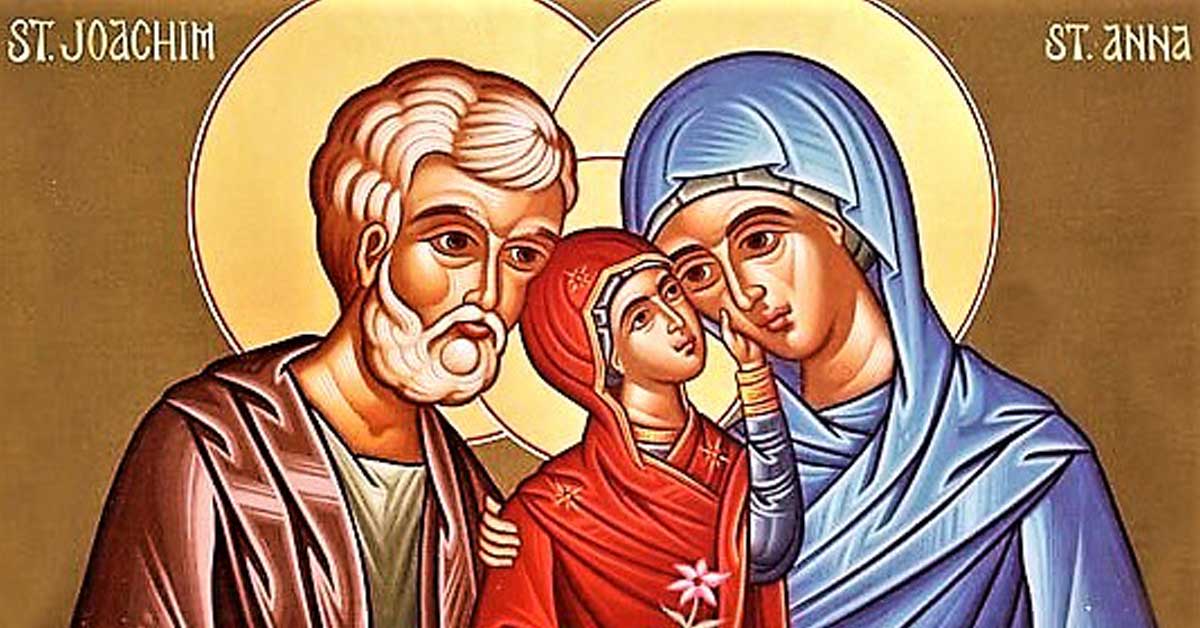 Question: Please explain the family tree of the Virgin Mary. I cannot find it in the Bible and I’m not sure where it came from or if it’s simply a tradition. Her mother was St Anne. Am I correct? I want to explain this to people who are not Catholics.

Answer: That Mary had parents is obvious, but the New Testament is silent about who they were. All the same, the Church accepts that whoever they were, they must have been a singularly saintly couple.

The earliest record of their identity dates from the non-scriptural “Gospel of James” written in Greek in the second century (not to be confused with the Epistle of James in the New Testament, written by the Apostle James)

Scholars do not take its content seriously because it appears to be partly based on the gospels of Luke and Matthew and its unknown author seems to have been non-Jewish, having no familiarity with Jewish life or customs.

It is doubtful that it was written in the Holy Land. Jewish families historically and today have a keen awareness of their ancestry. Because the New Testament does not tell us anything about Jesus’ grandparents, it is probable that the “Gospel of James” aptly filled the ancestral void for the early converts, especially those who were Jewish.

The “Gospel of James” gives the names of Mary’s parents as Joachim and Anne. They were respected among their community but unhappy because they were childless. In those times childlessness was a disgrace. They prayed earnestly for a baby. Joachim prayed in the desert and Anne stayed at home.

Then each received an angelic vision of assurance that God had heard their prayer. Anne gave birth to Mary whom she consecrated to God and presented in the temple for the Lord’s service.

The “Gospel of James” was translated into many languages and soon spread widely as its popularity grew. Devotion to Joachim and Anne increased and many churches were dedicated to them.

However, we must remember that the Church does not accept the “Gospel of James” as historical or as part of biblical revelation.

It is probably because of the deep Christian veneration of Mary the Mother of God that devotion and respect for her parents became so popular, even finding its way into the liturgical calendar.