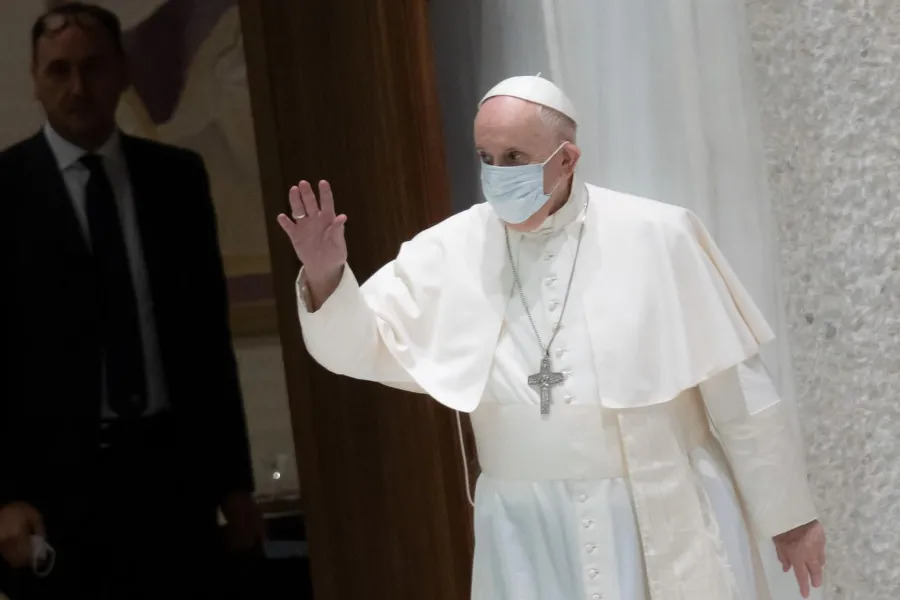 In a new interview, Pope Francis said that a nurse saved his life, in reference to a medical issue he had earlier this summer.

“A nurse saved my life,” Pope Francis told Spanish COPE radio, in excerpts of an interview which aired Sept. 1.

In a pre-released segment, a journalist can be heard asking Pope Francis how he is doing after a July 4 operation on his colon.

“I’m alive,” the pope responded. “A nurse, a man with a lot of experience, saved my life.”

The Italian newspaper La Repubblica reported on Aug. 31 that the man Pope Francis was referring to is Massimiliano Strappetti, a nurse who has worked in the Vatican since 2002, after eight years serving in the intensive care unit at Rome’s Gemelli Hospital.

COPE radio wrote that Strappetti is a husband and father and known for being generous and devoted to others.

According to La Repubblica, Strappetti was the person who advised Pope Francis to undergo tests after he had his first flare-up of diverticulitis in February.

Strappetti, together with the pope’s other medical staff, recommended that he have the July 4 operation to keep the situation from becoming worse.

Pope Francis returned to the Vatican July 14, after spending 11 days in Gemelli Hospital to recover from the three-hour surgery to remove a part of the colon to relieve a stricture caused by diverticulitis.

“This is the second time in my life that a nurse has saved my life. The first was in the year ’57,” Pope Francis told COPE, in reference to an Italian religious sister who helped him when he was ill with pneumonia during his seminary studies in Argentina.

Francis put the rumours to rest, joking that “when a pope is sick, a wind or a hurricane of a conclave rises.”

La Repubblica also claimed to have learned that not only is Pope Francis not thinking about retirement, but also that he is not drafting a document with rules for retired popes, as had been recently rumoured.

In the hour and a half-long interview, Pope Francis also spoke about the situation in Afghanistan.