Pope: Getting old is not a disease, it’s a privilege 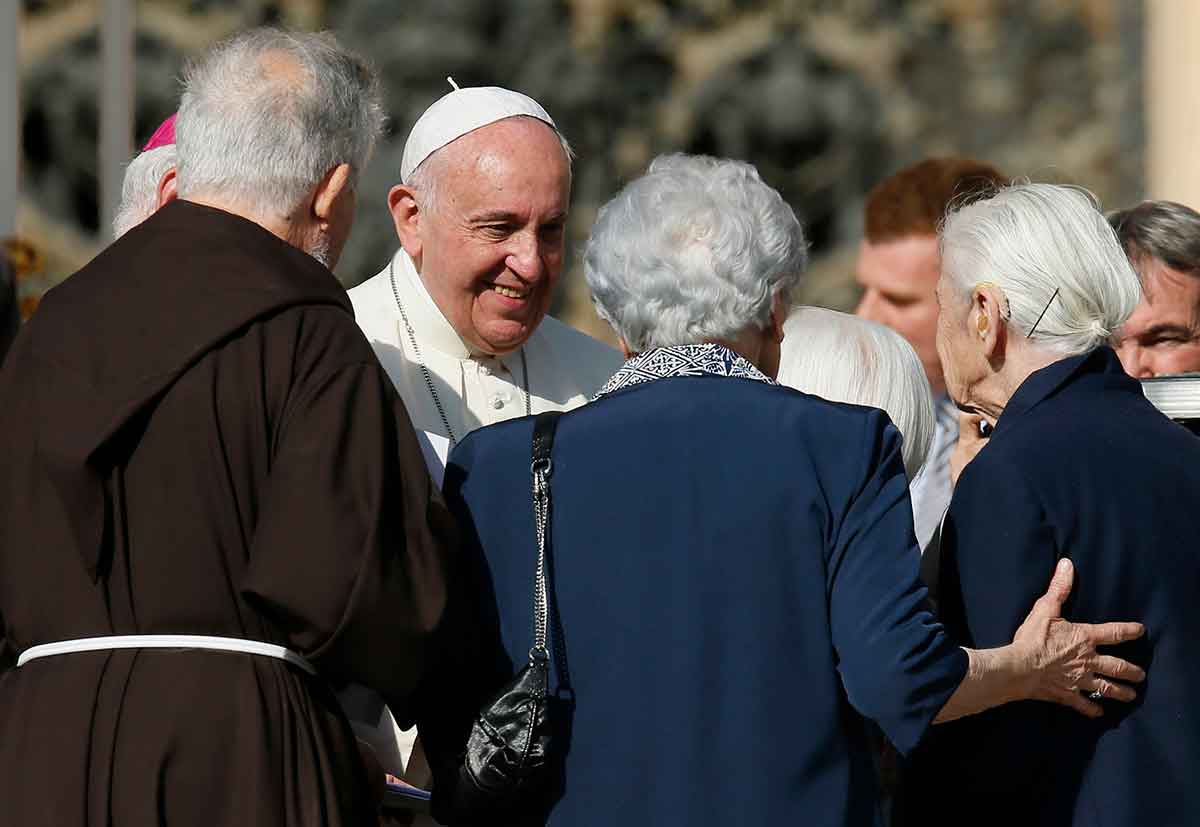 Pope Francis greets people during an encounter with the elderly in St. Peter’s Square at the Vatican in this Sept. 28, 2014, file photo. Getting old isn’t a disease, it’s a privilege, Pope Francis told older priests in written message. (CNS photo/Paul Haring)

By Carol Glatz –  Getting to be a ripe old age is a privilege, Pope Francis told older priests.

If facing an illness, that too, becomes a privilege in that one resembles Jesus, “who suffers, and one carries the cross, just like him,” he said in a written letter.

“Pray for me as I am a little old and a little sick, but not a lot!” he added.

The letter was read aloud to priests from the northern Italian region of Lombardy taking part in a “Day of Fraternity” Sept. 16 with their bishops in the town of Caravaggio.

A Mass was also celebrated the same day in the Sanctuary of Santa Maria della Fonte, and prayers were said for all the priests from the region who died of COVID-19. According to Vatican News, out of the nearly 300 priests who died in Italy, nearly a third were from Lombardy.

In his message, the pope greeted all older priests and said, “You are living a season – old age – that is not a disease, but a privilege.”

Addressing those priests who are ill, the pope recognised the communities who are “rooted in Christ” with their care for them.

“However, you are not just objects of assistance, but active protagonists in the community — you are bearers of dreams, dreams full of memories, and for this reason (you are) so important for the younger generations because your dreams are their roots,” he wrote.