What role does the Eucharist hold in the Eastern Orthodox Church? 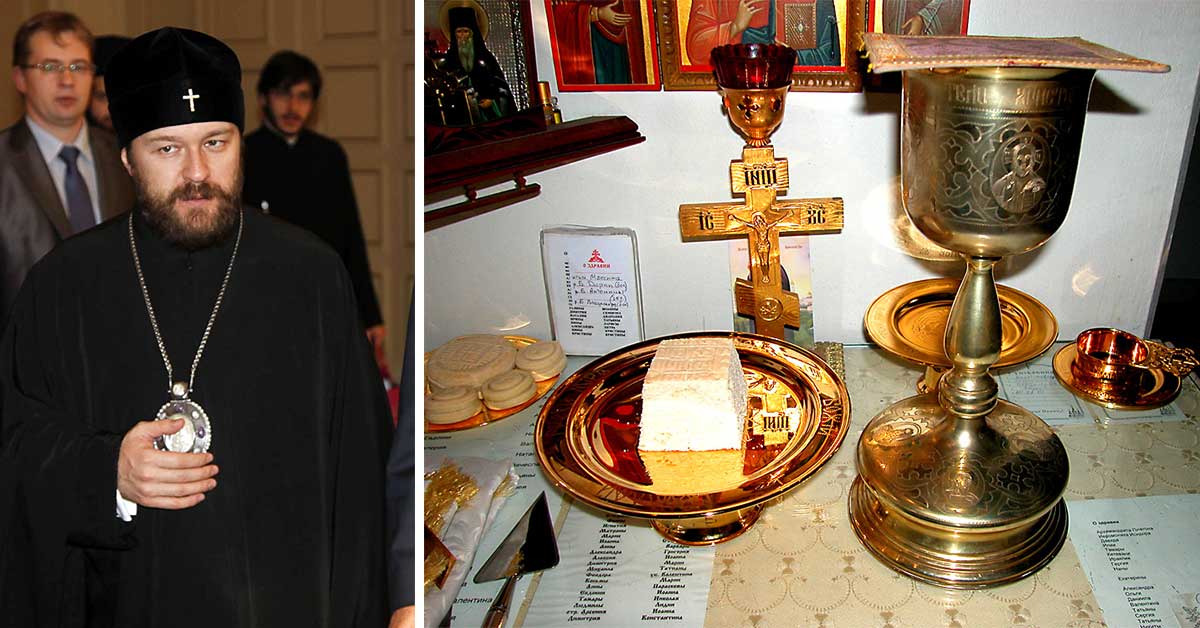 Orthodox believers are called to pursue deification, or divine qualities, according to a Russian Orthodox leader. The most powerful way to do this, he says, is through the Eucharist.

Metropolitan Hilarion Alfeyev spoke with EWTN about the importance of the Eucharist at the 52nd International Eucharistic Congress in Budapest, Hungary, on Sept. 6. His comments came after he delivered the event’s opening catechesis. While there are many differences between Catholics and Eastern Orthodox believers, he stressed that they share the same understanding of the Eucharist.

“We all believe that in the Eucharistic bread and wine, we have not some kind of symbolic presence of Christ, but his full and real presence,” Metropolitan Alfeyev, chairman of the Department for External Church Relations of the Moscow Patriarchate, explained during an interview with Matthew Bunson, executive editor and EWTN News Washington Bureau chief and Fr. John Paul Zeller, employee chaplain of EWTN.

He highlighted that Orthodox believers treat the Eucharist in a special way.

“In the Orthodox tradition, the Eucharist is closely related to the theological notion of deification,” he said. “It’s not an easy subject to talk about, but the point is that we are called to become deified.”

He continued: “In other words, we are called to acquire divine qualities while remaining humans. The Eucharist is the most powerful means to achieve this because during the Eucharist, it is the body and blood of Our Lord Jesus Christ which enters our body and his blood starts to flow in our beings.”

The Orthodox leader said that history played a role in how his Church views the Eucharist today.

“We have a very special experience in the Russian Orthodox Church because we lived for 70 years in the situation of persecutions,” he said.

“The Church was deprived of its very basic rights, such as mission, charity, publications – all of this was virtually forbidden. The only thing which remained actually was the possibility to celebrate the liturgy and to give communion to the faithful,” he said.

“This is what preserved us as a Church,” he urged.

While only a limited number of people could attend church worship under Soviet rule, he noted that right before the Soviet Union collapsed, people started returning – because of the Eucharist.

In his words, “it was precisely the Eucharist that actually attracted them most.”

Today, he agreed that the Orthodox Church faces new challenges.

“We are all affected so, in one way or another, by secularism and relativism,” he said. “We also have a huge gap between those who are, let’s say, nominal Christians, and those who are practising Christians.”

While 70% of Russians might identify as Othodox Christians, they don’t all accept the teachings of their religion, he emphasised.

He expressed hope for the future – through the Eucharist.

“We all need to work hard to explain to people what the Eucharist is about and what is the importance of the reception of the Holy Communion,” he concluded.