New report to show more than 3,000 paedophiles in French church since 1950s 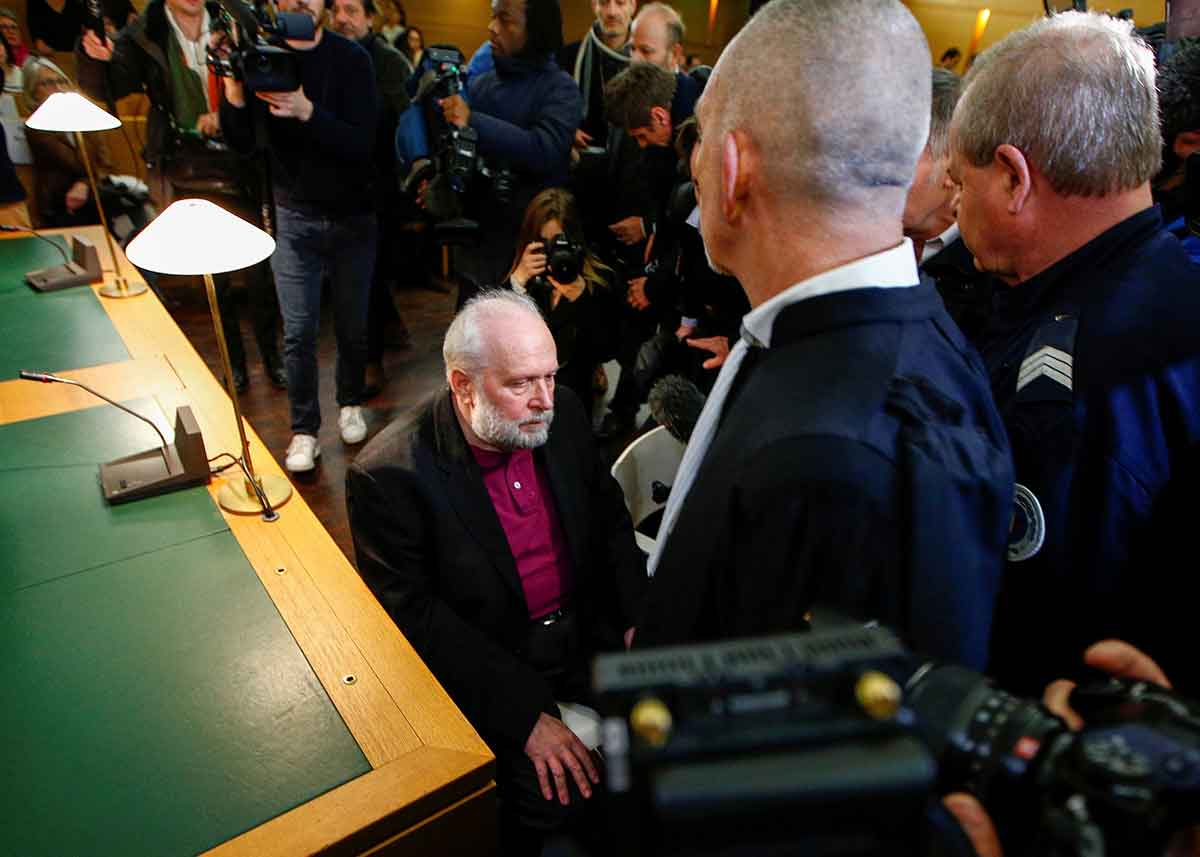 Former French priest Bernard Preynat is seen in a Lyon, France, courthouse Jan. 13, 2020. On March 16 that year he was sentenced to jail for five years for the sexual assault of Scouts. (CNS photo/Emmanuel Foudrot, Reuters)

More than 3,000 paedophiles have operated within the Catholic Church in France since the 1950s, an official investigation found.

Speaking two days before the publication of a report into clerical sex abuse in the French church, Jean-Marc Sauvé, the head of the investigating commission, said the inquiry found evidence of between 2,900 and 3,200 abusers.

“That is a minimal estimate,” he told the French news agency Agence France-Presse, without clarifying whether all of the alleged abusers were clergy.

“It is an important step, but not the end of the story, not for the Catholic Church, or for the rest of society,” he said on October 3.

“At the end of this considerable work, one cannot claim to have the whole truth. We are only at the threshold,” he continued. “Other work will have to deepen knowledge on child crime. But we have enough proven facts to speak confidently and legitimately.”

The 2,500-page report on a four-year investigation into abuse in the church is due to be launched at a news conference on October 5. It is based on records held in relation to 115,000 priests as well as court and police archives and interviews with 6,500 sexual abuse survivors.

Sauvé, a senior civil servant, said his commission already had passed evidence to prosecutors in 22 cases, as some of the allegations were against church figures who are still living.

As part of its work, the inquiry investigated “the mechanisms, notably institutional and cultural ones” within the Catholic Church, which allowed paedophiles to operate. It will conclude with 45 recommendations.

One of the most notorious cases of clerical sex abuse in France involved Bernard Preynat, a laicised priest who in 2020 was sent to jail for five years for abusing Boy Scouts, ages 7-14, between 1971 and 1991.

He admitted to the sexual assault of up to two boys nearly every weekend and as many as four or five a week when away camping.

The scandal led to the criminal trial and resignation of Cardinal Philippe Barbarin as archbishop of Lyon, because he had allowed Preynat to continue to serve as a priest between 2010 and 2015 after learning of the abuse allegations against him.

Cardinal Barbarin said he had been lenient because he had received assurances from Preynat that he had assaulted no one since 1991.

The cardinal was given a six-month suspended sentence in March 2019 for failing to report the abuse, but was cleared of criminal liability on appeal. Five weeks later, Pope Francis accepted the 69-year-old cardinal’s resignation as archbishop of Lyon.