Pope Advances Sainthood Cause of Dutch Priest Murdered at Dachau 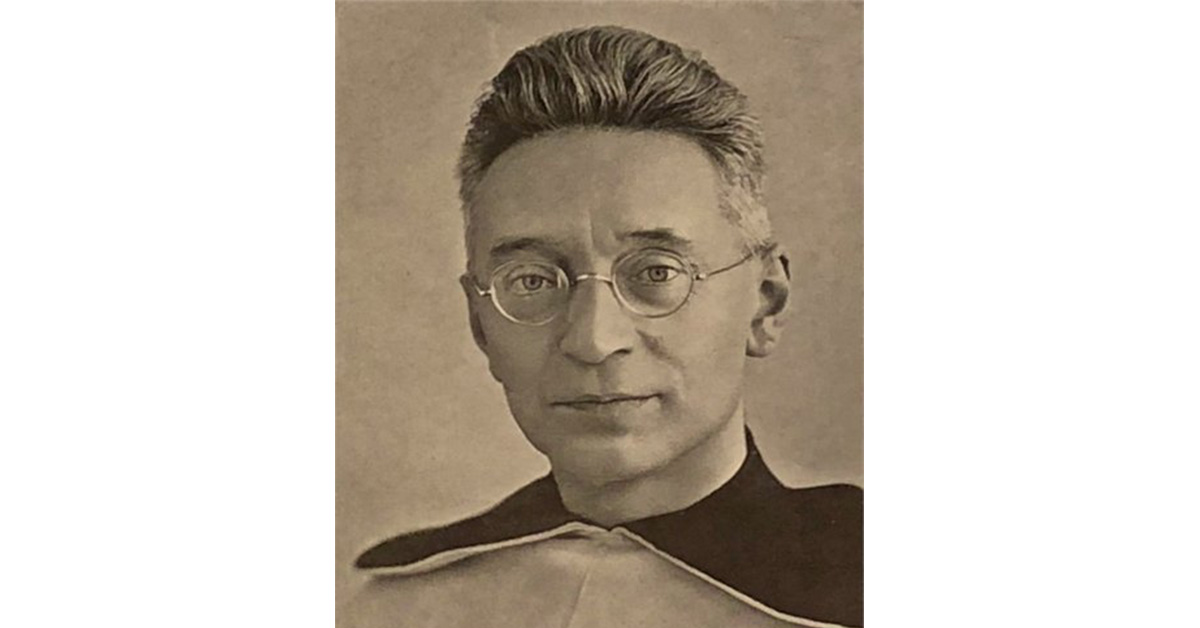 Pope Francis has signed a decree recognising a miracle attributed to the intercession of Blessed Titus Brandsma, clearing the way for the canonisation of the Dutch Carmelite martyred at the Dachau concentration camp. Blessed Brandsma is pictured in an undated photo. (CNS photo/courtesy Titus Brandsma Institute)

By Carol Glatz – Pope Francis signed a decree recognising a miracle attributed to the intercession of Blessed Titus Brandsma, clearing the way for the canonisation of the 20th-century martyr murdered at the Dachau concentration camp.

The Dutch Carmelite friar was sent to Dachau for treason – after defending Jews and press freedom – and was killed with a lethal injection.

Read our tribute to Catholic martyrs of the Third Reich.

Dachau, the notorious Nazi concentration camp in Germany most associated with the genocide of thousands of Jews during World War II, also held more than 2,700 clergy – 2,400 of them Catholic priests.

Blessed Brandsma was sent there after urging editors of the Dutch Catholic press to violate a new law of the Third Reich and not print any Nazi propaganda. He also denounced Nazism as “a sewer of falsehood that must not be tolerated,” said Dianne Traflet, an assistant professor of pastoral theology and the associate dean of graduate studies at Seton Hall University in South Orange, New Jersey, during a talk at the national World War II Museum in 2018.

Speaking to the nurse charged with giving him the lethal injection in July 1942, Father Brandsma assured her of her goodness as one of God’s children, gave her his rosary beads and encouraged her to pray. The priest’s example of love, forgiveness and human dignity led the nurse to return to her Catholic faith after the war, Traflet said.

Pope Francis also recognised a miracle attributed to the intercession of Blessed Carolina Santocanale, also known as Blessed Mary of Jesus, an Italian nun born in 1852, who founded the Congregation of the Capuchin Sisters of the Immaculate of Lourdes.

The Vatican did not immediately announce dates for the canonisation ceremonies.

Among the other decrees signed, the pope recognised the martyrdom of five priests who were executed by members of the Paris Commune as its revolutionary government was violently crushed by the French Army in 1871.

They were a handful of the 75 clergy and 35 soldiers taken hostage and executed in the Rue Haxo massacre by members of the Paris Commune during the commune’s suppression after 71 days in power. Soldiers of the National Guard had seized power in Paris in March 1871 to establish a social democracy promoting workers, abolishing child labour and separating church and state.

The rebels, known as the Communards, confiscated church properties, abolished religious education and detained clergy with other prominent figures as hostages against French government army reprisals. French military forces eventually took control of Paris and executed at least 20,000 suspected Communards in what became known as the “bloody week.”

– The heroic virtues of Italian Bishop Antonio Bello of Molfetta-Ruvo-Giovinazzo-Terlizzi, who was born in 1935 and died in 1993. He was a member of the Secular Franciscan Order, established a centre to treat drug addiction and visited Italian immigrants from his diocese who moved to Australia, Argentina and Venezuela. He was national president of Pax Christi and a vocal critic of international conflicts and the militarization of his region of Apulia with NATO aircraft bombers.

– The heroic virtues of Discalced Carmelite Father Juan de San Pedro Ustarroz, who was born in Spain in 1564 and died in Italy in 1615. He was active in founding the Italian congregation of the order, promoted St. Teresa of Ávila’s beatification in 1614 and wrote numerous volumes on theology, sacred Scripture, religious life and mysticism.

– The heroic virtues of Italian Father Giorgio Guzzetta of the Congregation of the Oratory of St. Philip Neri, who was born in 1682 and died in 1756. He promoted and supported priests and religious traditions of the Byzantine and other Eastern rites in southern Italy, as well as Albanian immigrants.

– The heroic virtues of Sister Natalina Bonardi, founder of the Congregation of the Sisters of St. Mary of Loreto, who was born in Italy in 1864 and died in 1945.

– The heroic virtues of Sister Maria Dositea Bottani, superior general of the Ursuline Sisters of Gandino, who was born in 1896 and died in 1970.

– The heroic virtues of Odette Vidal de Oliveira, a Brazilian girl who was born in 1931 and died in 1939 after contracting typhus fever. She nurtured her relationship with Jesus in the Eucharist and was particularly devoted to St Joseph.