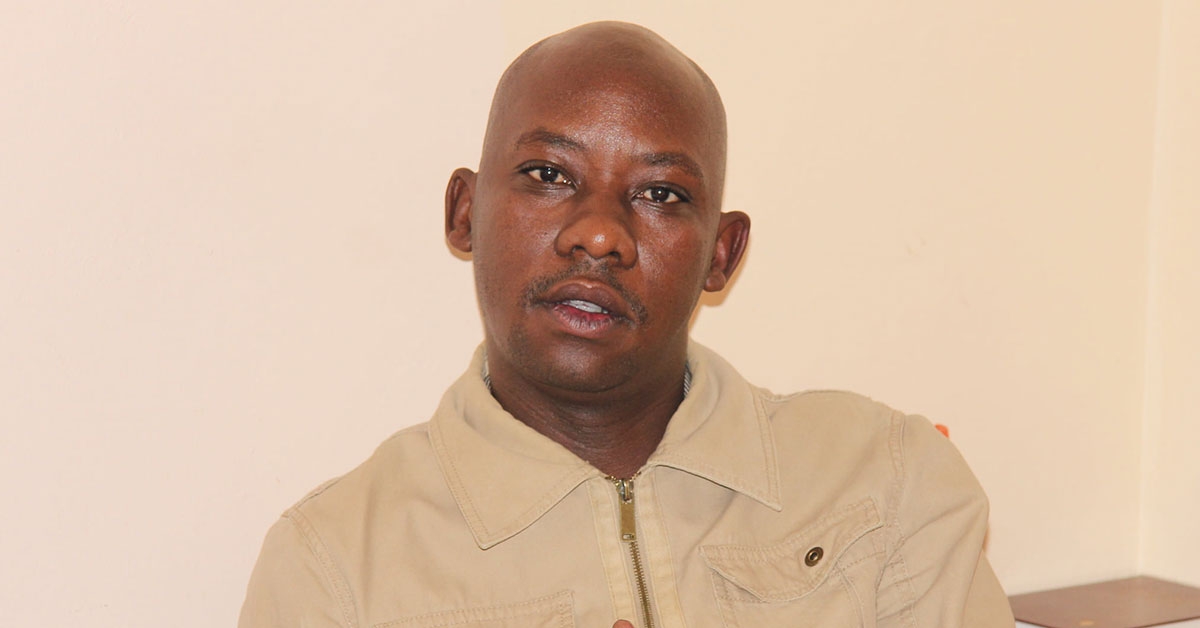 By Fr Mathibela Sebothoma – I was so sad to hear about the passing of Fr Obed Tlhalefang Ramoipone of Pretoria. It was even more devastating to know that when he was in hospital and sick, no information was delivered to some of us who knew him. It happened at a priests’ conference that his name was mentioned during the prayers of the faithful.

Fr Ramoipone was born on September 6, 1976 and died on December 25, Christmas day.

I first encountered Fr Obed when he was still a seminarian. In those years I used to host seminarians and young religious for their annual gathering. I also used to invite individual seminarians and young women religious to give testimonies at Holy Masses that I presided. Obed was always the quietest one. But given a chance, he always contributed much.

When I was appointed parish priest of St Charles Lwanga in 2007, I found him there as an assistant priest. He had been ordained a year earlier and worked under the tutelage of Fr Bongiknkosi Aloys Mkhize.

He knew that he could have become parish priest when Fr Bongi left the parish, but he gracefully accepted that I was the new parish priest. Yet in our collaboration, we never considered each other junior or senior. We were co-pastors. His time with me gave me the confidence to stay with other clergy though younger and new to ministry.

He welcomed me and updated me about developments and challenges in the parish. Our theology was mostly pastoral. This was helpful as I had been out of the country for two-and-a-half years.

Firstly, we reflected upon the role of women in the parish. The parish was patriarchal, despite the fact that Fr Smangliso Mkhatshwa and Fr Abel Gabuza were progressive in the eyes of the community.  Women were in the majority of all parish activities, yet they could not become parish leaders. As we prepared the election of parish council leaders, we decided on “one person, one vote” principle. On a Sunday, with prepared ballots and ballot papers, the parish of St Charles Lwanga had its first female chairperson: Mrs Enency Mbatha.

Secondly, we reflected upon the participation of the parish in the North West deanery of the archdiocese of Pretoria. Our predecessors had decided to be part of the Northern Deanery, which had been mostly part of the Bophutatswana Bantustan, and most of the priests were Italian Stigmatines. The Northern Deanery was mostly served by African priests and was in the main deserving a preferential option for the poor.

The Northern Deanery had earlier been the host of St Peter’s Seminary, Hammanskraal, which was the epitome of Black Theology and the centre of the liberation of the African Child. St Charles Lwanga parish gradually accepted the new ecclesiological boundaries and former magistrate Enock Choma was elected deputy chairperson on the North Western Deanery Pastoral Council.

Thirdly, we reflected upon the Extraordinary Ministers of Holy Communion. By that time, we had about 20 old men and women who were wearing albs, and were part of the entrance procession together with the altar servers. They also had their special place in the sanctuary. Together with Fr Ramoipone, we had studied sacramentology and were exposed to training by the Lumko Institute. We came to the conclusion that Extraordinary Ministers of Holy Communion did not have to wear a special dress at the Holy Eucharist. And if needed, we decided that some of them could come just before holy Communion in their secular dress. While there was dissatisfaction and opposition, the Christian community accepted our counsel.

Fourthly we had to deal with Christian funerals. There was an expectation that anyone who had a relative in the parish, even if the deceased was not Catholic, deserved full Catholic funeral rights. We looked into Canon Law and the Traditions of the Church, which made no provision for such a practice. There was much opposition. But ultimately sanity prevailed. We continued to support bereaved families with the understanding that only baptised Catholics were entitled to full Catholic funeral rights.

We also stopped the practice of having academic examinations before individuals could access sacraments. Catechism was never intended to be for those with intellectual capacities. Instead we had conversations — not interviews — with those who were ready to receive sacraments.

We did not always agree on certain issues, but Fr Ramoipone was not one to express his differences forcefully. I knew that when he shook his head left and right, I had to reconsider my views.

When the time was ripe, I recommended him for appointment as parish priest. When he left the parish to work in Hammanskraal, we continued our relationship. We would often confide in each other, knowing that we were in a safe space.

When he had personal challenges, I recommended him to volunteer to serve the Church and country in the South African National Defence Force. He was happy as a military chaplain. He acquired discipline and obedience. He remained humble to the end.

While we continued to chat in social media applications, I last saw him when he came to Pretoria to record his message for members of our military forces.

I salute you my brother. You ran the race. Now it is time accept the final bow.