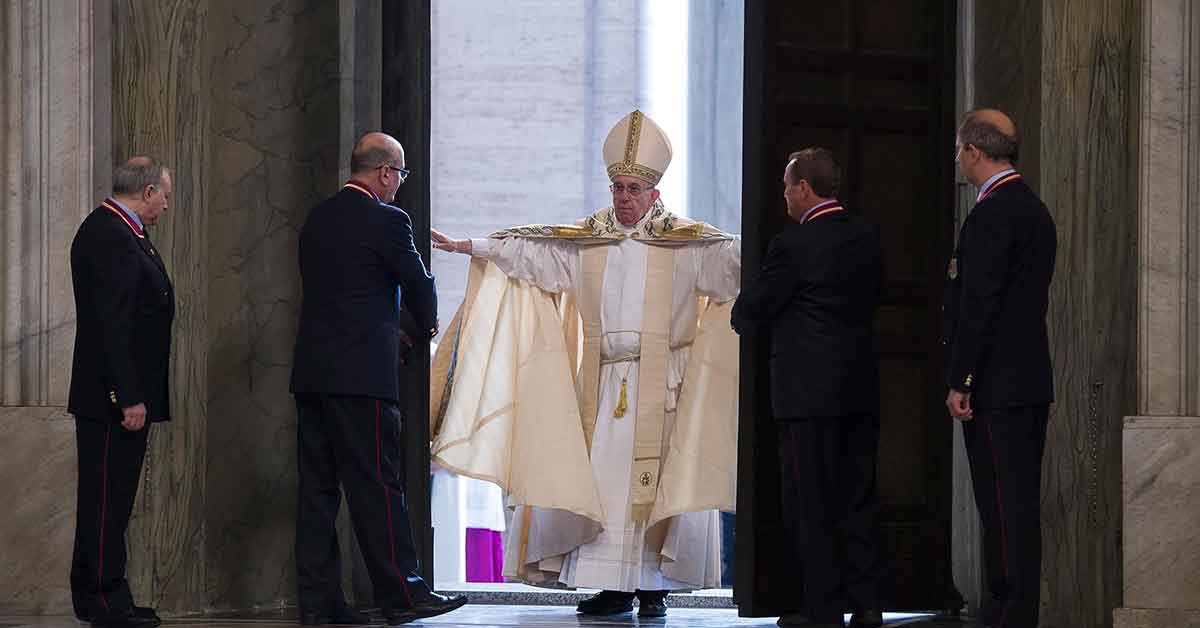 In this 2015 file photo, Pope Francis opens the Holy Door of St. Peter’s Basilica to inaugurate the Jubilee Year of Mercy at the Vatican. Preparations for the Holy Year 2025 have already begun. (CNS photo/L’Osservatore Romano, handout)

By Cindy Wooden –  Preparations for the Holy Year 2025 have already begun, and Pope Francis has asked the Pontifical Council for Promoting New Evangelisation to take charge of the efforts.

In a brief note Dec. 26, the Vatican press office said Archbishop Rino Fisichella, president of the pontifical council, already has had meetings with officials of the Vatican Secretariat of State and with the offices that will be involved in funding Holy Year activities: the Administration of the Patrimony of the Holy See and the Secretariat for the Economy.

A holy year or jubilee is a time of pilgrimage, prayer, repentance and acts of mercy, based on the Old Testament tradition of a jubilee year of rest, forgiveness and renewal. Holy years also are a time when Catholics visit designated churches and shrines, recite special prayers, go to confession and receive Communion to receive a plenary indulgence, which is a remission of the temporal punishment due for one’s sins.

Finally, in 1470, Pope Paul II established the celebrations every 25 years, which has been the practice ever since. However, special anniversaries have called for special holy years, for instance, in 1933 to mark the 1,900th anniversary of Jesus’ death and resurrection and in 1983 to mark the 1,950th anniversary.

Pope Francis, seeing a need to emphasise God’s mercy and to encourage Catholics to return to the sacrament of reconciliation, declared an extraordinary Year of Mercy, which ran in 2015-16.

For the Year of Mercy, and traditionally for holy years, the celebrations begin with the pope opening the Holy Door of St Peter’s Basilica on Christmas Eve and ends with the sealing of the door one year later.