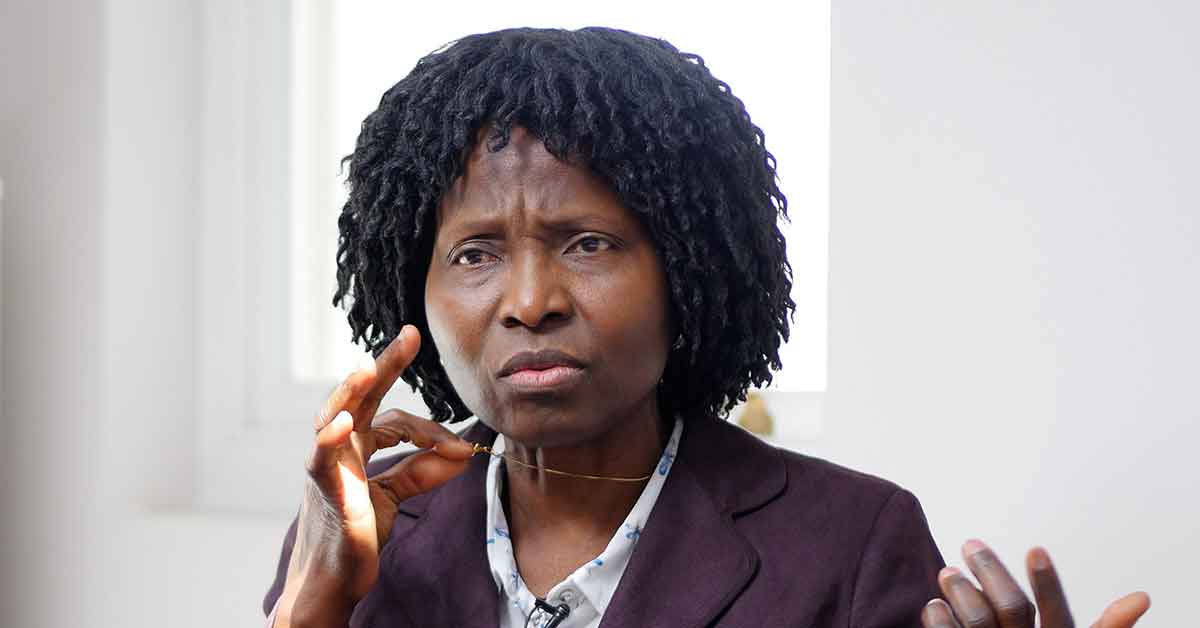 Mary Onuoha, a Catholic nurse from London, is pictured in an undated photo holding up her cross necklace. She successfully claimed at an employment tribunal that she suffered harassment and discrimination from her bosses because she refused to remove the small gold cross from around her neck while she was at work. (CNS photo/courtesy Christian Concern)

By Simon Caldwell –  A Catholic nurse suffered harassment and discrimination because she refused to remove a small gold cross necklace at work, an employment tribunal ruled.

Mary Onuoha, 61, was subjected to “offensive and intimidating” treatment by the National Health Service, her employer, and was unfairly dismissed from her job at the Croydon University Hospital in London, the tribunal concluded.

In a judgment handed down on Jan. 5, the three-member tribunal panel rejected claims by the health service that the cross was not a symbol of the nurse’s faith and that it was an infection risk.

The tribunal said her managers created “an offensive, hostile and intimidating environment” for the Nigerian-born nurse. It singled out criticism by one manager, who interrupted surgery on an anaesthetised patient to castigate Onuoha in an operating room in front of other staffers, one of whom was wearing earrings and a pendant.

“This was to treat the matter as if it was an emergency but … it was not,” the tribunal concluded.

Onuoha said she had worn the necklace for 19 years without complaint but was placed under pressure to remove it beginning in 2015. She said other staff were allowed to wear hijabs, saris, turbans, lanyards, jewellery and even bunches of keys around their necks.

She said she suffered a campaign of harassment and discrimination, including demotion, from 2018 until the summer of 2020, when she resigned.

The tribunal said the NHS “constructively dismissed” Onuoha “without reasonable and proper cause,” thereby discriminating against her and breaching her human rights.

It noted that “stopping Christians from displaying the cross has been a feature of wider persecution campaigns” in parts of the world, and it acknowledged biblical teaching “imploring Christians to be open about their faith and not to hide it.”

In a film made for the Christian Legal Centre, which supported the nurse in her lawsuit against the NHS, Onuoha said: “I don’t think I could do my job without the cross. I draw my strength from looking at the cross.

The NHS has apologised to Onuoha and said it will review its policies. Damages and other costs have yet to be announced.