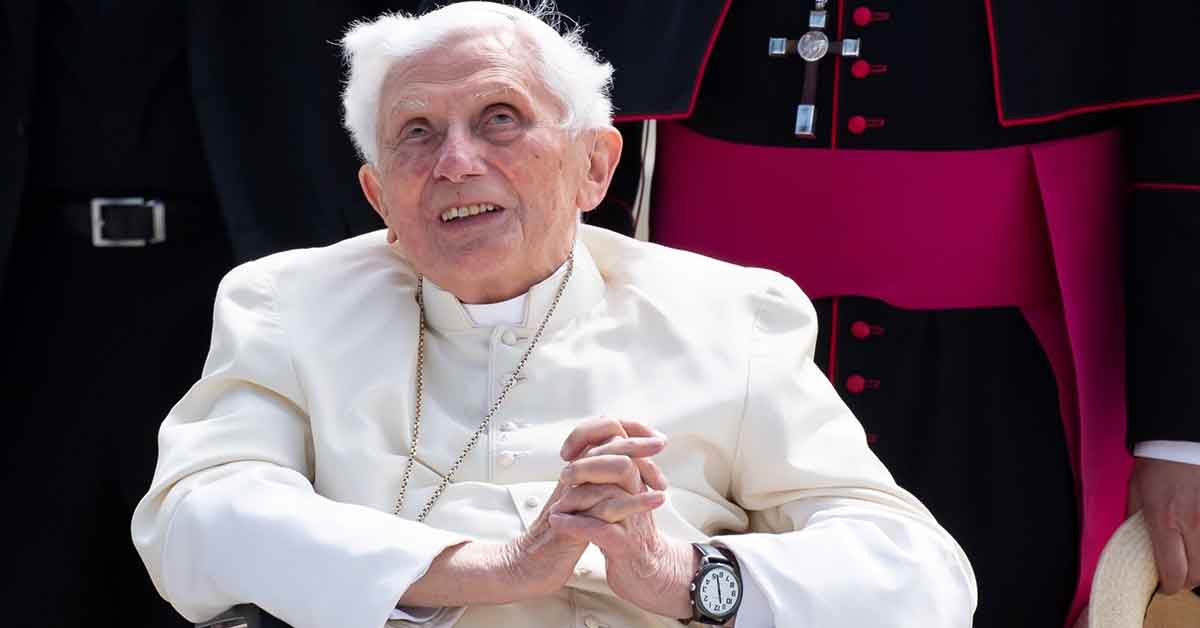 By CNS- A law firm’s report on how abuse cases were handled in the Archdiocese of Munich and Freising incriminated retired Pope Benedict XVI, with lawyers accusing him of misconduct in four cases during his tenure as Munich archbishop.

Pusch said two cases concerned priests who were criminally prosecuted for abuse under then-Archbishop Joseph Ratzinger but were allowed to continue working as priests. No action was taken against them under church law, and there had been “nothing discernible” done in terms of caring for the welfare of the victims.

KNA reported the lawyers said the retired pope’s statements offered “an authentic insight” into the personal attitude of a prominent church representative toward abuse.

Pusch expressed doubt about Pope Benedict’s claim of ignorance in some cases, saying this was, at times, “hardly reconcilable” with the files.

At the Vatican, Matteo Bruni, director of the Vatican press office, said, “The Holy See believes it has an obligation to give serious attention to the document” on cases of abuse in the Archdiocese of Munich and Freising, but it has not yet had a chance to study it.

“In the coming days, following its publication, the Holy See will review it and will be able to properly examine its details. Reiterating its sense of shame and remorse for the abuse of minors committed by clerics, the Holy See assures its closeness to all victims and confirms the path taken to protect the youngest, ensuring safe environments for them,” Bruni said.

Retired Pope Benedict headed the Munich Archdiocese from 1977 to 1982, before being called to the Vatican to head the doctrinal congregation.

From 2001, when St. John Paul II charged the Congregation for the Doctrine of the Faith – headed by then-Cardinal Joseph Ratzinger – with the authority to take over cases from local bishops for investigation, Pope Benedict was aware of many examples of abuse. It was his office in 2003 that expedited the process for laicising priests guilty of sexually abusing minors.

After his election in 2005, Pope Benedict worked to address lingering concerns.

Although he mostly stayed out of public view in retirement, in April 2019 the former pope in April published what he described as “notes” on the abuse crisis, tracing the roots of the scandal to a loss of a firm faith and moral certainty that began in the 1960s. The church’s response, he insisted, must focus on a recovery of a sense of faith and of right and wrong.

The Munich investigation followed two years of research and covers the period from 1945 to 2019, centring on who knew what about sexual abuse and when, and what action they took, if any, KNA reported. The report identified 497 victims and 235 abusers, but the lawyers who conducted the study say they’re convinced the real numbers are much higher.

Four volumes with almost 1,900 pages comprise the “litany of horror” that lawyers presented. They spoke of the “total failure” of a system, at least until 2010.

Pope Benedict’s statements on the case of the repeat offender Peter H., who came to Munich from Essen in 1980, were described by lawyer Ulrich Wastl as “not very credible.”

In a written statement, 94-year-old former pope had said he did not take part in a decisive meeting on the case when he was the archbishop of Munich. At the news conference where the legal report was presented, Wastl read out the minutes of that meeting. In it, then-Archbishop Ratzinger is mentioned in several places as a rapporteur on other topics.

The lawyers also identified misconduct by the former pope in three other cases, which he denies. These involve the transfer of clerics who had committed criminal offences and were allowed to continue pastoral care elsewhere. The retired pope wrote that he had “no knowledge” of their deeds.

Wastl repeatedly urged people to read Pope Benedict’s 82-page statement for themselves. It provided “authentic insight” into how a top representative of the Catholic Church thinks about sexual abuse, the lawyer said.

Archbishop Georg Ganswein, personal secretary to retired Pope Benedict, told Vatican News Jan. 20 that the retired pope would read the Munich report “with the necessary attention. The pope emeritus, as he already repeated several times during the years of his pontificate, expresses his shock and shame at the abuse of minors committed by clerics, and expresses his personal closeness to and prayer for all the victims, some of whom he has met on the occasion of his apostolic trips.”

It remains to be seen whether the report will have any legal consequences. The Munich state prosecutor’s office is investigating 42 cases in which the lawyers found misconduct on the part of senior church officials.

The lawyers refrained from making recommendations to their client, the archdiocese that commissioned the report. Cardinal Reinhard Marx, whom they mainly accuse of having delegated the handling of abuse cases, said he did not want to provide detailed comment for another week.

However, later in the day, he issued a statement, which began: “My first thought today is for those affected by sexual abuse, who have experienced harm and suffering at the hands of church representatives, priests and other employees in the space of the church, on an appalling scale. I am shocked and ashamed.”

In early summer 2021, Cardinal Reinhard Marx – the current archbishop of Munich – tried to resign from office to take responsibility for abuses – explicitly also for possible mistakes of his predecessors. Pope Francis rejected his request.

Cardinal Marx did not attend the news conference on the report, but planned to issue a separate statement later in the day. The Archdiocese of Munich and Freising said it would respond to the 1,199-page report on Jan. 27.

The day before the report was released, German bishops’ Advisory Board for Victims of Abuse issued a statement noting that a series of reports on abuse in the German church showed that protection of perpetrators took precedence over protection of victims.

It noted that future abuse must be prevented, but the suffering of thousands of victims must be acknowledged in a way that changes attitudes.

“Seeing and judging is over, it is time to act – finally to act,” the statement said. It added that all people, lay as well as priests and bishops, are responsible for factors favouring abuse.