3rd Sunday Reflection: Sunday of the Word of God 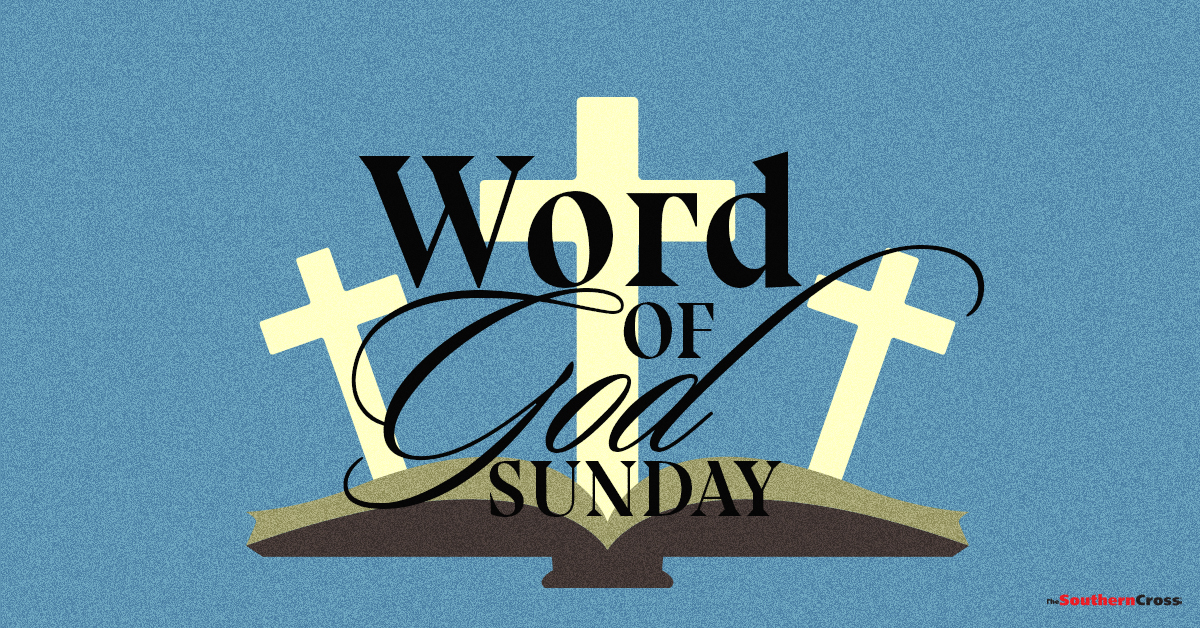 Our Franciscan world-view is rooted and blossoms in the Word of God, an abundant garden that comprises both the book of nature and the book of scripture. In the beginning, the genesis, before things began, before time, space or matter, was this Word, the Logos that is the thought, mind, awareness, consciousness, and creative potential that is God.

This Genesis story has gripped our imagination through the ages of our growing awareness and consciousness of being paradoxically immanent and transcendent, part of, and yet also beyond the grandeur of the Cosmos and the nurturing world around us that we call Earth.

Our genetic ability for language together with our brain capacity has given us the ability for language that is the crucible of thought and imagination which have moulded our civilisations. It has led us to the heights of understanding ourselves and exploring the universe but has also led us to the depths of irrationality, seeking to destroy both our essential human dignity and the earth.

This Genesis gives two images of our origins, made in the image and likeness of God through the Word spoken to life, while the second describes humanity moulded by God from the dust of the earth into which God breathes life.

The first image and likeness describe the potential of humanity towards the transcendent that is free, creative, having knowledge, language, and eternal life. The second image is one of bondage to the earth, toiling for survival, with relationships between people, and between humanity and creation in disorder and conflict after the dust of the earth receives the curse of the first murder victim’s blood, brother killing brother.

Things have gone wrong, God is rejected as our guide to Truth, structures of dominance and oppression are established, and the abundances of God, given for the benefit of all, are tied up with some groups while others are suffering and downtrodden.

God, now one with us speaks of a new order, the Kingdom of God, the acceptable year for the renewal of the creation,  a Jubilee year; an acceptable time to God for the re-balancing of wealth and resources between the rich and the poor, for the re-creation of a just society. Debts are cancelled.

Jubilee is the first thing that Jesus talks about in his public ministry.  It pervades his parables. It’s right there in the very prayer he taught us to pray; “Forgive us our debts as we forgive our debtors.” Jesus states that “this text is being fulfilled today even as you listen”. Those people who are the least, the outcasts, the rejected in this world, will be re-established in the kingdom of peace and justice. Not an earthy kingdom of domination of one group over another, but rather a companionship of power that blooms in the vulnerability of Love. Jubilee may seem like a pipe-dream, an idealistic religious fantasy. But it’s not just a religious ideal. If we acknowledge Jesus as the Messiah, these Words are life!

The current world financial crisis, with debts piled on debts that can never be repaid. Debts which force many families to tighten their belts and others to deprive themselves of the necessary should lead us to a strict examination of conscience regarding our own lifestyles. We need to ask ourselves whether we able to be scandalised by so much poverty and injustice in the world, or do we take refuge behind the easy statement that the problem is beyond us and therefore we cannot do anything about it?

As the sea is made up of countless small drops, so in the socio-economic sphere, our little drop can contribute to the soil of solidarity and kindness. A Jubilee Year acceptable to the Lord, the forgiveness of debts! An acceptable time to God for the re-balancing of wealth and resources between the rich and the poor; for the re-creation of a just society. Debts are cancelled.

Perhaps it is time for us also to begin again.