How Many Languages Does Pope Francis Speak? 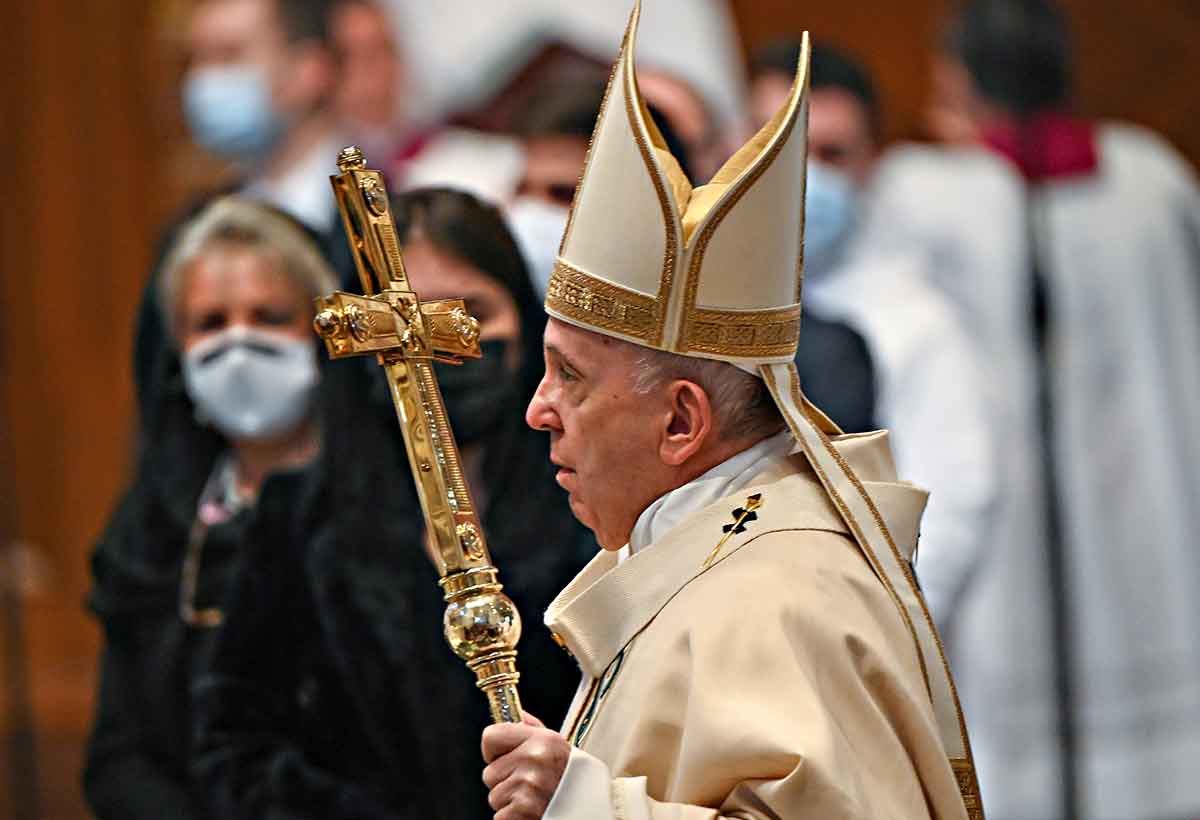 Pope Francis arrives to celebrate Mass on the feast of Christ the King in St Peter’s Basilica at the Vatican. (CNS photo/Vincenzo Pinto, Reuters pool)

Question: How many languages does Pope Francis speak?

Answer by Gunther Simmermacher – As an Argentinian, Pope Francis’ first language is Spanish. As the son of immigrants from northern Italy, he is also fluent in Italian and the dialect of the northern Italian region of Piedmont (around Turin), where his parents were from. As a priest, he had to learn Latin.

He also speaks French, German (he studied in Germany for some time in the 1980s, but his German, like his French, is basic), Brazilian Portuguese, and English. He has also studied Biblical Hebrew and Koine Greek.

It is English he struggles with in particular. He tried to learn English when he was studying for a while in Ireland. “The hardest [language] for me has always been English. Above all, the pronunciation, because I don’t have an ear for it,” Pope Francis has said. Generally, he is open about it that learning languages is not his greatest skill.

His predecessors had better ears. For Pope Benedict XVI, we can list his mother-tongue German (and doubtless the regional dialect of Bavarian, which has only a passing acquaintance with High German), Italian, Latin, French (all fluently), Portuguese and English (reasonably well).

The real pontifical polyglot was St John Paul II. He could walk into any pub and converse in Polish, Italian, Spanish, French, English, Portuguese, and Latin, and get by with Russian, Ukrainian, Slovakian and Japanese.