Do You Know Who CATHCA is? They Save Lives! 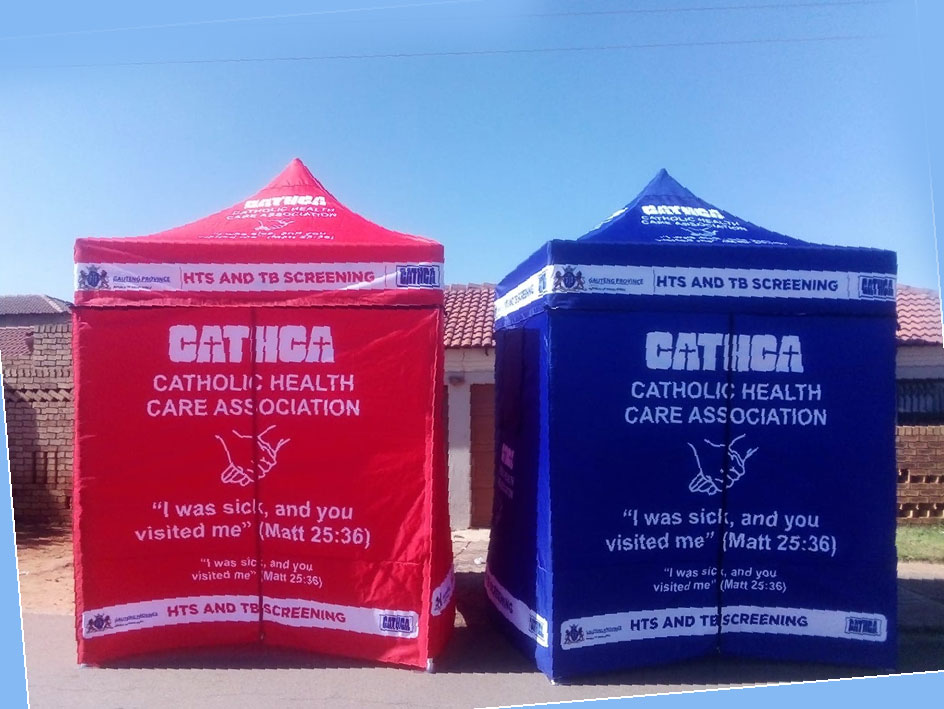 CATHCA in partnership with the Gauteng Department of Health, City of Joburg Health District is implementing a project on HIV Testing Services in the Sub-district E of Johannesburg, where the HTS Team has a Satellite office in Alexandra Township. The team provide daily HIV testing, linking to ART, Social Mobilisation, screening and referrals for TB, VMMC and any other ailment and psychosocial problems.

Areas, where the services have been provided, are Alexandra, Bramley, Bellevue, Grayston, Bryanston, FNB, Boxer, and Home Affairs.  We refer those who tested positive for ART initiation to the nearest clinics, and those who test negative if they are a high-risk population are referred for PreP which is medicine people at risk for HIV take to prevent getting HIV from sex or injection drug use. When taken as prescribed, PrEP is highly effective for preventing HIV.

One Friday morning while the team was providing HIV Testing Services to the community of Alexandra, a 42 year old male came requesting HIV Testing as he was recently from Prison, his test results came back positive, and he was immediately linked to ART at 8th Avenue Clinic where he was initiated on ART the same day. He told the HTS Counsellors that “I am glad as I now know my status and am on treatment which I will take correctly and consistently as prescribed by the Health Workers.

He continued to say “the service that I got from the CATHCA team was amazing and I will motivate and encourage others to come to this organisation because from the beginning they welcomed me and  they were very caring. They walked with me to the clinic where I was also well welcomed and the service that they provided was very good. I know that currently there is no cure for HIV, but my ARV’s will suppress my viral load until I am undetectable and when I am undetectable I will not transmit HIV to my HIV negative partner which will stop the spread of HIV and I know that their door is always open for me and they are always with me through my journey” said *Bongumusa Skhosana.