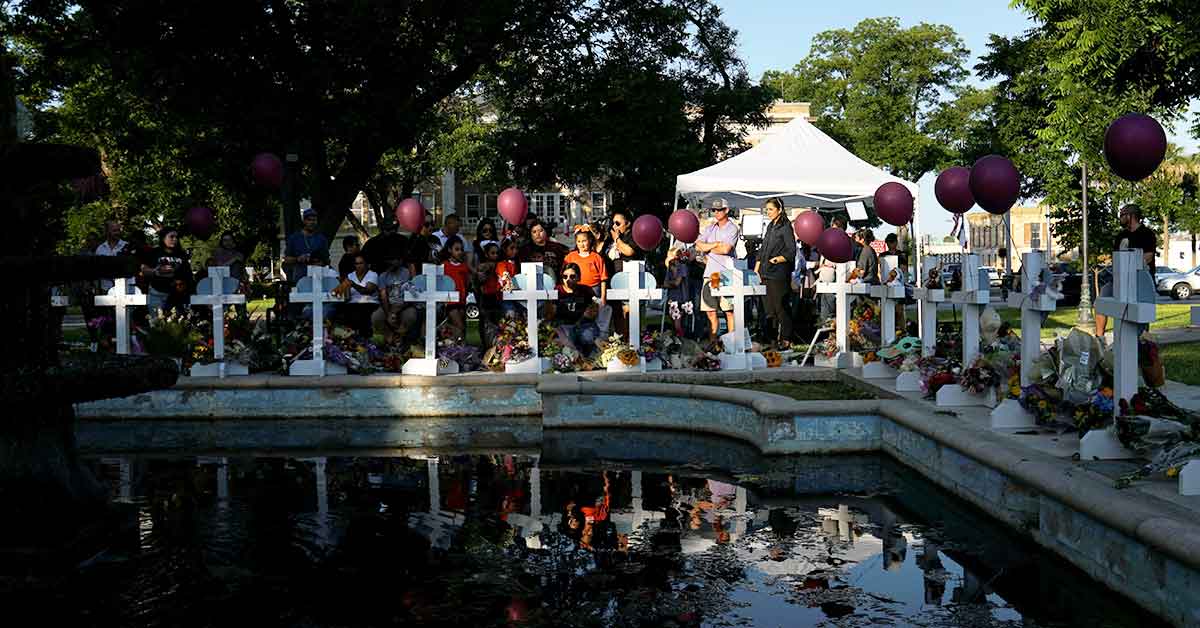 By Rhina Guidos – At a May 26 Mass, the Catholic community of Sacred Heart Church in Uvalde, Texas, comforted the four children of Joe and Irma Garcia.

Sacred Heart’s pastor, Father Eduardo Morales, told Texas TV news station KSAT that the Garcias were regular churchgoers, always willing to help with what the community needed. He said he wasn’t surprised to hear that Irma Garcia’s body had been found cradling her students.

Irma Garcia was one of two adults killed that day, along with 19 children after a gunman armed entered Robb Elementary in Uvalde.

San Antonio Archbishop Gustavo García-Siller, who has been accompanying the community of Uvalde, had met with the family earlier.

Father Morales told KSAT that family members and others in the community had been accompanying the Garcia children, ages 23, 19, 15 and 13.

“The best thing to do is just be there for them, you know, not to try to help them understand what happened and why it happened. Sometimes words are just not going to be enough,” he said.

The community was still trying to understand what exactly happened the day of the shooting as authorities gave differing accounts of their response to try to stop the shooter. Initially, they said the shooter had been wearing tactical gear, met with a security guard and exchanged fire before entering the school.

But none of that turned out to be correct and on May 27, Texas Department of Public Safety Director Steven C. McCraw said during a news conference that, in hindsight, waiting almost an hour to try to free the children trapped with the gunman “was the wrong decision.”

But it was a decision made thinking that the shooter had barricaded himself and no one was in danger, McCraw added.

“It was the wrong decision, period,” he said.

The shooter, who initially is said to have crashed a truck into a nearby ditch, seems to have entered the school with little difficulty at around 11:40 a.m., entering through a door authorities now have said had been propped open. He was shot dead at around 12:58 p.m. by U.S. Border Patrol officers. During that time, he fired 116 rounds, police said.