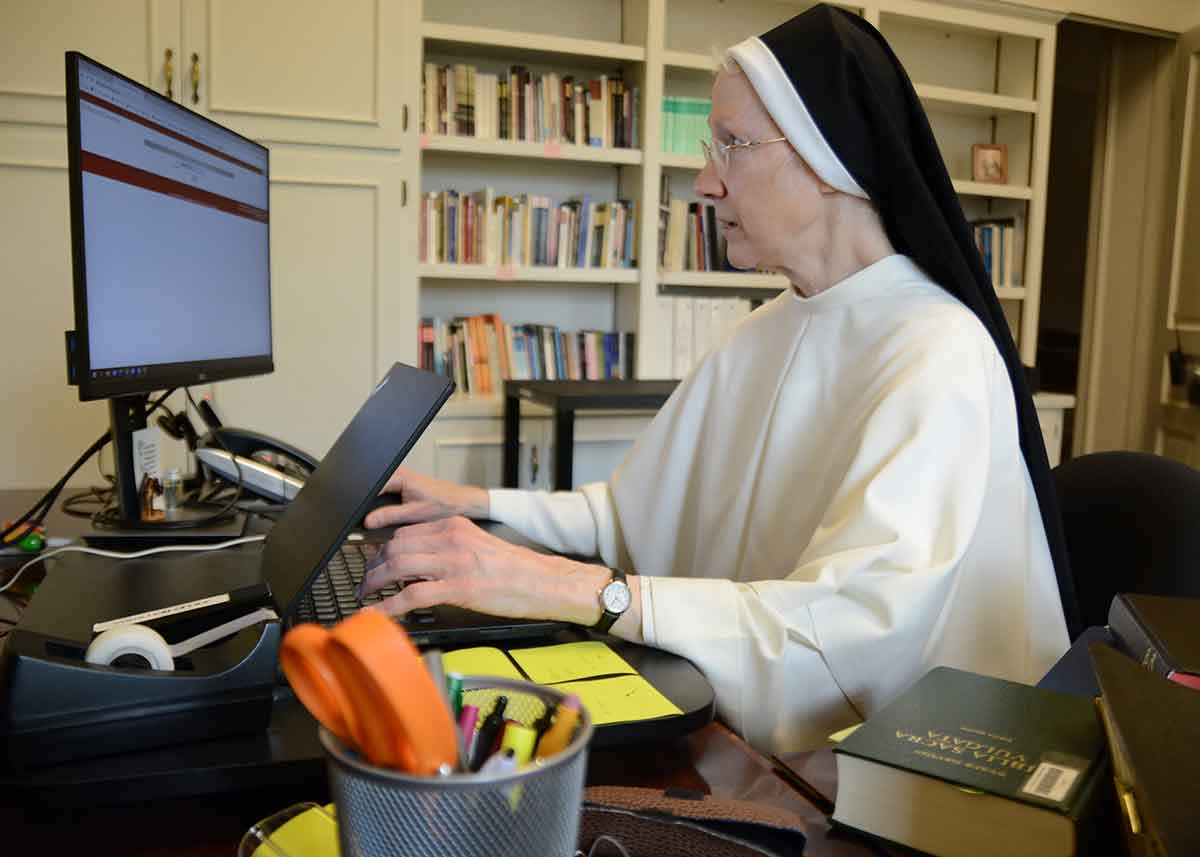 Sister Mary Dominic Pitts, a member of the Dominican Sisters of St. Cecilia Congregation in Nashville, Tenn., is seen in this undated photo. She and 250 others from around the world are working on a new translation of the Book of Revelation for a project sponsored by the Dominican-run École Biblique, the French Biblical and Archaeological School of Jerusalem. (CNS photo/Andy Telli, Tennessee Register)

By Katie Peterson – For the past five years, Sister Mary Dominic Pitts, of the Dominican Sisters of St. Cecilia Congregation in Nashville, has been deep in study of the Book of Revelation.

She and 250 others are working on a new translation of the last book of the Bible in a project known as “Le Bible et ses traditions” (“the Bible and its traditions”), or the French abbreviation BEST. 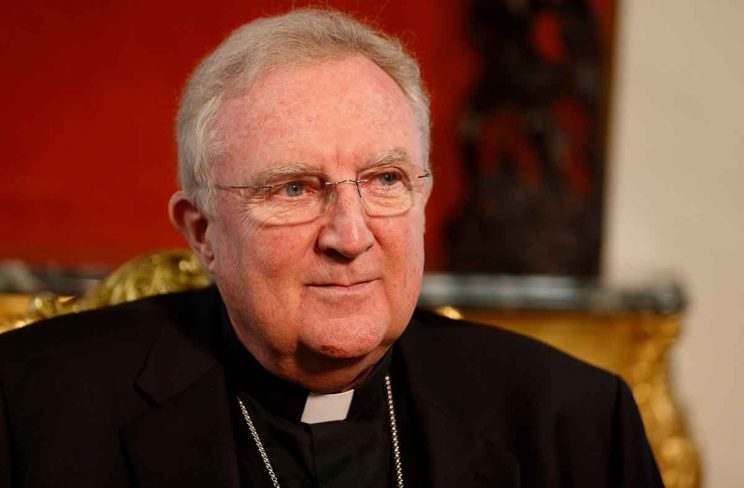 The project is sponsored by École Biblique, the French Biblical and Archaeological School of Jerusalem.

“École Biblique is a centre of research, translation and study of Scripture and archaeology. It is best known for its publication of the Jerusalem Bible,” Sister Mary Dominic explained.

The school was founded in 1890 in Jerusalem by Father Marie-Joseph Lagrange, a French Dominican priest, who was a Scripture scholar and pioneer in biblical exegesis. Its administration and much of its teachings are still in French.

Sister Mary Dominic had already spent two years writing notes on the Book of Revelation when Dominican Father Anthony Giambrone, vice director of École Biblique, called on her to do more in October 2019.

He said it was up to her to translate all five original languages of the book – the Latin Vulgate, the Syriac Peshitta and the three versions of the Greek New Testament – into English, as well as write notes on interesting grammar, words and more.

“Father Giambrone stressed the fact that they ‘needed a linguist’ to comment on the language-related aspects of the project. I think that my skill set with a doctorate in linguistics and in-depth study of the analysis of languages was what suggested my participation on the project,” Sister Mary Dominic said.

“It helps that I am an experienced editor, which helps keep the footnotes well written but short,” she told the Tennessee Register, diocesan newspaper of Nashville.

Sister Mary Dominic’s knowledge of the three languages came from years of study. In 2001, she studied Syriac with one of the world’s experts in the language, Dominican Father Stephen Ryan, during a summer course at Providence College in Rhode Island.

“That was an accidental acquisition,” she said, noting that she “signed up just for fun, never guessing that I would actually use it 16 years later.”

She learned Greek at Providence College as well, a requirement for her master’s degree in biblical studies. “I’ve tried to keep it up since then,” she said. “I have good dictionaries and grammar (books) to work with all these languages.”

She also has been studying Latin since high school and has continued her studies during her time at the convent.

“I translate them myself a verse at a time from all five versions to insert into the BEST platform in English,” she said. “The texts that I translate are the original ancient languages in their own spellings and alphabets.

“Any significant variants are ‘stacked’ vertically in the text over the word or phrase where they actually occur, one language on top of another for ease of comparison.”

She said the five versions “are translated as literally as possible to ‘stay true to the text’ especially from Syriac, a language not known as well as Greek or Latin.”

Extensive footnotes at the end of each chapter also are part of the translation.

“They are keyed to cover the verses and cover many linguistic and sociocultural facts never before commented on, including grammatical features, derivations and meanings of words, figures of speech, historical or other contextual facts, and Jewish and Christian tradition,” Sister Mary Dominic said.

Quoting the project’s website, she said the purpose of the translation is to “create the most extensive and helpful set of notes for the entire Bible, with information of interest both to biblical scholars and casual readers.”

As she continues to work on the translations, Sister Mary Dominic said, she expects to complete the project by the end of the year and has high hopes for what it will contribute to the church.

“Pope Leo XIII and Pope Pius XII issued encyclicals inviting modern study of the Bible so that Scriptures would be opened up to the faithful in the same methods that Father Lagrange pioneered at the École Biblique,” Sister Mary Dominic said.

“The BEST approach contributes to the richness of Scripture in, for example, ‘biblical polyphony’ resulting from the different versions and will restore the Catholic feel and appreciation of God’s many voices in Scripture,” she added.

For more information about the BEST project, visit https://www.ebaf.edu/project-best-2.