What Does the Church Say About Visionaries? 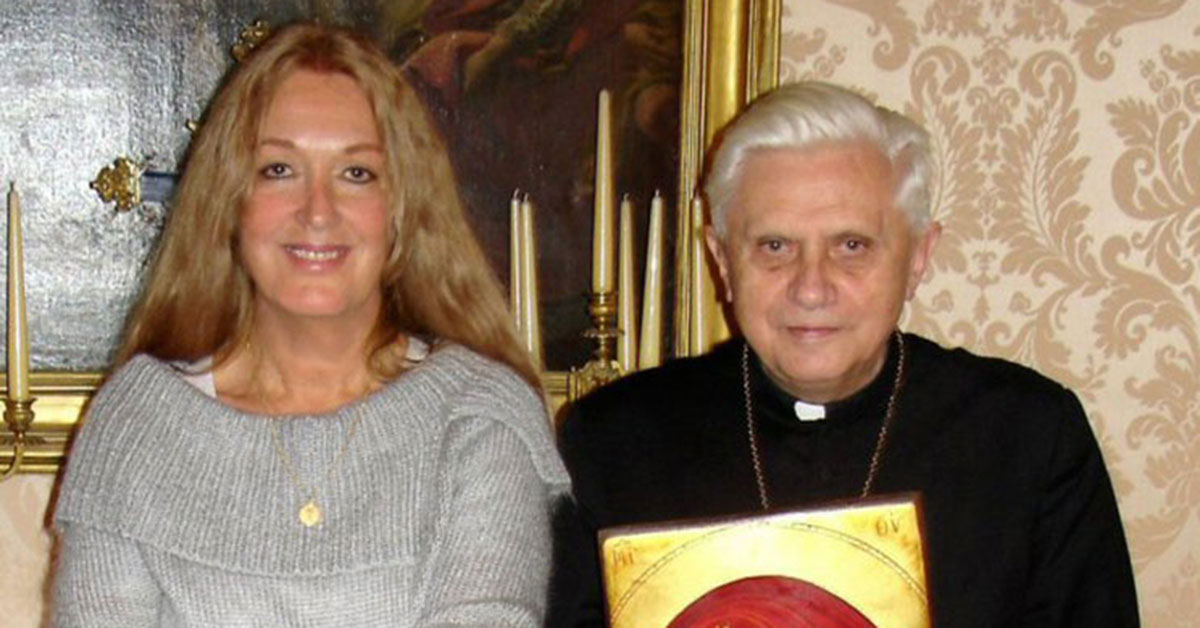 Vassula Rydén in 2004 with then-Cardinal Joseph Ratzinger, who had found against her visions in 1995. Photo: Niels Christian Hvidt/Creative Commons

Question: On the Internet, I have come across many private revelations and prophecies from several different sources. Many claim to have been given messages from God, from Jesus and Our Lady, and some reportedly from the saints. Many concern the end of time and some even make frightening statements. What is the Church’s teaching on private revelations?

Answer: Public, as opposed to private, revelation was completed in the New Testament, and is found in Scripture and Tradition. No more can be added to it until Jesus returns, and as Catholics, we are bound to it.

We are not, however, bound to believe in private revelations, which mostly are linked to apparitions of Jesus, Mary or saints. These include famous instances such as the Marian apparitions of, say, Fatima or Lourdes with their messages, or by Christ, giving rise to the Sacred Heart or Divine Mercy devotions. Catholic devotions such as the brown scapular and even the rosary are also the result of private revelation.

At best, the Church can by its authority recognise these revelations and declare them worthy of belief, and even incorporate them into its devotional life. But, as the Catechism of the Catholic Church states, they do not belong to the deposit of faith, and therefore no Catholic is obliged to believe in these revelations.

Claims of revelations are subject to a rigorous process of investigation to ascertain that those who report them are credible in their witness, and that the messages emanating from these revelations are doctrinally and theologically sound.

That process usually begins at the diocesan level, and after due consideration, the bishop may approve it for local devotion. If he or his successors then see that it is producing healthy devotion, he may seek papal approval for it. A bishop can, however, overturn a judgment by his predecessor.

Some claimed revelations are rejected by diocesan bishops as unworthy of belief or even as fraud. Most of the alarmist end-time revelations seem to fall under one or both of these categories. Some people spin conspiracy theories which allege the Church’s coverup of misdeeds — a convenient smear when such revelation is then condemned by the Church. Some supposed revelations are openly schismatic and are therefore not consistent with the Catholic faith.

Sometimes the Church finds a middle way. For example, in 1995 the Vatican declared the claimed revelations reported by the Greek Orthodox mystic Vassula Rydén contained doctrinal errors. It instructed Catholics to regard her messages not as divine revelations “but only as her personal meditations”.

Before we attach any weight to a reported revelations, we ought to use our facilities for research to determine whether it has the Church’s support. Obviously, when a revelation is condemned, Catholics should not follow it. And when the local bishop has not approved it yet, we ought to proceed with caution, or, as in the case of the controversial apparitions of Melbourne, scrupulously follow the lead of the Vatican.

We must beware of forcing private revelations and their devotions upon others, or of having them forced upon us. Indeed, it is not spiritually healthy to place private revelations at the centre of our faith lives, even if they are approved. Like the saints, they may fruitfully aid and sustain us in our faith. Statues of Our Lady, images of the Sacred Heart, or pilgrimages to sites of apparition are all excellent ways of living our faith. But these must always point and lead us to the centre of our faith: the public revelation of Scripture and Tradition.

As the Catechism puts it, the role of private revelation is not “to improve or complete Christ’s definitive revelation, but to help live more fully by it” (67). The Catechism also warns about schismatic and non-Catholic revelations and prophecies that claim to “surpass or correct the revelation of which Christ is the fulfilment”.