Enough of the Sneering! 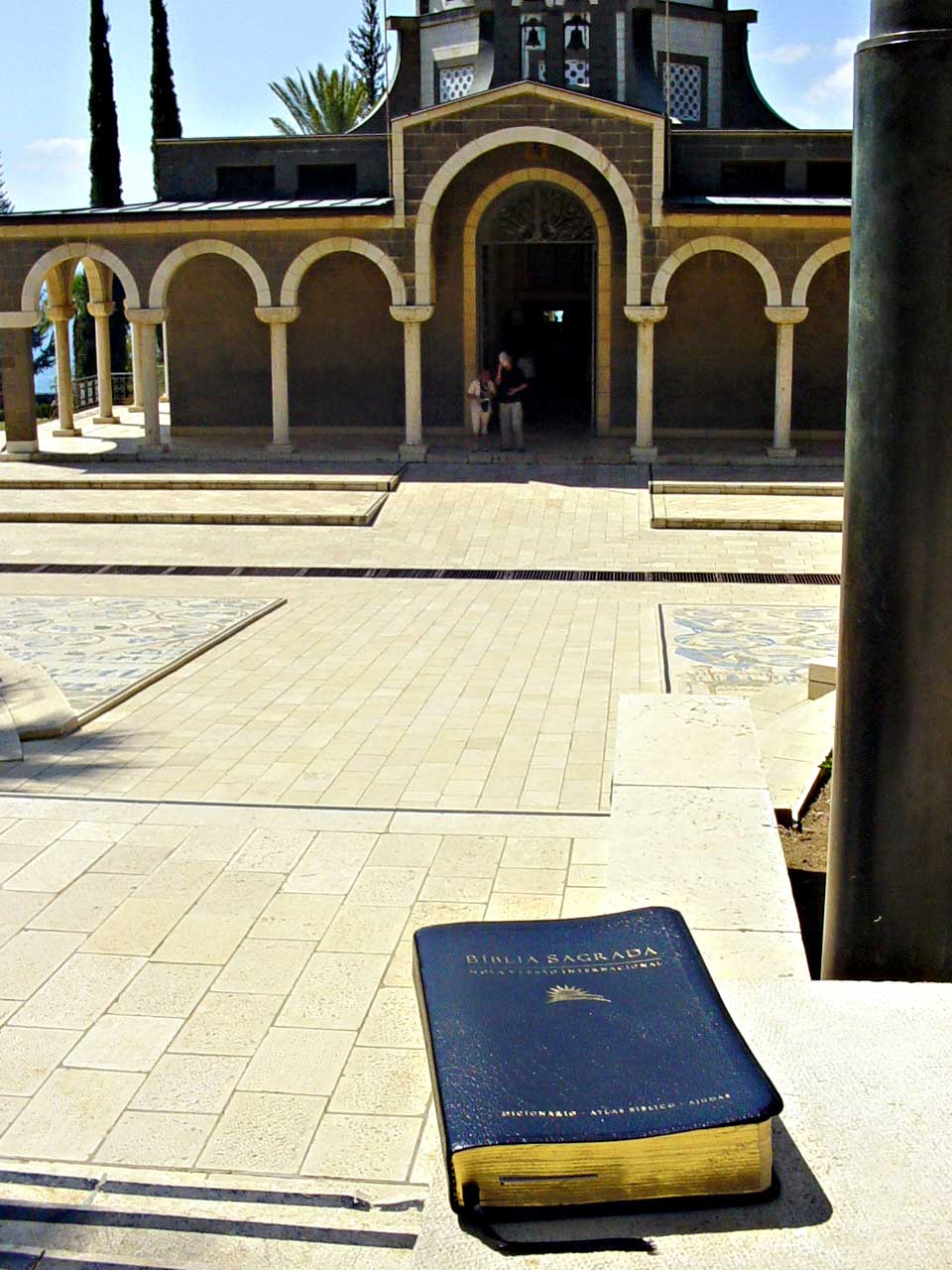 The church on the Mount of Beatitudes which commemorates Jesus’ famous Sermon. Photo: Günther Simmermacher

As people of faith, we are used to the mocking of those who reject religion. Günther Simmermacher says he is getting bored with it.

Few things are more inane than calling the profound inane. That happened in a column in the lifestyle section of a Sunday newspaper recently. I won’t reveal the author nor publication, though both are well-known. In charity, I assume that the quality of that particular column reflected the deadline pressure brought about by the writer’s tendency to procrastinate, which was the subject of the article. In his long, illustrious career, that writer has delivered much superior work.

One of the piece’s stabs at humour included a gratuitous sneer at the Bible, one that was all the more frustrating in view of the author’s Catholic background, by family and schooling. Our writer jested: “I wasted most of my primary education years on a subject called Religious Education, committing to memory inanities such as the Sermon on the Mount, Jacob going all WWE on God, and a bizarre guy called Balaam giving stern lectures to his donkey.” More vexing than this poorly conceived jibe, which had little relation to the gist of the column, was that the editors thought it so good as to use it as a pull-out quote.

Now, before I get accused of infringing on the rights to free speech and opinion, let me make it clear that I’m not agitating for censorship — though I do appeal for judicious editorship. Calling the Sermon on the Mount “inane” is not even offensive. It’s cheap. The Sermon on the Mount is by any measure profound and powerful. It was also the blueprint for non-violent resistance.

Gandhi was strongly influenced by it, and said he read from the Sermon every day. In South Africa, the struggle against apartheid was predicated on non-violent resistance, based on the Sermon on the Mount (until the apartheid regime made that as the only kind of struggle impossible).

The Sermon defined the strategy of the Rev Martin Luther King Jr and his (mostly Christian) associates in the US civil rights movement. Gandhi, Luthuli, King… all rendered “inane” in one pull-out quote.

Most of those who giggled at the proposition that the Sermon on the Mount is “inane” likely also grieved the death of Archbishop Desmond Tutu in December. Certainly, Tutu had a way of bridging the divide between Christianity and secularism. Yet, if you mourned Tutu and at the same time mock the Gospel, which was at the basis of all he was and all he did, then you missed the point of the man.

Generally, Christians are used to the superior sneering of some people of no faith — in newspapers, films, comedy, maybe even in our own social circles. There is a fashion among many atheists to belittle what they don’t understand, following the lead of Richard Dawkins rather than that of Stephen Hawking. The former is a general in a war against strawmen, while the latter served alongside Catholics on the Pontifical Council for Science, despite also being a devout atheist. Frankly, if my faith was anything like what the ilk of Dawkins think it is, I’d not have it either.

Personally, I have no problem with people not sharing my faith. Some of my atheist friends are better Christians than many Christians I’ve come across, and I believe that God will exercise his prerogative to look after them. I respect their philosophy even as I regret that they don’t share mine. And I demand that this respect is reciprocated.

I demand that my faith not be belittled as an “intellectual deficiency” (the sheer arrogance!) or a “mental Illness” (seriously!). I demand that my philosophy not be reduced to stupid tropes involving “an imaginary friend on a cloud”. I demand that I not be challenged to explain my faith by “proving” that God exists (though if I should find such proof, I shall expect my interlocutors to submit to the evidence). I demand that the things that are sacred to me not be mocked, since such derision is not only the mark of an immature intellect but also, more grievously, a sign of lacking respect.

If my demands are not met, I shall not judge such people, lest I be judged — as the Sermon on the Mount warns. But I will reserve the right to not read your newspaper, to turn off your movie or comedy show, and to find better friends…