Remember Those Who Have Raised Us 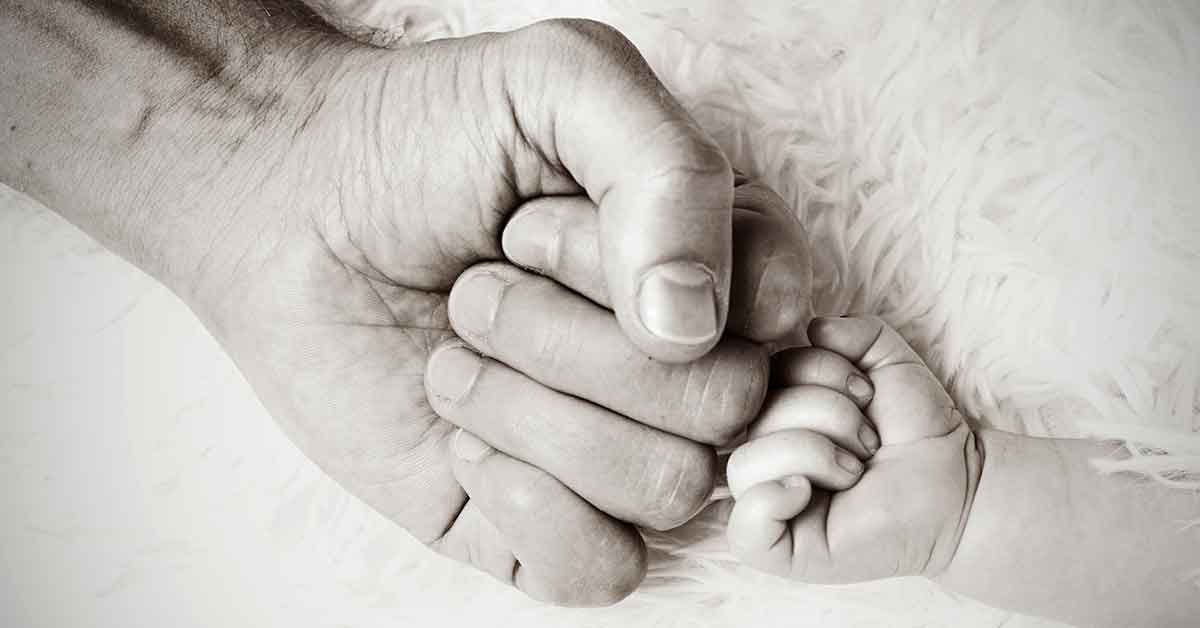 In May we marked Mother’s Day, and in June we will be celebrating Father’s Day. These are both great occasions to remember those who have raised us.

In some cases — perhaps fewer than we might think — they are our biological fathers and mothers. In many cases, those who have “parented” us will be drawn from a broader group: stepmothers and stepfathers, aunts and uncles, older brothers and sisters, grandmothers and grandfathers. Sometimes we will have had one of each gender; sometimes more than two parents, sometimes fewer. These are often referred to as “modern families”, as if it is only recently that we have broken the mould of mom+dad+2,4 kids.

But a glance at families in the Bible (from Abraham to Joseph and all the way along) shows that history is full of examples of people making families in creative and adaptive ways. We say the prayer “Our Father” so often that we might easily forget how radical Jesus was being when he introduced that to his disciples. Most religions use terms that stress how exalted the Godhead is and how great the distance between the divine presence and our own existence: “Lord”, “Creator”, “All-Powerful”, “the One”, “the Almighty”. Christianity does not abandon these but places alongside an injunction to address God as “Father”: not the distant origin of creation but the immediate and intimate source of life. And in his parables, Jesus reinforces this image: What kind of father would give his child a stone, or a snake, or a scorpion?

When he speaks to God, Jesus himself is even more intimate, using the term “Abba” (which is close to “Daddy”). It is also noticeable that on the cross, when Jesus expresses his fear, he cries out, “My God, my God”; but when he accepts his fate, he returns to the familiar, “Father, into your hands I commend my spirit.”

Jesus uses only the term “mother” to refer to Mary, though he does share her motherhood with St John, the beloved disciple, and by extension with all of us. That is why we call Mary our mother, too. But Hebrew Scripture uses “mother” alongside “father” to refer to the Divine (who after all, by definition, encompasses all that is female as well as male). For example, “My mother’s house” is a model of a place of safety (Song of Solomon 8:2), and “God comforts us like a mother” (Isaiah 66:13). So we have a good tradition of understanding God as being like a model parent — caring, protecting, providing, accepting. And parents, at their best, imitate that model.

Working with some of the desperately poor people that we see at Durban’s Denis Hurley Centre (which I serve as director), I am always struck at how a mother, even when she has so little, will still prioritise the needs of her children. Often, refugee mothers will come and seek help in our clinic only for their children; that then gives us the chance to examine and help the mothers as well.

A question of trust

Of course, not all parents are perfect all the time (any more than we as children are perfect). But in having listened to some young friends talk recently about their parents, I do wonder if we actually trust our parents enough. There is a critical stage at which the child becomes an adult and so the relationship becomes adult-to-adult. This can be hard for both sides and the temptation — because it is safe and it is easy — is to continue the parent-child model.

When that happens, increasingly the young adult will become secretive, fearing that their parent will disapprove of choices they are making. Of course, sometimes they will disapprove: we don’t all agree about everything. But the challenge is to be able to live with the difference of opinion and still maintain a loving bond regardless.

I have heard recently of educated, intelligent, independent young adults who are terrified to tell their parents about the careers they want to pursue, or the people they have fallen in love with, or the way they want to develop spiritually. They fear they will disappoint their parents, and so they keep that aspect of their lives closed off — not sharing their professional dreams, not introducing their partners, not talking about their self-discovery. In so doing, they inadvertently deprive their parents of knowing their own children for who they are.

I recall a friend who was worried about coming out as gay to his very devout Methodist mother. When he finally did, she looked surprised and admitted she did not know how to react. “It will take me a while to understand,” she said, “but in the meantime, of course I will still love you.” That was the reassurance he needed.

I have been blessed that my own parents have repeated and stayed true to the mantra: “As long as it makes you happy.” Thus, I was not afraid to tell them when I was giving up a high-flying corporate career to become a Jesuit; nor (perhaps harder) that I was giving up becoming a Jesuit to do whatever the Lord had planned for me. The ability to be open with them has saved me from bad relationships and bad career options; and affirmed me in good ones.

Children need to trust their parents. But parents need to reassure their children that they can be trusted. Of course, there is going to be a generational difference. There may also be differences of education, of outlook and of religion. But the bond is still there. If we do not share who we are with the people who nurtured us (whether our biological parents or not), then whom are they really loving? The authentic me or some plaster saint version that does not actually exist?

I marvel to see the close bond between a woman I know, who has been a single parent, and her child who is now exploring their identity and questioning all kinds of things. The look of love and trust and acceptance that exists between them is a joy to watch.

I like the metaphor of the archer and the arrow. The parent is the archer who prepares the bow, aims the arrow and then has to let go; the child is the arrow, shaped and directed by the archer but ultimately free to travel where it wishes. Parents cannot and should not make their children live lives that they have set out for them. And children will go mad if they pretend to live someone else’s life.

The best way we can celebrate Mother’s Day and Father’s Day is to be willing to have as open and trusting a relationship between parent and child as the one that we know exists between God and each of us.