Over the past few weeks, Catholics and people of other faiths have been praying for the rains to come to avert the crisis. I do not want to undermine or diminish the power of prayer, but it is worth asking ourselves what we feel the act of prayer in itself is actually doing.

The Power of Disability

At the Denis Hurley Centre in Durban, we aspire to live up to Pope Francis’ vision of the Church as “the House that welcomes all and refuses no one”. So, as well as providing a safe place for those who are homeless, or refugees, or drug addicts, we also try to be a place where people with disabilities feel welcome.

More than Money: The Stakeholder Society

Shareholders come and go as they buy and sell their shares, but stakeholders often have a much more enduring relationship with the company.This concept has even more relevance for Church organisations and NGOs since there are no shareholders in the commercial sense.

There is one group whose work over the holiday season will probably go unnoticed since they work invisibly during Christmas and indeed throughout the year. That group are seafarers.

Do We Spend Money Well?

First and foremost, our duty is to make sure that we do not waste the money entrusted to us. I am afraid I have been involved in the past in some very well-resourced charities who happily use money because it’s there, without stopping to think if they are actually getting value for their spend

Following in the Footsteps: The Denis Hurley Pilgrimage

I was involved in a profound experience like this a few months ago when we organised two consecutive Saturdays of driving around KwaZulu-Natal in the footsteps of Archbishop Denis Hurley, the long-time head of Durban archdiocese who died in 2004 after whom the centre I work for was named.

As you walk around the “Eternal City” — and I walked 50km in four days — you are conscious that you are treading on the bones of the past.

Drug addiction – it’s a scourge in our cities and villages. It wastes lives and it destroys families. It’s a social problem, a medical problem and a moral problem. It affects every type of family, regardless of colour, religion or income level — but inevitably the poorest suffer more.

In so many areas of our lives, we have overcome our prejudices to exercise gender sensitivity in language.

How Drama Opens Spaces for Honesty

The National Arts Festival in Grahamstown is always full of surprising drama delights, secular and also sacred. Among the latter this year, I was pleased to encounter an a capella gospel group from a...

Our Youth: No Angels or Helpless Victims

The celebration of Youth Day, and remembering the extraordinary sacrifices and bravery of the Soweto youth of June 16, 1976, is these days often accompanied by a lament for modern-day youth: “The trouble with...

Whom Shall I Send? The Next Generation of Leaders

Our newspapers and TV have been full of comments and questions recently about leadership. Often unfavourable comparisons are made between current political leaders and heroes from previous generations. Has the current generation lived up... 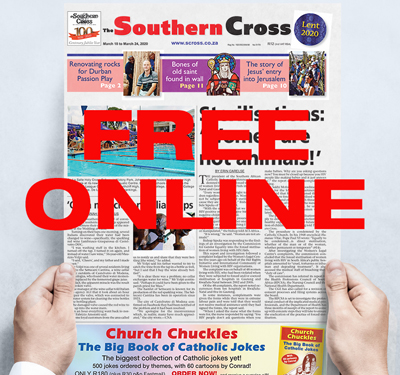 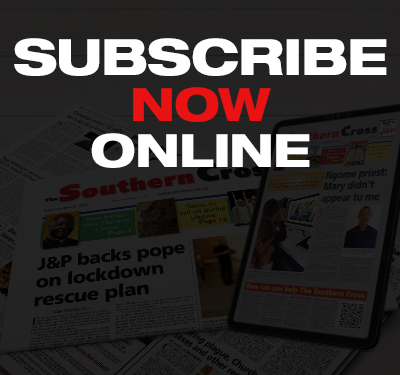 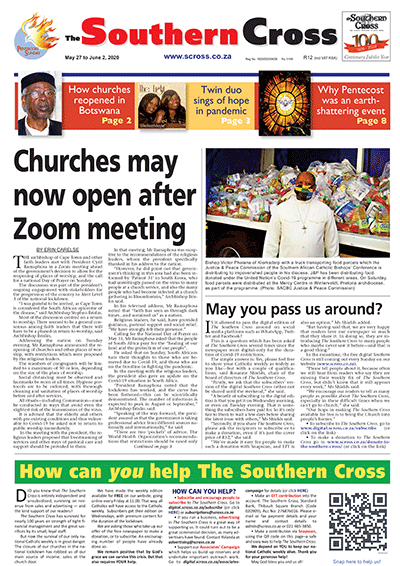