Before becoming a bishop, Fr McCann had been The Southern Cross editor, from 1941-48. He would return for a second stint from 1986-91. The Southern Cross is therefore the only newspaper ever to have been edited by a future and an existing cardinal. 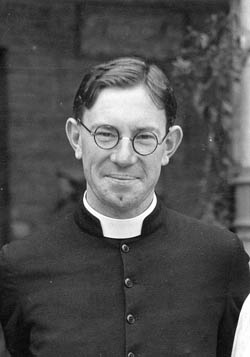 Fr Owen McCann, Southern Cross editor in the 1940s, and later cardinal-archbishop of Cape Town. After his retirement, Cardinal McCann edited The Southern Cross for a second stint.

The Second World War had been raging for two years when Fr McCann succeeded Mgr Colgan. When the war broke out, the newspaper anticipated a 30% decline in advertising, with Lever Brothers and Woolworths among the first to suspend their contracts. There was enough reserve of paper to continue production for a few months, but an extra stockpile of 10 tonnes was ordered immediately from Sweden.

In the end, The Southern Cross had to cut pages and occasionally change its format to adapt to paper availability, but throughout the six years of war, it appeared every week  as it has done, without fail, for more than 90 years since the first issue came out in October 1920.

The war affected circulation. In 1941, Mr Peart in his annual report attributed the first decline in circulation since 1936 to “so many of our Catholic young men having answered their country’s call to arms”. One of these Catholic men was board member JB Robertson, a former cricket Springbok and future chairman.

Mr Peart, a lieutenant and father of three priests, also was periodically absent on military duty and resigned as chairman in September 1942, having been associated with The Southern Cross since its beginning. He was succeeded by Mr AT Drew, who in turn was replaced by Gerald McLoughlin in 1944. Mr Peart died suddenly in 1946, shortly after returning from Sunday Mass. The same year, Mr Robertson became chairman, and future chairman Jean Pothier joined the board.

Politically, The Southern Cross was unequivocally on the side of the Allies. However, it had strong sympathies for the fascist regimes of Portugals Antonio de Oliveira Salazar, whom Mgr Colgan thought to be one of the greatest Christian statesmen in the world today, while in 1943 Fr McCann expressed his admiration for both Salazar and Spain’s dictator General Franco. 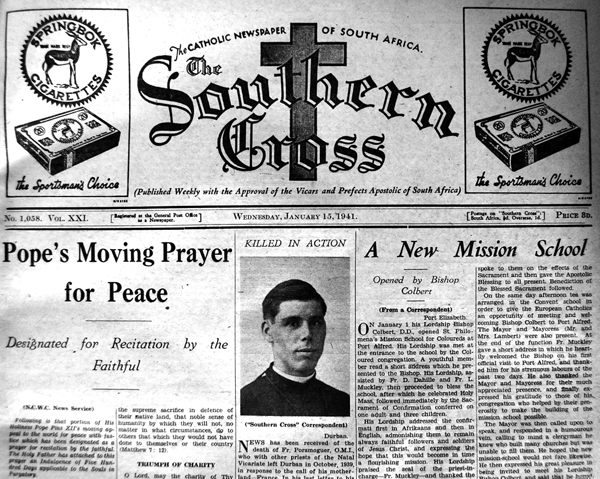 Soon after Fr Stubbs became editor in 1948– a position he would hold until 1972 – managing editor Mr Rowntree left. He had not been on excellent terms with several directors, who took the opportunity of Mr Rowntree’s departure to raise the notion of employing a layman as editor, with a priest appointed to vet the newspaper every week. The proposal was not carried, but the next managing editor was given greater scope than his predecessor. 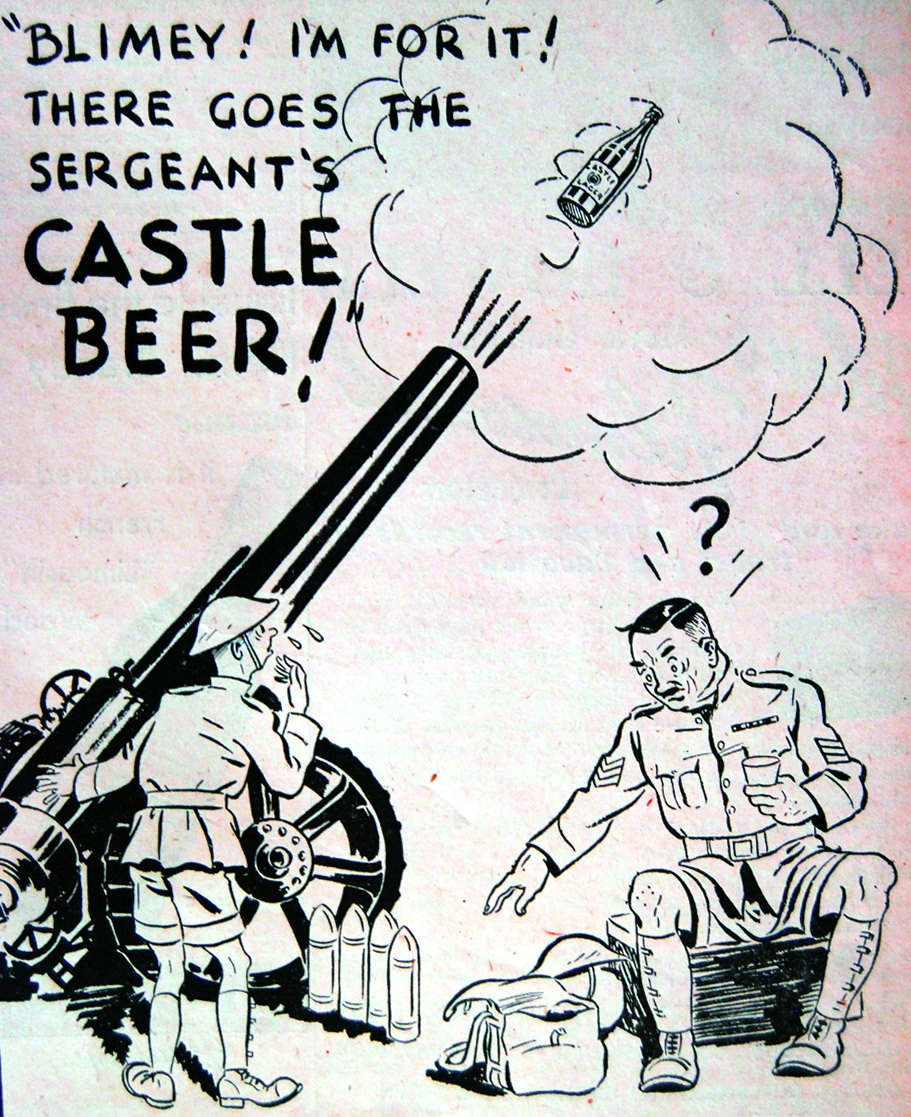 A war-time ad for Castle beer in an edition of The Southern Cross in 1940.