Few things trouble me in our country more than our economic policies and the liberal interpretation of our national Constitution. I have written at length about the former on these pages, but not enough about the latter. 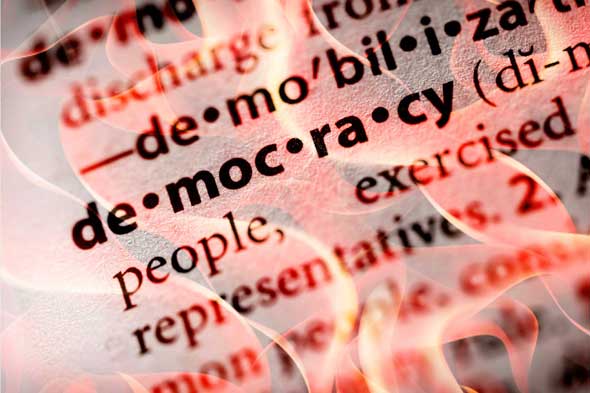 The Constitution is supposed to be the embodiment of the spirit of the nation, formulating its practices and aspirations. Even though ours is often praised as being among the best in the world, I feel it is not the embodiment of the spirit of our nation, at least not the majority of our people. Instead, it embodies liberal values that are foreign to the majority of our people.

Perhaps that is not such a bad thing, says my liberal friend, seeing that were we to follow the majoritarian spirit we would end up killing more foreign African nationals and gay people, and forbidding assisted suicide.

It is unAfrican to kill a human being — even when doing so is a means of severe mercy — but my friend brings me to the gist of my discomfort with what I call the hegemony of liberal values in our national discourse.

Much has been said about how the majority of South Africans are not Afrophobic, and many excuses have been made about the socio-economic situation in townships that foment these sporadic riots. It has been made clear that, valid as these may be, they still do not excuse incidents of criminal violence against foreign nationals.

The role of the courts, in particular higher ones, is to confer on our judiciary the power of reflection in deciding whether a particular law conforms to the framework of our Constitution. This judicial review is supposed to act not in defiance of the will of the people, but in addition to it while protecting the rights of the minorities against majoritarian abuses.

In South Africa the judges tend to sit only as legal experts, concerned mostly with their own professional ethics than the spirit of the nation. The problem is that the judge doesn’t simply preside over a trial—the judge is also the jury who convicts or acquits.

This calls to mind the saying of somebody being the judge and the jury, with the general implication being that it is undesirable for somebody to wield both authorities.

Legal structures that have jury systems do so in consideration of other countervailing interests of the community which judges, relying only on cold legality, might disregard. This is why the jury usually comprises ordinary members of the community.

That absence of the community’s influence explains why high-profile cases in South African tend to shock the public when these are decided on or influenced by technicalities.

The idea of a jury was to democratise the legal system by investing it with the spirit of the community so that the courts are not seen to be operating in a legal vacuum.

In a sense, the panel of judges in the South African highest court partially fulfills the demand for a jury, since the panel does act as a well-informed jury. But there are two interrelated problems with it. It still limits the burden of decisions only to legal minds which are trained in a similar manner, one that lacks diversity of cultural and intellectual background,

And that is one of the reasons why justice is so costly in South Africa, and thus available only to the rich. To persuade the bright legal minds on the bench, you need a similarly bright—and therefore expensive—attorney. It is a travesty of justice.

It is foolish to assume that judges are neutral individuals who consider cases based only on presented evidence before them. Judges have their own prejudices and cultural preferences. And the predominant one in our country are liberal values.

The ironic reality of liberal values presiding over a nation whose majority is not liberal is a recipe for disaster. Soon people lose respect for a law that does not represent their values.

Liberalism took over almost all of the institutions of democracy in the 21st century, legitimising them as the historically evolved effect of human nature.

This is why even exposing the incoherence of liberal ethics does little to undermine the substantial control these have over modern culture. Because the majority of lecturers, managers, judges and other heads of modern institutional bureaucracy operate by a liberal ethos, and that ethos exercises control over all the all our practices.

Consequentially the spirit of the majority is being seen as crude and unsophisticated, in need of civilising by liberal values.

With that the need for open debate is closed when it comes to these issues.

There is a desperate need for an open Constitutional and Economic Policy Convention in this country before things get too much out of hand. The current policies are not serving well our democratic needs — and in this I include the electoral system.