Rules for Women in the Sanctuary?

I believe there are norms in place to regulate having women in the sanctuary during liturgical rites. If so, what regulations are there because where I sit there appear to be none in practice? J Quinlan 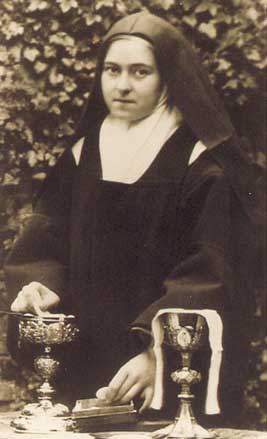 St Therese of Lisieux performing her duties as a Sacristan

You know from reading the Old and New Testaments that God chose only men to be his priests and ministers in rites of divine worship.

God instructed Moses to appoint Aaron and his sons to be his priests, and so the Levitical priesthood was born (Exodus 28). The twelve apostles chosen individually by Jesus to become his missionaries and ministerial priests were all male.

The rites of the Church are traditionally the preserve of men. For a long time the ministries of acolyte (altar server) and reader, among others, were undertaken by men in training for the priesthood. They were ordained as minor clerics because they were on the road to major orders. Yet in practice laymen with no desire for priesthood had been altar servers for years, and also sometimes did the non-gospel readings.

Pope Paul VI in 1973 recognised this. In his apostolic letter Ministeria quaedam, he abolished the minor orders and gave lay people greater freedom to serve in the sanctuary, especially to read the non-gospel texts, to serve at Mass and to distribute Holy Communion in church or to the housebound and sick.

However, he added that in accordance with the ancient tradition of the Church, institution to the ministries of reader and acolyte is reserved to men.

The apostolic letter reaffirmed the Church’s understanding that laymen were extraordinary ministers in the sanctuary and out. The ordinary and proper ministers remained only the bishop, priest and deacon.

Then came a surprise. The newly promulgated revised Code of Canon Law of 1983 directed that lay people can receive a temporary assignment to the role of lector in liturgical actions. Likewise, all lay people can exercise the roles of commentator, cantor or other such, in accordance with the law (c 230.2). The canon did not refer to men only, and so in 1994 the Church officially let women into the ranks of these ministries.

In response to your question, the Congregation for Divine Worship said that bishops were free to decide if there was a need for female altar servers; that they must promote groups of altar boys and vocations to the priesthood; they must give reasons for letting females serve at the altar; this service is not a right but a temporary assignment.

In practice in the Western Church and in our own territory, women in the sanctuary and in other positions of service, present no problem to the faithful. The regulations of 1994 and similar others since, allow for the bishops to be sensitive to local and cultural conditions and to act accordingly.