Why the Pope slams Big Business

Mr Mbeki was ending his Beyers Naudé lecture when he quoted the section of Laudato Si’ that calls for “the principle of the common good” to tackle growing global injustices (paragraph 158, if you’d like to read up on it). 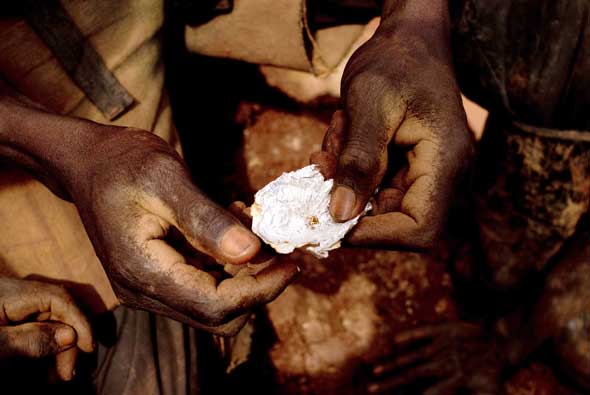 Laudato Si’ is emerging as the progressive document to refer to when discussing global problems of our era. The pope’s staunchest critics are market fundamentalists.

Market fundamentalism proposes the freedom of the markets and private property. Catholic Social Teaching calls for an economic system that serves as an escape from hunger, poverty, unemployment and general misery that undermines individual human dignity.

The proponents of the market system claim that if the pope wants more social justice, then he must support an expansion of markets into the developing world.  Countries with poor human rights and social justice records are so because they have scant or non-existing market systems, they claim.

On face value there is a semblance of truth to some of their claims. Multinational corporations bring with them a network of experts in production, design, marketing, sales, finance, accounting, human resource management, logistics, taxes, contracts, and so on. This is supposed to make for transformative reorganisation that increases economic production.

But experience reveals something different.

In natural resource-rich Africa, income from the multinationals mostly introduces the phenomenon the economics call the “resource burden”. That is the distortion of national economies by the revenue governments receive from their unearned resources through economic rent.

This means that, more often than not, these governments serve and respect the needs of multinationals more than economic and social justice for their own people.

Sometimes this leads to tragic consequences, like the Stadium massacre in Equatorial Guinea, or the Marikana massacre in South Africa.

The departure of Western colonialism, when African states won their sovereignty, ushered in the corporate behemoths of the resource industry.  These retained and advanced the economic interests of the West, just as it was before.

The technological advances of the new millennium came with intensification for basic commodities that lie in abundance in Africa, like tantalum ores (used in cellphones and game consoles). It also brought new players, like China, into play in the scramble for African natural resources.

The surging demand for coltan, for instance, made Congo ripe for the picking and complicated to infinity the rival conflicts of the region. This made it a paradise for warlords who derive lucrative incomes from illicit trading on these minerals with multinational corporations or state-owned Chinese business.

Writing in his seminal book on the topic, The Looting Machine, former Financial Times correspondent for Africa Tom Burgis says: “UN investigators have documented European and Asian companies purchasing pillaged Congolese minerals. Once the ores are out of the country, it is a simple step to refine them and then sell the gold, tin, or tantalum to manufacturers. The road may be circuitous, but it leads from the heart of Congo’s war to anywhere mobile phones and laptops can be found.”

Similar situation exist with oil in Nigeria; whereas in Zambia, with its copper riches, the government and the army replace the warlords with similar results, minus war atrocities.

Having disregarded their civic duties and responsibilities, the non-democratic African governments rely more on the incomes they derive from dealing with multinational business through illicit trade that is not reflected on national treasury. They then use that income to buy back weapons from the West and China that in turn are mostly manufactured by the multinationals, to bolster their security arrangement for oppressing their citizens.

Chinese state-owned business change the practice a little sometimes by offering national infrastructure development in exchange for raw materials, but the script stays the same in other matters.

I am sure when Pope Francis was writing the encyclical he had this in mind, hence his harsh language against multinationals.  In Laudato Si’,  he quotes from the 2009 Christmas message by Argentinian bishops—who at that time, of course, included him as well.

Multinationals, they said, “do here what they would never do in developed countries or the so-called first world. Generally, after ceasing their activity and withdrawing, they leave behind great human and environmental liabilities such as unemployment, abandoned towns, the depletion of natural reserves, deforestation, the impoverishment of agriculture and local  stock breeding, open pits, riven hills, polluted rivers and a handful of social works which are no longer sustainable”.